After a season of toggling between fact, legend and lore, "The Third Day" finale shows viewers what's real 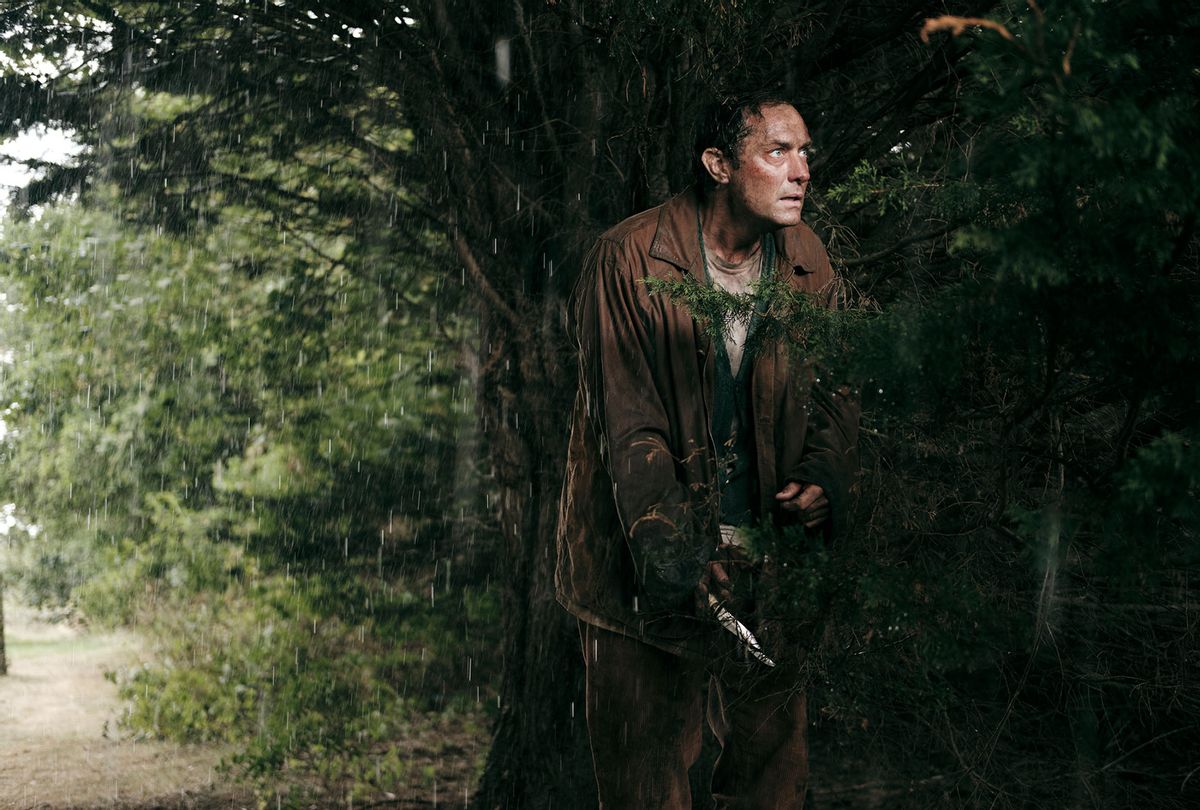 Jude Law as Sam in "The Third Day" (Ludovic Robert/HBO)
--

This story contains major spoilers for the season finale of HBO's "The Third Day."

There's a certain art to a good jump scare. Screenwriter C. Robert Cargill, who worked on the 2012 horror film "Sinister," once described it as "classic misdirection." You coax the audience into looking in one direction, or perhaps lull them into feeling like things are finally safe, then seemingly out of nowhere, there's a shock to the system. The killer is back. A hand appears over the protagonist's mouth. A new monster leaps from the shadows.

HBO's "The Third Day," which concluded on Monday, has consistently shown a mastery of the emotional equivalent of the jump scare.

In the six-episode limited series, Sam (Jude Law) is lured to Osea, an island off the coast of England, after saving a young girl who had attempted suicide on the mainland. He becomes enamored with the island's customs and some of the residents' adherence to a pre-Christian religion, initially unaware of their more brutal practices. Once the islanders promise that they can reunite him with his son who was kidnapped years prior, he opts to stay, leaving behind his wife, Helen (Naomi Harris) and their two daughters.

Helen, meanwhile, is totally unaware of Sam's location until she receives a mysterious email asking her to come to Osea herself.

The ensuing hostility between Sam and Helen is neatly built into the show, which is divided into two halves. The first three episodes, labeled as "Summer," are directed by Marc Munden and show Sam's point of view. Philippa Lowthorpe directs the final  episodes, called "Winter," from Helen's point of view as she explores the mysterious island.

When she and Sam finally collide in the finale, the series' writers use well-timed shifts in reality to unnerve viewers, especially as they navigate the show's well-established tension between truth, legend, and grief-bolstered dissociation.

The final episodes opens on Sam turning around and finally making eye contact with his wife after a year apart. But we see him through Helen's eyes, and he doesn't look great. His hair is disheveled, he's wearing a suit that looks like rumpled Mark Twain cosplay, and his eyes betray a kind of dormant wildness, like those of an animal that's become resigned to its life in a cage.

Helen asks the obvious question, "Why didn't you come home?"

Sam's response is twofold: His grandfather was born on Osea, something Sam didn't realize until he was informed by the island's inhabitants, and because he shares his blood, Sam had to step up and lead the island as its "Father." Secondly, he says that their son, Nathan, is on the island.

Helen is understandably skeptical. She says that Nathan disappeared 10 years ago and was found dead, a body was buried and everything, but Sam would surely know their own son, right? At least, that's what viewers have been lulled into believing. It turns out — and here's the big emotional jump scare — that nothing could be further from the truth.

Sam leads Helen to "Nathan," who is preoccupied drawing gory pictures in crayon of people and animals being eviscerated. They exchange cool pleasantries, and viewers are wondering at this point why he isn't running into Helen's arms, or vice-versa. But then it's revealed — that's not her son.

He's the wrong age — Nathan went missing when he was six and would be 16 at this time; the boy drawing is maybe 10 or 11 — his eyes are the wrong color, and his skin is fairer than Nathan's should be. "He's not even the right color!" Helen screams at Sam.

"But his hair," Sam counters. The boy's floppy curls are Sam's final tenuous grasp at the reality he's crafted and that we, as viewers, had come to believe through Sam's half of the season.

Once that reality is cracked, more revelations pour from the fissure. It turns out that Sam has a history of delusion, a symptom of what Helen classifies as a performative grief born from Sam's own guilt surrounding Nathan's disappearance. He was taken while Sam was on the phone with "one of his flings." His habitual infidelity (which adds some depth to his earlier drunken affair with islander Jess, played by Katherine Waterston) and subsequent inattentiveness had ultimately led to his son's death.

The grocery bag of money that Sam lugged to the island? He'd stolen it from his own family.

Without the financial resources to pay off Sam's bad loans, Helen couldn't leave. She couldn't create a new reality for herself and their daughters and she would never be able to close the chapter that contained the life and trauma she and Sam had shared. In Sam's mind, as long as Helen stayed in their home, there was the possibility that Nathan could always come home. He didn't seem (or care) to realize that he'd bankrupt her, financially and emotionally, in the process.

Meanwhile, tensions surrounding the island's future leadership have boiled over into a full civil war. Jess is adamant that the daughter Sam fathered with her, the result of their one-night stand, is meant to be the island's true leader, its Mother. Most of the island agrees with her and have gathered weapons to take care of any challengers. That includes Mr. and Mrs. Martin (Paddy Constantine and Emily Watson), the almost Thénardier-like couple whose adherence to the island's primitive religion led them to commit so many cruelties — kidnapping, murder, and human sacrifice — and subsequent cover-ups.

Their capacity for evil is fully revealed in this episode, and it's shocking when compared to their tame, cardigan-covered exteriors. Much of the power of "The Third Day" is found in its capacity for imbuing dichotomous images with equal life. This is on full display in the filming of the show.

The "Summer" portion leans on fish-eye lenses, spacy videography and landscapes hued with impossibly rich, obviously artificial, color. And while it's easy to be distracted by the mystery of Osea and its customs, this isn't just a "stranger comes to town (with murderous residents)" narrative. In retrospect, it's clear that the visual cues point to Sam's break from the real world on the mainland.

He wants to believe in miracles and exist outside himself. As such, the promise of being elevated as a Christ-like leader on the island, devoid of a past and prescribed a future, is intoxicating.

"Winter," which features razor-sharp cut scenes and is overwhelmingly gray and taupe, is what happens when the real world, encapsulated by Helen, comes to him. Their ultimate collision is sobering, as the supernatural possibilities of the island are stripped away. Sam is more fallen sinner than savior, and it becomes clear that "The Third Day" is a meditation on loss and how we handle it, just cloaked in some of the trappings of a more straightforward thriller.

This isn't a new idea. Shows like HBO's "The Outsider" and films like "The Curse of La Llorona" have recently trod similar ground, but based on it unique form and finale payoff, "The Third Day" viewers should allow themselves to be lured onto Osea. Just beware — there, grief is the ultimate jump scare.

"The Third Day" is available to stream on HBO Max.