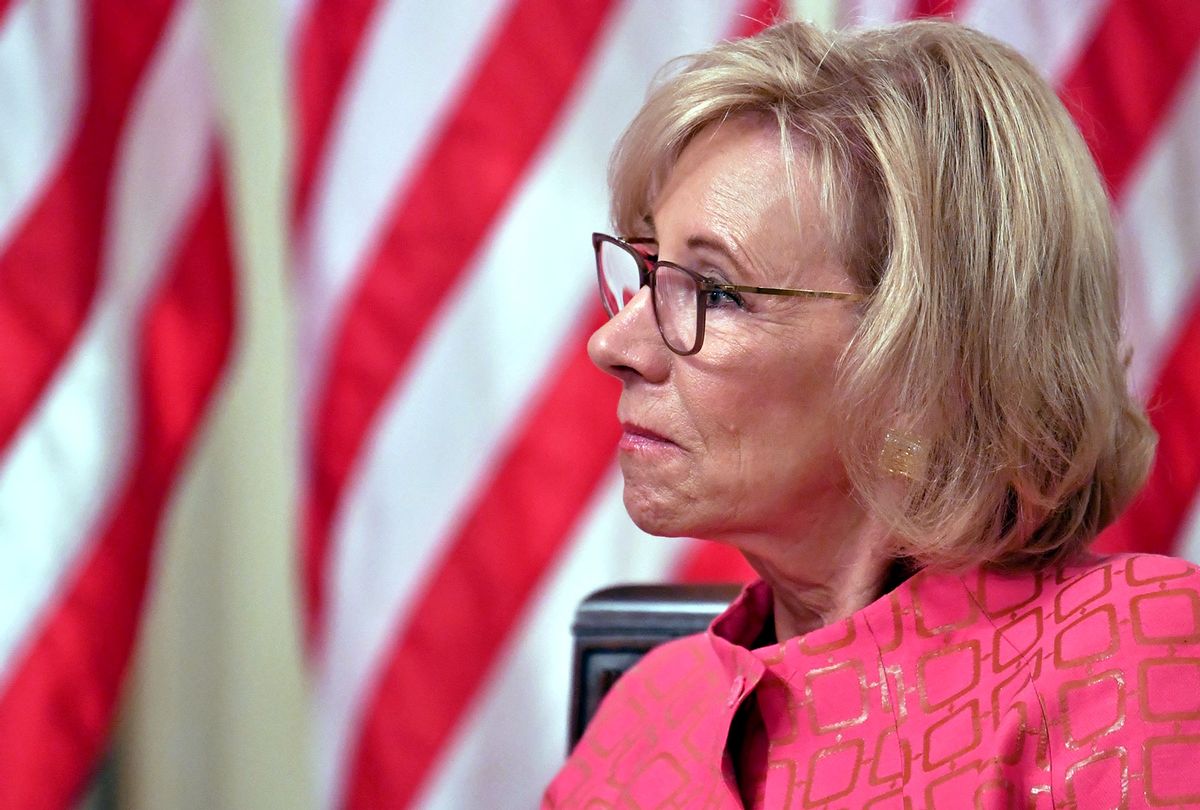 Arguing that Secretary of Education Betsy DeVos had undermined the agreement, a federal judge on Tuesday denied approval for a class action settlement over the Trump administration's handling of a student debt forgiveness program.

The May settlement required DeVos to speed up the processing of about 160,000 backlogged applications, some of which had been pending for years. DeVos has thus far denied 94% of applications, approving just 4,400 claims while denying 74,000 others, according to Alsup. The department told borrowers they could appeal the decision but did not say why it had denied the applications, the judge said.

"All may not be entitled to relief, but all are entitled to a comprehensible answer," Alsup wrote. "For 18 months, the secretary refused, largely on the grounds that such answers required backbreaking effort and, thus, substantial time. Now, the secretary has begun issuing decisions at breakneck speed. But most are a perfunctory 'insufficient evidence' — without explanation."

Alsup also said he would consider requiring DeVos to be deposed in a probe of the administration's handling of the claims and authorized depositions for up to five Education Department officials.

"Students came together to speak up for themselves and show the court the massive scope of the trauma they have endured at the hands of the Department of Education, and the courts are listening," Eileen Connor, the legal director at Harvard Law School's Project on Predatory Student Lending, which represents the students, told Politico. "We look forward to the next stage of litigation in which we depose Department of Education officials to explain their actions under oath."

Alsup noted in his ruling that the Obama administration had approved more than 99% of "borrower defense" claims, which allow students to seek debt relief if they were defrauded by for-profit colleges. Under DeVos, the department has rejected 89.9% of applications.

The Department of Education said it is "studying the ruling."

"It's important to understand that no claim is 'denied.' Many are simply ineligible, because the claimant wasn't enrolled in an eligible program at an eligible date," department spokeswoman Angela Morabito told The Hill. "Others claims don't demonstrate financial harm. Just because a claim was filed does not make it valid and eligible for taxpayer-funded relief. The department is following the publicly available process for resolving claims as quickly as possible, so those students who are eligible and were harmed get the relief they deserve."

DeVos revised rules related to the borrower defense program in 2019, prompting some Republicans to join Democrats to pass a bill blocking the policy.

"These for-profit colleges are the coronavirus of higher education," Sen. Dick Durbin, D-Ill., said at the time, adding that DeVos' rules made it "extremely difficult, if not impossible, for students to find relief."

But President Donald Trump vetoed the bill and allowed DeVos to implement the new rules in July.

Rep. Susie Lee, D-Nev., the lead sponsor of the bill, said Trump's veto "sent a message to the American people that he cares more about enriching predatory schools than protecting defrauded students and veterans."

DeVos has repeatedly run afoul of the courts in the borrower defense litigation. Last year, a judge held the education secretary in contempt for violating a court order by trying to collect debt payments from thousands of students defrauded by for-profit colleges.

"At best, it is gross negligence," U.S. Magistrate Jude Sallie Kim said at the time. "At worst, it's an intentional flouting of my order."

Arne Duncan, who served as the secretary of education under former President Barack Obama, said DeVos "consistently chooses the powerful over the vulnerable."

"Luckily, she is not very good at it," he added, "and very consistently loses in court."