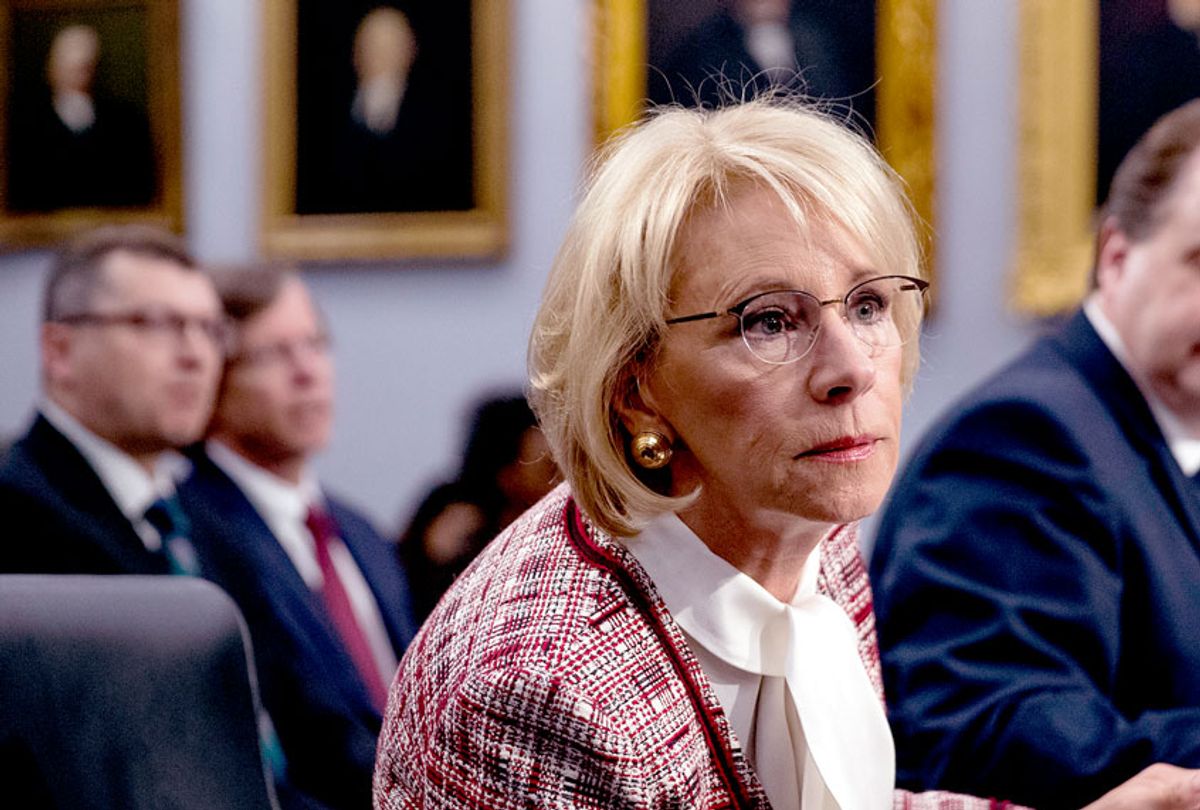 A federal judge on Thursday held Education Secretary Betsy DeVos and the Department of Education in contempt of court for violating an order on student loans.

The judge had previously ordered the Department of Education to stop collecting on loans owed by students of a now-defunct for-profit college. But, despite the order, the department admitted it had erroneously collected on the loans of more than 16,000 borrowers — and many of those payments garnered from borrowers' federal tax refunds or wages, according to a court document obtained by Politico.

U.S. Magistrate Judge Sallie Kim ordered the Department of Education to pay $100,000 to a fund for the affected borrowers who attended Corinthian Colleges, Inc. DeVos is named in court documents in her official capacity as secretary of Education. She will not be personally responsible for paying the monetary sanctions.

"There is also no question that defendants' violations harmed individual borrowers who were forced to repay loans either through voluntary actions or involuntary methods (offset from tax refunds and wage garnishment) and who suffered from the adverse credit reporting," the judge continued. "The court therefore finds defendants in civil contempt."

Mark Brown, chief operating officer of student federal aid for the Department of Education, said in a video posted to Twitter Thursday that the department is doing everything it can to remedy the situation.

"Unfortunately, loan servicers mistakenly billed approximately 16,000 students and parents," Brown said. "Although these actions were not done with ill intent, students and parents were affected, and we take full responsibility for that. We have taken swift action to correct the mistake."

The news comes as a top official in the federal student loan program abruptly resigned Thursday, calling the system "fundamentally broken" and "insane." The official, Wayne Johnson, reported directly to DeVos. He called for the cancellation of the nation's more than $900 billion in student loan debt. (Roughly 42 million Americans currently have student debt.)

Earlier this month, DeVos squabled with Elizabeth Warren, a senator from Massachusetts and a Democratic presidential candidate, who called for the education secretary to step down over the issue.

"Loan servicers made an error on a small # of loans," DeVos tweeted at the time. "We know & we're fixing it." She also accused Warren of lying about the issue.