Giuliani turned the offer down out of credibility concerns, a source familiar with the meeting tells Salon 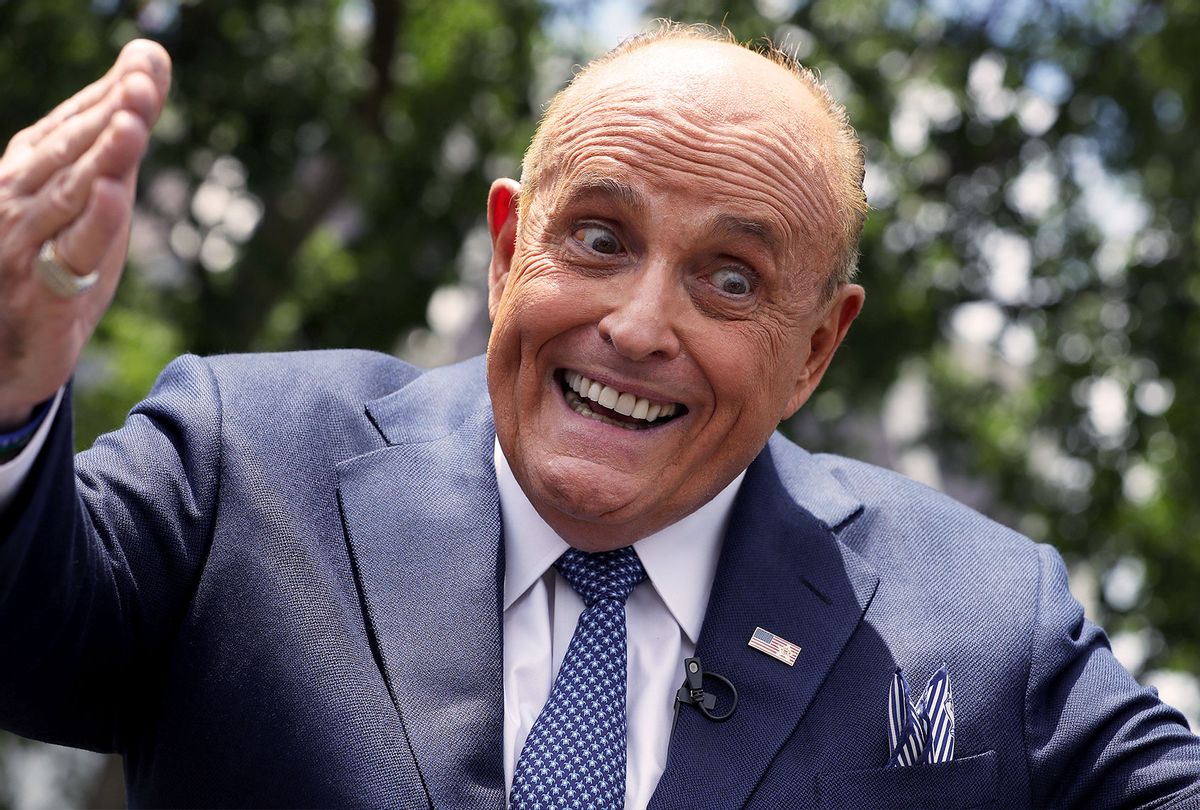 Rudy Giuliani, the personal attorney for President Donald Trump, was approached by someone offering allegedly compromising emails and images belonging to Hunter Biden in spring 2019, according to two individuals familiar with the meeting.

Giuliani was approached with the offer while at a lunch in New York City in late May of last year, according to the sources. The content included emails, as well as allegedly salacious video. The offer was declined, one of the individuals said, amid credibility questions.

The content was rejected a year and a half before Giuliani received a hard drive in September 2020 containing what he alleges — without providing evidence — are emails and images pulled from Hunter Biden's hard drive.

Giuliani has not said when exactly he was first offered compromising content belonging to Biden. But the timing of the alleged lunch meeting — and Giuliani's apparent suspicions about the credibility of the content dangled in front of him — raise significant questions about the former mayor's intent when he opted to distribute strikingly similar content to news outlets earlier this month.

In a text to Salon, Giuliani said he had "no such recollection" of the meeting. "I don't remember anyone remotely like that," he added.

The alleged meeting also complicates key elements of the already hazy cover story Giuliani spun to journalists about how he first came into the alleged Hunter Biden hard drive. The New York Post covered some of the unverified contents in a dubious report last week after Fox News declined to do so over credibility concerns.

The newly revealed meeting also aligns with key aspects of new report from Time, in which two individuals alleged that emails and photos said to belong to Hunter Biden had been for sale for as much as $5 million on the Ukrainian black market while Giuliani and associates attempted to dig up dirt in the foreign country.

Giuliani's efforts to smear the Bidens with baseless allegations about business dealings in Ukraine led directly to his client's impeachment last year. Those accusations have been repeatedly debunked, and journalists quickly pointed out major errors and holes in The Post's report. The FBI has since opened an investigation into the story as part of a possible Russian disinformation operation, according to multiple reports.

The Trump administration also recently sanctioned one of Giuliani's key Ukrainian sources as an "active Russian agent" seeking to influence the 2020 election. The timeline of those efforts happens to align with key developments in the story of the alleged laptop. According to the Trump-supporting Delaware computer repairman who claimed that he gave a copy of the hard drive to Giuliani's lawyer, Robert Costello, in September, a man calling himself Hunter Biden dropped off three laptops at his store in April 2019. The repairman told reporters that a medical condition had prevented him from identifying the man.

Around this time, Giuliani associates Lev Parnas and Igor Fruman had been making trips to Ukraine, where they carried out work on behalf of Giuliani — and, by extension, the president, whom Giuliani says he was defending. This work included a meeting in Kiev in mid-May 2019 where Parnas, at the direction of Giuliani, told a top Ukrainian official that "the United States would freeze aid" if the incoming administration did not announce an investigation into the Bidens, according to Parnas' lawyer in The New York Times.

The official confirmed that he had met with the duo in Kiev at the time but denied that Parnas had discussed the issue of aid. That month, compromising content on Biden was circulating in the country, according to Time. Giuliani was allegedly offered the content at lunch in New York City around the same time — and declined — which Salon first revealed. (An individual familiar with the meeting told Salon one concern was that the content might have included inauthentic material.)

In September, the emails were going for $5 million, but a person targeted for the sale declined mostly because he could not verify the authenticity, according to Time. "I walked away from it, because it smelled awful," the individual told the magazine. He claimed that the seller was looking to get it into the hands of Trump allies in the U.S.

According to Salon interviews with individuals familiar with the case and multiple reports, Giuliani's business dealings abroad have been under investigation over the course of the past year as part of a federal probe led by the FBI and the Southern District of New York — the very office he once led.

That probe grew out of the arrest last October of Parnas and Fruman, who were first booked on unrelated campaign finance charges at Dulles International Airport outside Washington as they waited to board a flight to Vienna, Austria. The duo were cuffed one day after they met Giuliani for drinks at Trump's D.C. hotel — just as impeachment hearings heated up in Congress.

The next month, with his former associates under indictment, Giuliani registered a new company, Giuliani Media, ahead of a dirt-digging trip to Ukraine to film a documentary on the Bidens with a One America News (OAN) production crew. While there, he interviewed Andriy Derkach, whom the Trump administration recently sanctioned after accusing the Ukrainian lawmaker of running a "covert influence campaign" directed at the 2020 U.S. presidential election since late 2019.

The FBI reportedly subpoenaed the alleged Hunter Biden laptop in December 2019, the same month that OAN aired the Giuliani documentary. Giuliani, who was embarrassed this week by political prankster Sacha Baron Cohen in a tawdry hotel scene with an actress posing as a young Eastern European journalist, later aired his own interview with Derkach.

Around that time, Giuliani confirmed to Salon that a strange text accidentally sent to this reporter in October had in fact been a password. When asked what the password protected, Giuliani said that it unlocked top-secret "files" that would one day spur Biden's downfall.

Giuliani did not reply to Salon's text messages seeking additional comment for this article.