The Republican National Committee spent $492,000 on books in one day — likely all of it on Hannity's latest 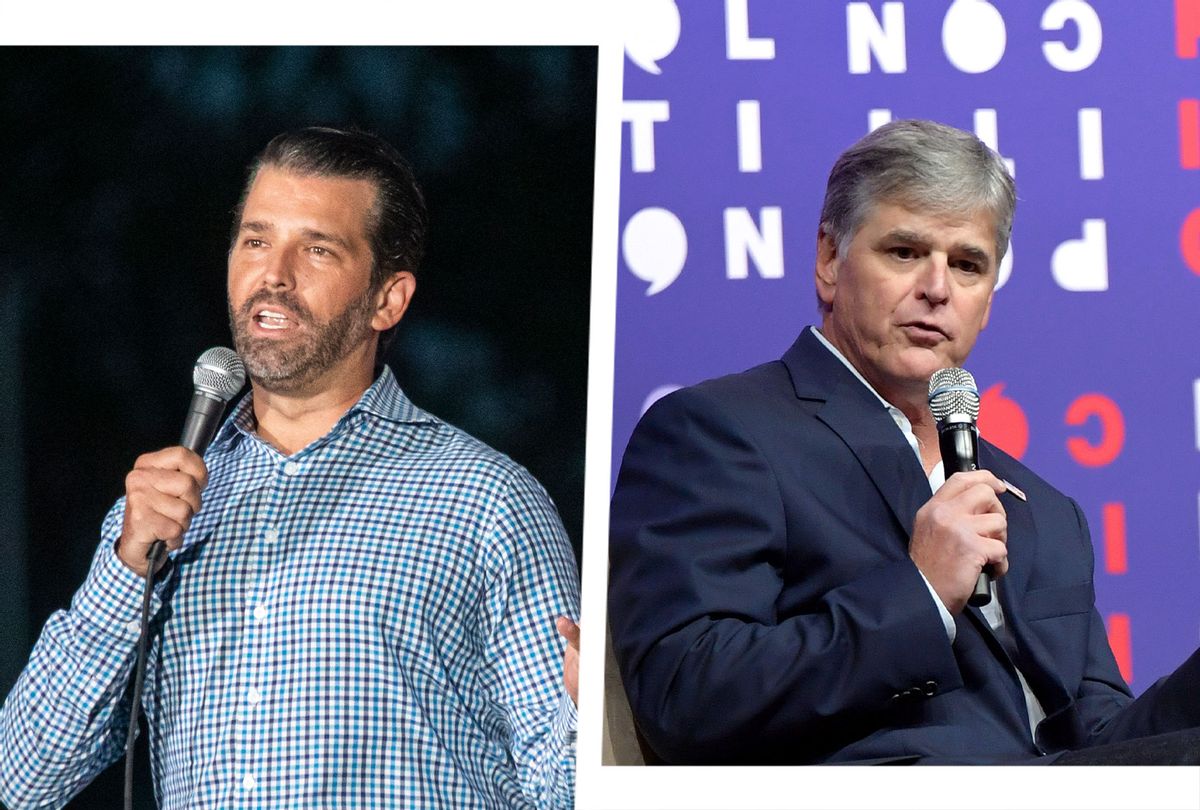 The Republican National Committee continues to spend hundreds of thousands of dollars for copies of the latest book by Fox News personality Sean Hannity, which was published in August These efforts have helped boost the book up bestseller lists, according to recent Federal Election Commission filings.

This week the RNC reported $492,308 in expenditures on "donor mementos" at book retailers, all of it spent on Sept. 16. Salon has confirmed that at least $159,000 of that amount went for bulk retail purchases of Hannity's book, "Live Free or Die," which have been offered to GOP donors who gave $75 or more.

Additionally, a retail representative told Salon that the RNC placed at least one more recent order for the book, on Oct. 22: an additional 1,500 copies for $26,100. That purchase will not appear in public filings until after the election.

While the RNC did not send Salon the data it originally promised, evidence suggests that all of the $492,308 in expenditures went to Hannity's book. Combined with August receipts, it is possible that the RNC has spent more than $900,000 on Hannity's book over the last three months.

Outside of Hannity and Donald Trump Jr.'s recent book, "Liberal Privilege," the RNC has not recently promoted any other such deals. Both landing pages (here and here) are hosted by WinRed, the Republican online fundraising platform, and a WinRed representative told Salon that the platform only recently hosted the Hannity and Trump Jr. books. Other books were available for separate purchase on the GOP store, according to both GOP and WinRed representatives.

Further, an RNC spokesperson told Salon in an email that none of the Sept. 16 purchases were for Trump Jr.'s book — which would appear to narrow the options to Hannity.

"The RNC appears to be personally enriching Hannity while he dedicates airtime to promoting Trump," said Brett Kappel, campaign finance and government ethics expert at the law firm Harmon Curran.

Hannity, a close confidant and informal adviser to President Trump, also styles himself as a prime-time journalist who hosts an influential news and opinion program on Fox News, which experts say raises new ethical questions.

"President Trump and his campaign have had an interesting relationship with books," Jordan Libowitz, head of communications at the watchdog group Citizens for Responsibility and Ethics in Washington, told Salon.

"Whereas President Obama's book recommendations are all books he read that he liked, President Trump often takes to Twitter to recommend books that say nice things about him, creating an incentive for books by reporters that play to his ego," Libowitz said. "This was taken to a whole new level when the RNC emailed an ad for Hannity's new book to the Trump campaign's list and offered signed copies in exchange for donations. Spending thousands on Don Jr.'s book plays into the general grift of campaign funds by the Trump family, but this is something new: a campaign essentially putting a major reporter on the payroll."

"The RNC regularly uses new books as part of our record-breaking fundraising efforts as we work to deliver victories across the country in November," an RNC spokesperson told Salon in an email. "We have netted a significant amount off of book promotions and have more resources, not less, because we have incorporated them into our fundraising efforts."

The GOP has altogether poured hundreds of thousands of dollars into the purchases, propelling both Hannity's and Donald Trump Jr.'s books to exalted positions on a number of bestseller lists.

Hannity's book hit No. 1 on the New York Times bestseller list in August, and debuted at No. 2 on Amazon's overall bestseller list, hitting No. 1 in a few sub-categories such as "political commentary" and "elections." Barnes & Noble — where the RNC placed tens of thousands of dollars in orders — ranked Hannity's book third upon debut.

"Live Free or Die" went to press for a fourth printing, and currently ranks at No. 444 on Amazon.

It is less clear, however, how the RNC secured copies of Trump Jr.'s book, "Liberal Privilege." The president's eldest son, who self-published his second book, at first eschewed traditional retailers and only sold copies through his own website and Amazon.

"While I was offered a generous book deal by my previous publishers, I turned it down and decided to self-publish," Trump Jr. said in July, in a statement sent by the RNC to The Hill. "The RNC was able to raise almost a million dollars from their fundraising campaign with my first book, 'Triggered.' I look forward to helping them fundraise once again for the benefit of the Republican Party."

By self-publishing, Trump Jr. trades the distribution, marketing and publicity support afforded by a top publisher for a more lucrative royalty haul.

Unlike Mr. Hannity's book, "Liberal Privilege" will not be in bookstores. A person with knowledge of the project said that it will be $29.99 on Mr. Trump's website, where presales are being handled, and on Amazon, along with an e-book and an audiobook narrated by Kimberly Guilfoyle, a senior campaign adviser and Mr. Trump's girlfriend. It's unclear if any major retailers will carry the book, though managers at some traditional distribution channels said last week that they hadn't heard anything about it. ReaderLink, a company that supplies books to more than 80,000 stores, including big-box chains like Walmart and Target, said it had no plans to distribute it.

It's possible that the entire $405,000 that the RNC itemized to book retailers in August went toward Hannity's book, and given that the committee says that it has not purchased Trump Jr.'s book, the same appears true of September's $492,000.

The RNC did not report payments to Trump Jr. in August, so it might have fulfilled its preorder promise through Amazon. The committee's August filings reveal an unusually large $126,423 expenditure to Amazon on Aug. 10, for "office supplies."

Trump Jr.'s book has branched out to some traditional retailers since its Sept. 1 debut. "Liberal Privilege" currently ranks at No. 3,080 in Amazon books overall, a steep drop from eighth place in early September.

RNC press secretary Mandi Merritt told the New York Times that signed copies of "Triggered," which Trump Jr. published with Center Street, an imprint of Hachette, raised nearly $1 million for the party. As mentioned above, Trump Jr. claims turned down the publisher's offer for his second book.