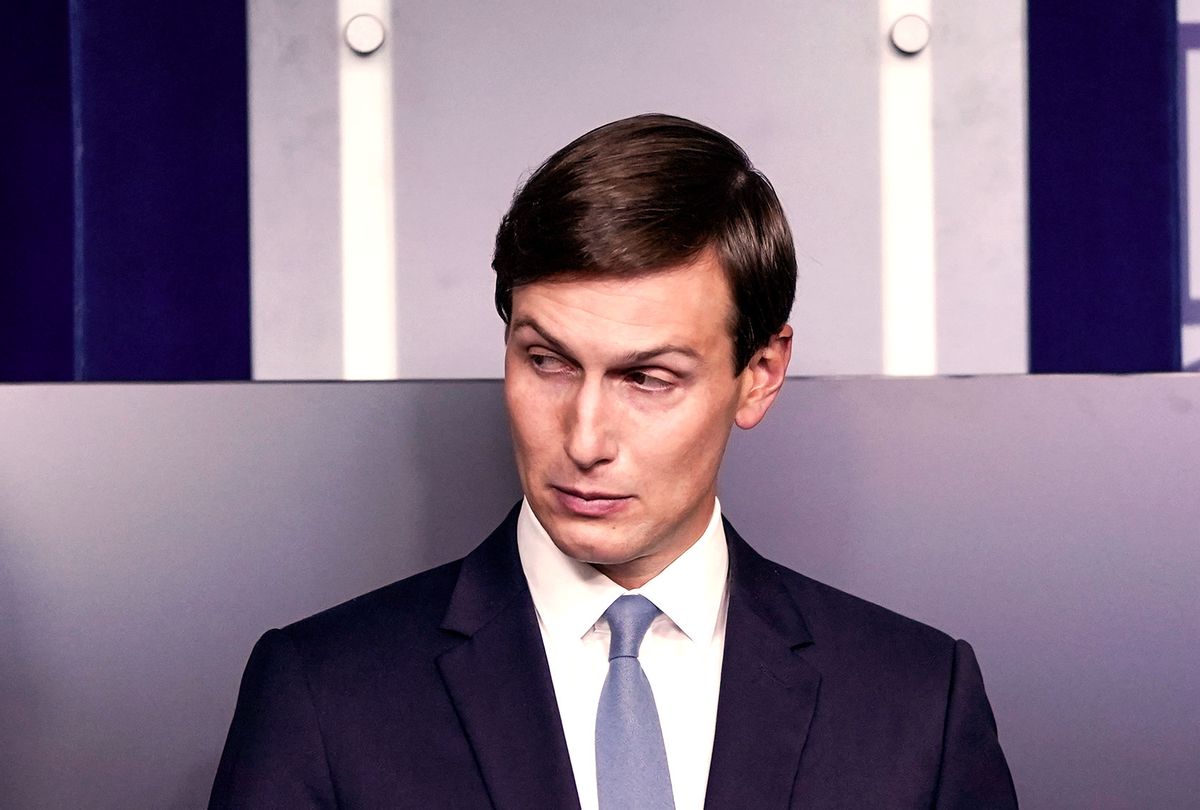 Jared Kushner, the son-in-law of President Donald Trump, told viewers of "Fox & Friends" on Monday that "a lot of people" who publicly expressed solidarity in the wake of George Floyd's death in custody of Minneapolis police earlier this year were "doing more to polarize the country."

According to the senior White House adviser, Black Americans who are "complaining" about systemic racial injustice can rise up by their bootstraps if only they "want to be successful" and work with his father-in-law.

"There's been a lot of discussions about things that were needed in the Black community for the last years, but particularly it intensified after the George Floyd situation," Kushner said, referencing the unarmed Black man's death. "And, you know, you'd see a lot of people who were just virtue signaling. They'd go on Instagram and cry, or they would, you know, put a slogan on their jersey or write something on a basketball court. And, quite frankly, that was doing more to polarize the country than it was to bring people forward."

Floyd's homicide, along with the shooting death of Breonna Taylor, sparked a national reckoning on race and police brutality. Amid the tumult, Trump declared himself "an ally to all peaceful protesters" in a Rose Garden address while riot police were simultaneously deployed to clear peaceful protesters near the White House for a photo-op in front of a church.

Nonetheless, Kushner characterized Trump as someone who "does the right things" and "gets results" for the Black community." However, the senior White House adviser said the president cannot help Black Americans "complaining about" their problems if they do not "want to be successful" for themselves.

"We've seen in the Black community, which is mostly Democratic, is that the president's policies are the policies that can help people break out of the problems that they're complaining about," Kushner said. "But he can't want them to be successful more than they want to be successful."

Kushner went on to characterize the Black community as "realizing" it had been duped by Democratic officials and the media.

"I think what you're seeing right now across the country is a groundswell in the Black community, because they're realizing that all of the bad things that the media and the Democrats have said about President Trump are not true," Kushner said. "And so they're seeing he's actually delivered, and they want to get on board and start working with President Trump."

"He says what's on his mind and he gets results," Kushner added.

Kushner appeared to blame the old conservative trope that Black Americans do not have enough drive to be successful for a range of empirically observed structural inequities, such as access to equal pay, health care, and housing.

Attorney Ben Crump, who has represented a number of Black families impacted by police violence, including the Floyds, said Kushner had demonstrated "blatant" disrespect.

"Jared Kushner speaks as if Black people are lazy complainers who don't want to be successful," he tweeted in response. "This blatant DISRESPECT shows he has NO understanding of the Black community and its challenges that have spanned centuries. You can't 'fix' these problems from this level of ego."

Democratic National Committee National Press Secretary Brandon Gassaway said in a statement to NBC News that Kushner's "dismissive approach to the issues that Black voters care about is indicative of Trump's callousness and disregard for the lives of Black people."

"We cannot afford another four years of a White House that does not take our voices seriously and tells us to be grateful for whatever scraps are leftover from the bargaining table," Gassaway added. "We need leaders who not only value our input but prioritize and act upon it. Joe Biden and Kamala Harris are those leaders, and Black voters will continue to show up to the polls in record numbers to ensure that Donald Trump, Jared Kushner and this failed administration get the message."

"It's disgusting to see internet trolls taking senior advisor Jared Kushner out of context as they try to distract from President Trump's undeniable record of accomplishment for the Black community," she said. "From criminal justice reform and record HBCU funding to record low Black unemployment and record high income increases, there is simply no disputing that President Trump accomplished what Democrats merely talked about. Those who have worked with President Trump have seen success on these joint objectives, unlike with previous failed Democrat politicians."

Trump has repeatedly and falsely claimed that no president besides him has done more for Black Americans except possibly Abraham Lincoln.