Kobach asks for Bannon wall funds to be "unfrozen" so he can get paid for work promoting it: report 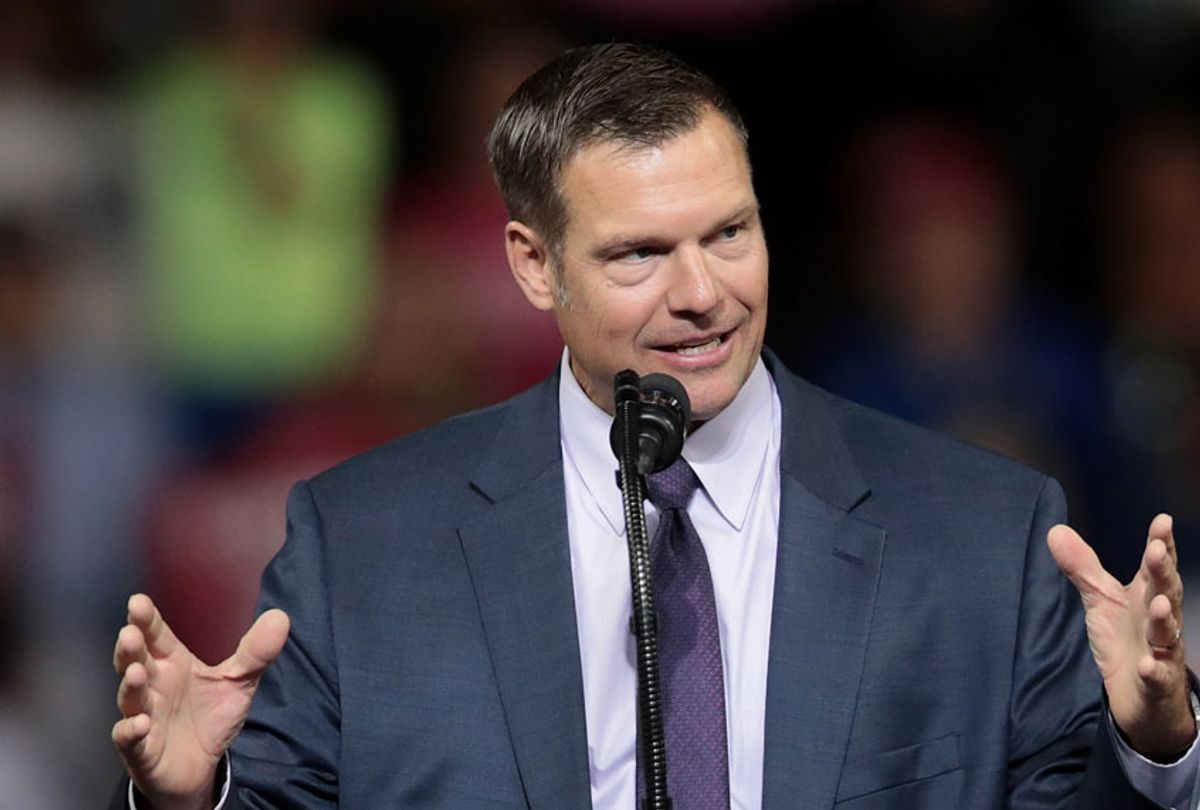 On Tuesday, Law & Crime reported that former Kansas Secretary of State and longtime Trump ally Kris Kobach was rebuffed by federal prosecutors for trying to "inject" himself into the fraud case against former Trump campaign CEO Steve Bannon.

"Kobach . . . is apparently looking to unfreeze We Build the Wall funds so he can get paid for the work he did," reported Matt Naham. "Kobach has attempted to do this [by] challenging a restraining order that 'intended to safeguard funds that will be subject to forfeiture following a conviction in this case[. . .].'"

"Prosecutors said Tuesday that the We Build the Wall-Kobach request to get involved in the criminal matter was legally baseless and would 'seriously jeopardize' an ongoing investigation that may also implicate other people and entities," said the report. "'We Build the Wall is not a defendant in this matter, and the fact that the [frozen] Accounts are in the name of We Build the Wall does not permit its intervening now,' the memorandum said. 'Additionally, Kobach is neither a defendant nor the owner of the accounts, and therefore in this context is nothing more than an unsecured creditor with no property interest in the accounts.'"

We Build the Wall was a supposed crowdfunding effort to privately construct a border wall for Trump. Bannon and his partner, veteran Brian Kolfage, have been charged with fraud, with prosecutors alleging that they diverted the proceeds from the crowdfunding effort for personal use.

Kobach was also involved in promoting the crowdfunding campaign, but has not been charged in the alleged criminal scheme.