Why horror movies may be good for your health

There are psychological and immunological benefits to experiencing fear without any real threat, experts say 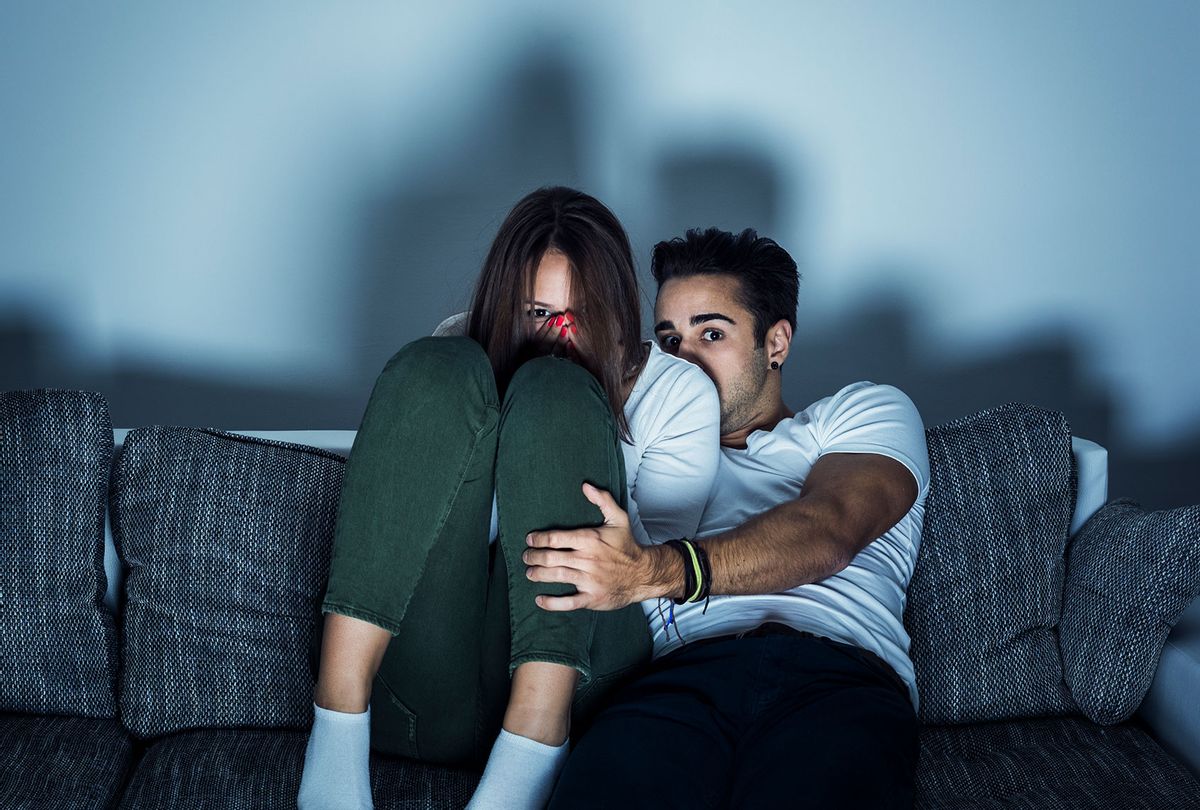 October is "spooky season" — the time of the year when fake blood, giant Home Depot skeletons, ghost-shaped chocolates and horror movies suddenly become ubiquitous. Yet given that this year's Halloween season is complicated by the real-life horror of a fractious election and a deadly pandemic, those of us who find horror movies stressful might wonder whether it's really a sane idea to watch a scary movie. Does it not seem counterintuitive, amid all this misery, to watch something anxiety-inducing?

As it turns out, the opposite may be true: Watching horror movies can be a boon to one's mental health. Researchers say there are some eerie reasons that's the case.

"It does feel counterintuitive; there's plenty of fear and anxiety in the world, right?" Mathias Clasen, a scholar of horror fiction at Aarhus University, told Salon via email. "My answer would be that some people, at least, seem to use horror to manage their fear and anxiety; they expose themselves to limited and controllable doses, and they may even get to practice coping strategies and push their own limits for how much fear and anxiety they can tolerate."

This is similar to the idea of exposure therapy, which is a technique used to treat anxiety disorders. In exposure therapy, a professional therapist might expose a patient to the context of the threat without any real danger to help them overcome their anxiety and distress.

"There's reason to believe that horror films may have a bonding effect," Clasen added. "Most people seem to seek out horror as a social activity, and there is at least anecdotal evidence that many people experience strengthened bonds to their co-viewers after watching a scary movie together."

Indeed, while scary movies can totally frighten people, there's research to suggest that people simultaneously enjoy them—whether they're aware of that joy in the moment or not. (That makes sense economically — why would they be so popular otherwise?)

In 2009, researchers at the Institute of Diagnostic and Interventional Radiology at the Friedrich Schiller University of Jena, Germany, were curious how this kind of "movie-induced" anxiety affects the brain. They scanned participants' brains using functional magnetic resonance imaging, as they showed them threatening clips from scary movies (like "The Shining" and "The Silence of the Lambs") and less scary scenes; they also asked participants if they liked to seek out scary scenarios or not. They found that the prefrontal cortex, the part of the brain that's associated with various anxiety disorders, was the only area that experienced hyperactivity for all participants while watching the scary scenes. Interestingly, the researchers found that there were patterns in brain activity that suggested the participants enjoyed the scary situations to which they were exposed to, too.

"The fear is transient for most people," Clasen said. "We feel fear during the movie, and most people also feel some heightened vigilance in the hours or, in some cases, days after the movie; It's a price most people are willing to pay."

Neil Martin, who has studied the psychological responses to horror movies and is a professor at Regent's University London, told Salon via email that watching a scary movie can indirectly help people cope with negative emotions because it can be an "extreme distraction."

"The reason for not having a direct effect is that few horror films mirror exactly the negative experiences we do in real life," Martin said. "This is part of why we watch, to see the thrill of the impossible or implausible or something we would never experience (and which we would be unwise to experience because it would kill us or put us in jail)."

On the flip side, Martin noted, there's something called  "cinematic neurosis" which is "where individuals report extreme behavioral reactions to watching horror."

"But these are usually case studies, with sample bias and participants who had other issues, outside those involving horror films," Martin said.

If many or most people get scared of horror movies, why do we seek them out?

Clasen explained that evolutionarily speaking, we are "designed" to find pleasure in threatening situations. This is a result of the "evolved fear system," which Clasen says is "is a defense mechanism that helps us stay clear of danger, and we share its basic components with other animals."

Clasen mentioned, as an example, when you're walking through the woods alone at night and you start to feel afraid.

"The fear system kicks into gear, focusing your attention on that sound, redirecting resources away from the digestive system (hence the feeling of butterflies and dry mouth) and toward the big muscles in anticipation of attack," Clasen said, which a good horror movie simulates. "A good horror movie immerses you in a threat simulation and presents you with cues of danger. . .  but the thing is, you know it's just a movie, and that's why it isn't just frightening, but fun too."

There may be other physical health benefits to controlled fear like that which arises from watching a horror movie or show. A separate study from 2003 suggests that watching a scary move might boost your immune system. Specifically, researchers from Coventry University published a study in the journal Stress which found that watching a fictitious stressful event significantly increased people's circulating levels of white blood cells.

More recently, a study which Clasen co-authored that was published in the journal Personality and Individual Differences found that horror-movie fans have been more resilient during the pandemic, as opposed to fans of other genres.

"We did a study early in the pandemic to see whether horror fans experienced greater resilience during the corona[virus] pandemic (on the hypothesis that horror movies teach people coping strategies), and it turns out that yes, horror fans do exhibit fewer symptoms of psychological distress," Clasen said. "They're still frightened by the movies, but in the long run, they may have a real advantage in a scary and sometimes threatening world."

So, does this mean it's time to binge-watch some horror movies this weekend? Perhaps — as it turns out, what might seem nightmare-inducing in the short run could be beneficial in the long run.