From "The Crown" to an animated WWII series, here's what's new on Netflix in November

Forget "Hillbilly Elegy," and check out some of these other titles instead 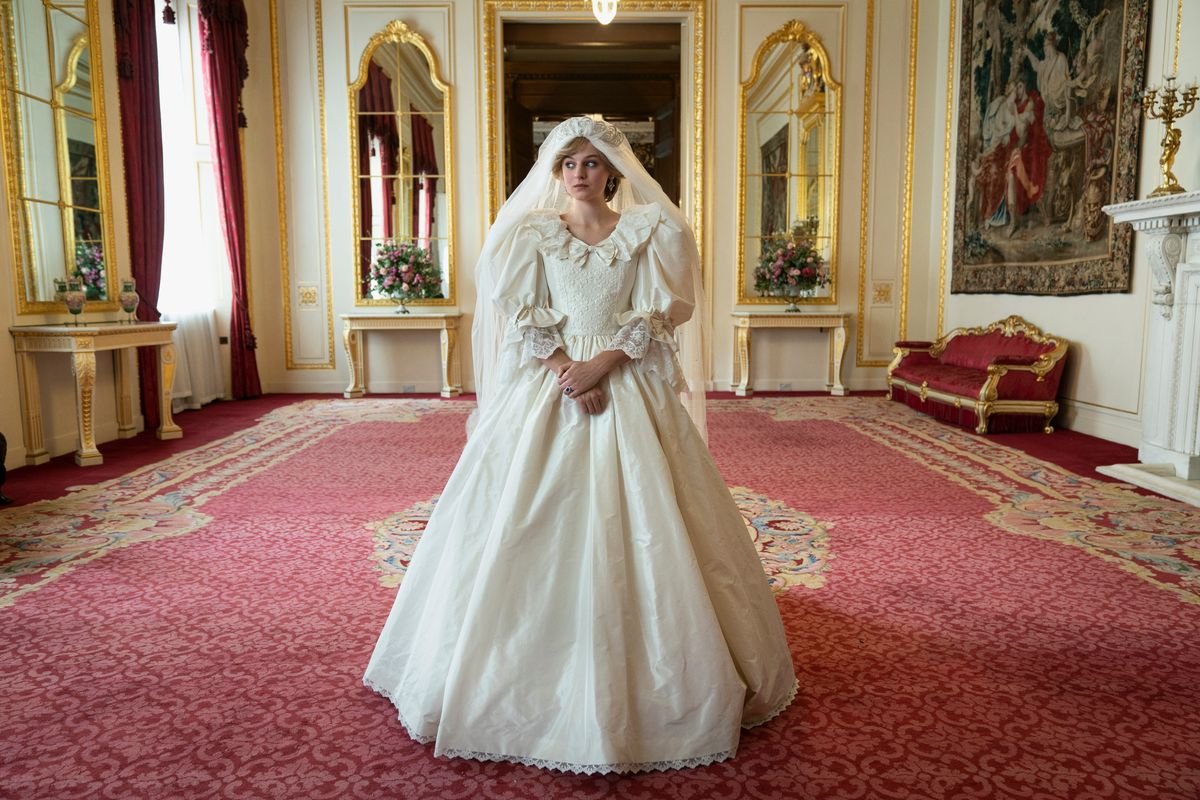 Perhaps one of the most talked-about arrivals to Netflix this November is one that I'm not sure I can recommend watching. Per Netflix, "Hillbilly Elegy," which is based on J.D. Vance's 2016 book of the same name, follows "A Yale Law student [who is] drawn back to his Appalachian hometown" where he  "reflects on his family's history and his own future."

But the memoir itself capitalized on anxieties about Trump's 2016 ascendency, and promised its readers  the background needed to understand what the  "white, working-class Trump voter" was thinking. As Salon's Erin Keane wrote, Vance's framing of the story tells people who don't know much about Eastern Kentucky or Appalachia what they think they already know.

"That the addiction and abuse and poverty that shaped his family are part of a stubbornly ingrained cultural lineage passed down through generations, and that's what keeps the people of Appalachia (a very large geographical area, mind you) poor and under-educated, even lawless and violent," Keane wrote.

She continued: "And what's more, largely content to stay that way despite their anger, though exceptional individuals can overcome these innate cultural deficits. His overarching themes point to an attitude adjustment as the solution: poor people wouldn't have to stay poor, with all the social problems that can accompany poverty, if they could decide they didn't want to act like poor people anymore."

It's a tired and tone-deaf "pull yourself up from your bootstraps" narrative that largely ignores the societal hardships faced by many in Appalachia — opioid addiction, lack of access to professional and educational resources, poverty. Will the film break form from the memoir and offer more nuance? It remains to be seen.

But if you want an engaging documentary that tells a fuller story of Appalachia, pop over to Hulu and check out Ashley York's "Hillbilly," an immersive exploration the evolution of the uneducated, promiscuous "hillbilly'" stereotype in media and culture, linking it with corporate exploitation of Appalachia's natural resources.

On Netflix, consider "Big Stone Gap," a 2015 film that, as acclaimed Kentucky writer Silas House wrote for Salon, finally "showed Appalachia as a place of both diversity and intelligence," something that flies in the face of  "Hillbilly Elegy"-esque portrayals.

House wrote that the film features "Ashley Judd as a middle-aged Appalachian woman whose quiet life is disrupted by a death and a sudden revelation. The film features an African-American woman who is neither servant nor Magic Negro, a gay man who is not ostracized once he comes out, and a main character who is not only Italian, but also intelligent and even bilingual."

This month also brings other diverse entertainment from the platform — from an adult animated series set in WWII, to Sophia Loren's return to the screen, to the start of Christmas streaming.

Check out our picks below:

This eight-part romantic comedy series, which is a Swedish import, features Sofie, a career-driven consultant and married mother of two. She is assigned to modernize an old publishing house, and while there, she meets Max, a flirtatious young IT tech. Sofie and Max begin a secret game wherein they challenge each other to do things that question modern day life. It starts innocently enough, but as the game gets more and more daring the consequences grow beyond proportions.

Based on true events, this Netflix film follows a bright Nigerian student who takes on the academic establishment when she reports that a beloved professor at the university attempted to rape her. It stars Temi Otedola, Jimmy Jean-Louis, and Joke Silva.

This Spanish-language film — the first from the producers and directors of "HANDIA" — is based on the incredible true story of Higinio Blanco, a mole from the Spanish Civil War who locks himself in his own home for fear of retribution. He spent 33 years there. Now that's sheltering in place.

From Jeb Stuart and A+E Studios, this WWII series is based on the book, "The Liberator: One World War II Soldier's 500 Day Odyssey," by Alex Kershaw. It follows a young military captain as he returns to the battlefield after an encounter with enemy forces nearly kills him. What sets it apart is its animation style, which is reminiscent of rotoscoping.

This Netflix documentary tells the story of Sean Ellis, a Boston man who was charged with armed robbery and the first-degree murder of Boston Police detective John Mulligan in 1993. Though he always maintained his innocence, Ellis was found guilty and sentenced to life in prison in 1995 during his third trial after the first two resulted in hung juries.

The documentary opens as Ellis is out on bail in present-day, awaiting his fourth trial — "Trial 4" — on the murder charges.

Based on the international best-seller by Romain Gary, Sophia Loren stars as a Holocaust Survivor and former prostitute who takes in the Senegalese orphan who recently robbed her. Together, they form a small, but strong, family unit.

The film is directed by Loren's son, Edoardo Ponti, and is set in one of the hubs of the Euro-Mediterranean migrant crisis.

This season of Netflix's beloved period drama opens in the 1980s as Diana Spencer (Emma Corrin) enters the life of Prince Charles (Josh O'Connor) and Queen Elizabeth (Olivia Colman). Meeting the parents is never particularly easy, but in this case there's immediate tension between Diana and the Queen, while the monarch's tumultuous relationship with Margaret Thatcher (Gillian Anderson) also enters the political spotlight.

Rainn Wilson narrates and executive produces this series, which goes deep into some of quirkiest competitions on the face of the earth, including cheese rolling, chili eating, fantasy hair styling, yo-yo, dog dancing, and frog jumping. Mark Twain would be proud.

Have your hanky handy. In this animated short, a grieving mother and father are visited by shadows of themselves and their deceased young daughter, all depicted through haunting hand-drawn, black-and-white illustrations. The film was created by an all-female animation team, supervised by Youngran Nho and executive produced by Laura Dern.

It's been two years since siblings Kate (Darby Camp) and Teddy Pierce (Judah Lewis) saved Christmas, and a lot has changed. After becoming separated from her mother and mother's new boyfriend while on vacation in Cancun, she mysteriously ends up in Santa's Village, where she helps Santa (Kurt Russell) and Mrs. Claus (Goldie Hawn) fight back against Belsnickel, a mysterious troublemaker who threatens the future of the North Pole. At this point, sexy Santa has become a Christmas tradition. What else is your family going to watch?

This Shondaland production follows acclaimed entertainer and choreographer Debbie Allen as she prepares her group of dancers for their annual production of "Hot Chocolate Nutcracker," a vivid re-imagining of Tchaikovsky's holiday classic "The Nutcracker."

Here's the full list of everything coming to the platform this month:

Nov. 4
"A Christmas Catch"
"Christmas With A Prince"
"Love and Anarchy"

Nov. 13
"American Horror Story: 1984"
"Jingle Jangle: A Christmas Journey"
"The Life Ahead"
"The Minions of Midas"

Nov. 20
"Alien Xmas"
"Flavorful Origins: Gansu Cuisine"
"If Anything Happens I Love You"
"Voices of Fire"

Nov. 30
"The 2nd"
"A Love So Beautiful"
"Finding Agnes"
"RUST CREEK"
"Spookley and the Christmas Kittens"