On Ice Cube, Donald Trump, and the question of what my vote is really worth

I've never walked into a voting booth and thought, "I wonder what Ice Cube would want me to do" 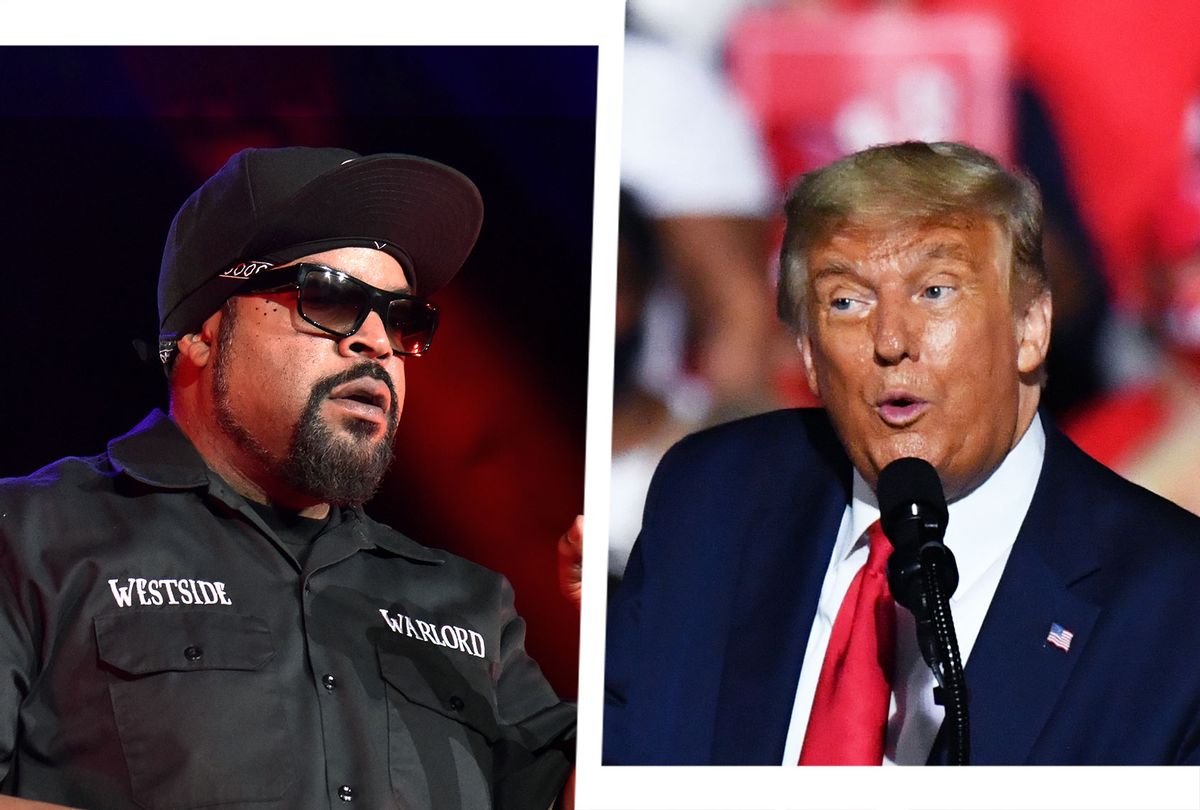 Recently after a long night and a minimal amount of sleep, I rolled out of bed and opened Twitter just to see if the world was still here, and saw Ice Cube trending. The actor and hip hop icon posted a video revealing that he's met with Republicans about his Contract with Black America that came off as a soft Donald Trump endorsement.

That didn't go over well on Twitter, where he was called everything from a sell-out to an Uncle Tom. Last weekend Ice Cube appeared on Fox News to talk to Chris Wallace about why he's working with Trump on the president's "Platinum Plan" for Black Americans, claiming, "They listened, heard what I had to say, pumped up their plan and presented it to the people."

I watched Ice Cube's video and listened to him explaining his contract. Maybe the Trump years have been good to celebrities like him financially; maybe their tax bills are $750 and they would enjoy four more years of that. It's not strange for rich rappers, or rich Black people in general, to support Republicans for financial reasons. But Trump hasn't even looked out for his own base, so why would he care about Black people who almost universally don't support him?

I didn't give it much thought beyond that. I never asked Ice Cube to negotiate a contract on my behalf — I have agents and lawyers for that. And I've never once walked into a voting booth, scratched my head and thought, "I wonder what Ice Cube would want me to do?"

But Ice Cube proved impossible to ignore in the days following his announcement. No, he didn't drop a Mitch McConnell freestyle or wear a MAGA hat, but his name kept popping up in the feeds of prominent voices denouncing his support for Trump and the Black men who would supposedly follow his lead. It's funny that every time a Black man says or does something selfish or stupid, he's automatically made out to be the spokesperson for every Black man on the planet. Are we considered incapable of supporting a presidential candidate without checking in with a middle-aged rapper — or a celebrity sneaker designer, for that matter — first?

I wanted to throw my phone through the drywall, patch the hole with the phone still inside, then head to the pumpkin patch for fresh cider. But I kept scrolling and reading, growing more disappointed with posts insinuating that Black men were somehow responsible for elevating Trump, as if his "law and order" rants don't empower the very police officers who kill Black men almost daily.

According to a recent Gallup poll, Trump's approval rate with Black men is 19% compared to 11% with Black women. Can we all agree that Trump doesn't really have Black support? By focusing on that difference in support among a small section of Black men and women, we are losing focus on what really matters: working together to get this guy as far away from the White House as possible.

President Barack Obama was the first person I ever voted for. I woke up early that day and proudly stood on line, anxious to cast my ballot for the first politician to speak directly to me. I had been old enough to vote for John Kerry in 2004, or Al Gore in 2000, but I didn't feel people like me — Black people living in poverty in the inner cities — were part of their plans. I'm sure Gore and Kerry meant well, but their rhetoric didn't motivate me, so I sat out. Gore and Kerry both carried Maryland anyway, and George W. Bush still ended up in the White House both times, leading us into a pointless deadly war that claimed thousands of lives and is still killing people today. So "my vote don't count" rolled off of my tongue so often you would've thought I was paid every time I said it. I was young and naive at the time, but I bet millions have felt the same, and some live in states where their votes collectively could have changed an electoral college outcome.

I know now that a vote has worth. A vote can be worth so much, the lack of it can cost human lives. But this year, we have the perfect opportunity to make our same mistakes all over again. Beyond all of the racist, sexist, idiotic things our current president has done, his mishandling of COVID-19 has led to more than 222,000 deaths in the U.S. so far, and we're still counting. All of the infighting among Black Americans over the polls and celebrity endorsements is an illusion that dilutes our focus on Trump's trail of lies, broken promises and failures.

With all that in mind, the idea of Ice Cube partnering with the Trump administration just seems silly. I'm old enough to remember the Ice Cube who once rapped:

But welcome to McDonald's; "may I take your order, please?"
Gotta serve ya food that might give you cancer
'Cause my son doesn't take no for an answer
Now I pay taxes that you never give me back
What about diapers, bottles, and Similac?
Do I have to sell me a whole lotta crack
For decent shelter and clothes on my back?
Or should I just wait for help from Bush?
Or Jesse Jackson, and Operation PUSH?
If you ask me the whole thing needs a douche

That was from his 1991 song "A Bird in the Hand," a track that acknowledged the limited options facing many Black Americans and spit real truisms on how the left and the right have abandoned our communities. As my grandma would say, "Right wing, left wing, they both belong to the same bird."

Like me, Cube has changed his mind about politics over time. He gravitated toward the money, which, as I stated, rich people tend to do. But I refuse to believe without evidence that a critical mass of Black people were waiting for Ice Cube to speak up about this election before they decided how to vote.

During a recent virtual classroom visit, an 18-year-old student asked me why he should vote.

"What's the difference between Trump and Biden?" he asked. "Like for real."

"Biden may not be the perfect candidate," I said. "But you have a choice. In life, we make decisions all of the time. I hate spaghetti and I hate turkey meatloaf; however, if I'm hungry and they are my only two options, then meatloaf it is. Every decision isn't gonna leave you 100 percent satisfied, but that doesn't make you exempt from making the tough choices."

I then told the kid to ignore the useless noise from all the personalities — from Twitter-verified pundits to Facebook weirdos to celebrities like Ice Cube — who don't come through his neighborhood to offer real help, who can't understand his current reality, but are trying to sway his vote now for their own reasons. I told him I'd never tell him who to vote for, but to remember these used to be choices only rich white men were allowed to make. Our ancestors fought hard for our right to vote.

"So, Biden is a broken arm to me. Trump is a broken spine, broken neck and four broken limbs," I said in closing. In that case, I told him, "not voting is death."

Which would you choose?