"You're going to toss their ballot out if it doesn't come in until the day after or two days after?" MacCallum asks 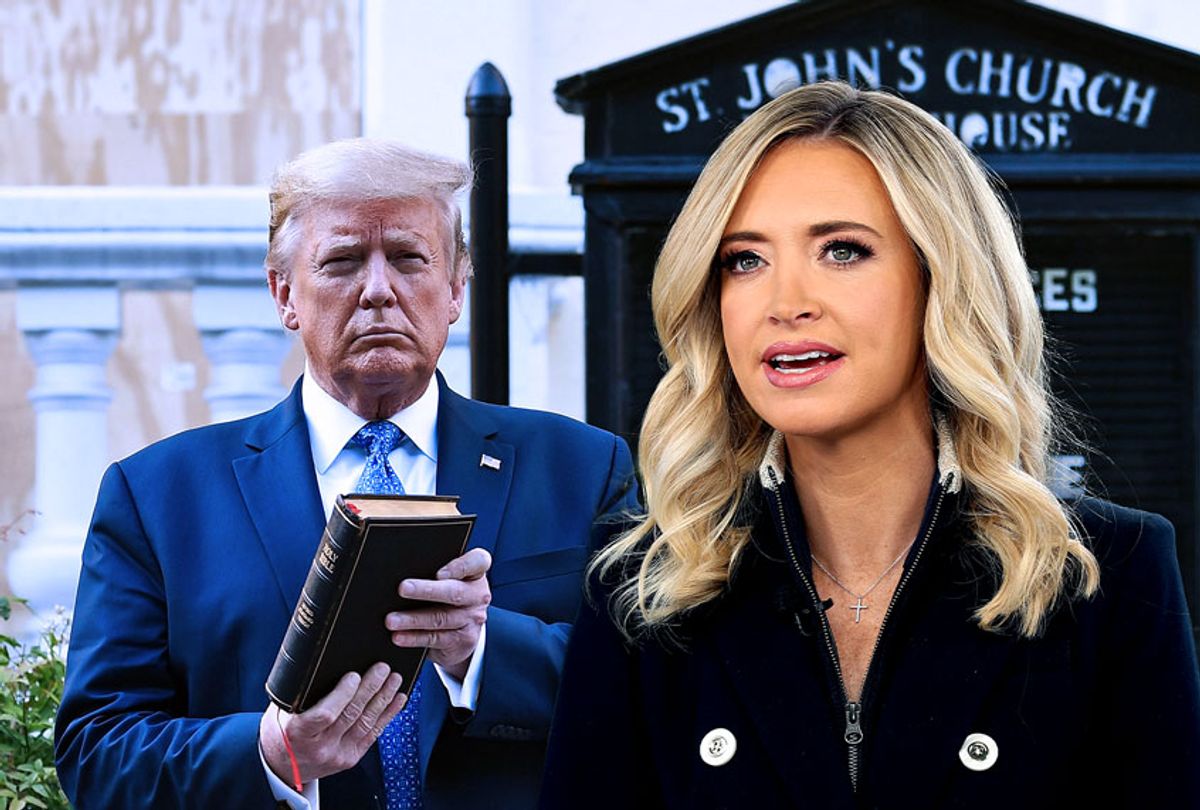 Specifically, McEnany strained to justify the campaign's attempt to join a lawsuit brought by Pennsylvania Republicans seeking to intervene in a state Supreme Court decision. That court order, handed down before the election, validated mail ballots with an Election Day postmark received by Friday, Nov. 6.

Citing the case's proximity to the election, the U.S. Supreme Court let the order stand. In anticipation of a renewed challenge, state officials segregated their 3.1 million mail ballots between those received before and after the election.

"We believe the American people deserve answers, which is why we are in court currently fighting in Pennsylvania," McEnany said. "They want to count ballots that come in three days after. We have election days in this country for a reason, because votes are counted on Election Day."

The normally Trump-friendly hosts pushed back against the senior administration official, whose media appearances as an unpaid campaign official have drawn the scrutiny of ethics experts.

"Kayleigh, we always have had provisional ballots and military ballots — things that get counted later," MacCallum said. "The votes have to be in by Nov. 3 . . . The voting is happening on Election Day. It's just how long it takes to get them counted: three days."

"In Pennsylvania, they want to extend arrival for three days after," McEnany responded, adding that she believed Trump would win even if the ballots were permitted. (In 2015, McEnany said then-vice president Joe Biden was a "man of the people" who would beat "tycoon" Trump in a head-to-head contest.)

But MacCallum challenged the Harvard Law School graduate on legal grounds, citing the likely infringement on due process.

"Even if they voted on Nov. 3 in Pennsylvania because they were told that that was OK to do, you're going to throw their — toss their ballot out if it doesn't come in until the day after or two days after?" MacCallum asked.

"No, we believe every vote on Election Day should be counted," McEnany replied. "But it's those that arrive after the Election Day that we are fighting."

"Even if they already voted on Nov. 3, which is the postmark?" she asked.

McEnany again dodged the central tenant of the question.

"We're fighting for those that are after Nov. 3," she replied. "We want Election Day ballots to be counted, and we will prevail."

Moments before this exchange, McEnany had made the opposite argument about the outstanding ballots in Arizona, where Democratic nominee Joe Biden was hoping to maintain a thin lead. She predicted that the ongoing ballot count would end up offering a "very good drop" for Trump.

"About 400,000 of those [remaining ballots] are right there in Maricopa County, which is crucial," she said. "They've released party ID of these ballots. There are more Republican ballots than Democrats, and we believe the unaffiliated ballots will break our way at the end of the night."

"In fact, we're predicting by about 30,000 votes we win, and there will be a very good drop — it looks like tomorrow morning in Maricopa County — which we think will change the analysis," she claimed.

After McEnany's circumlocutory bout with MacCallum, co-host Brett Baier stepped up to ask if the Trump aide was able offer "any real evidence that anything untoward has actually happened" in Pennsylvania.

McEnany did not offer such evidence, pointing instead to the past.

"Philadelphia, in particular, has a history of very peculiar results," she replied. "You had . . . 59 different precincts where Mitt Romney got precisely zero votes, which is very unlikely and curious indeed."

Trump made this same claim in October, and it has repeatedly been fact-checked as utterly false.

McEnany then pivoted to a valid fraud claim, albeit one which did not apply to this election. She also presented the claim, which was apparently not impactful enough to stand on its own, in a misleading manner.

These seemingly two separate instances were, however, the same. A former congressman who stuffed the ballots, was charged with paying the aforementioned judge, who was convicted.

In total, the congressman stuffed 118 ballots across three elections. He, and the judge, were both caught.