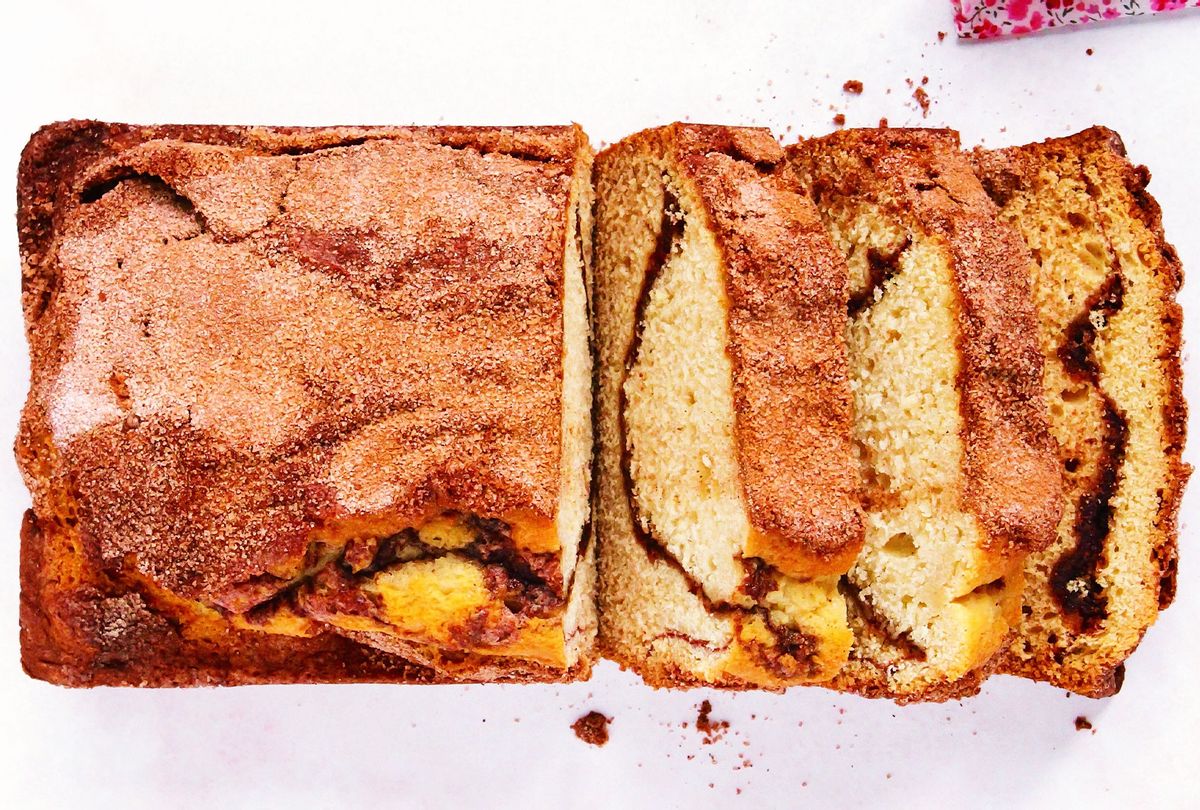 There's no bake more comforting than a quick loaf. Clean-up is a breeze with these one-bowl recipes, which you can prepare in 15 minutes or less. After you exert minimal effort, all that's left for you to do is pop your mixture into a loaf pan before putting your feet up and letting your oven do all of the hard work for you.

It's been a long year, and there's one thing everyone could use in their lives right now: comfort. That's why the Meyer Lemon Blueberry Loaf developed by Salon's resident pastry chef Meghan McGarry of Buttercream Blondie was a viral hit this spring. That bright, seasonal bake was followed up by an Apple Spice Loaf Cake, which not only shined a spotlight on fresh Granny Smith apples but also tasted like fall in a bite.

In case you missed it, Salon Food spent the last six weeks baking through fall with McGarry's roster of go-to seasonal bakes. After the popular loaf, readers pivoted to apple crisp bars, which magnified the star fruit of the season, and an apple crumb cake, which served up nostalgia in a no-fuss bake. There were also three cookies in the mix: apple cranberry oatmeal, easy peanut butter cups, and Irish cream pumpkin.

It may be hard to believe it, but the holidays are finally upon us. This week rings in the season with the first in a new series of modern spins on classic desserts: Cinnamon Swirl Quick Bread. There's no better way to ease into the most wonderful time of the year than with a recipe that will not only make your kitchen smell like you're home for the holidays but also require minimal effort. (And "minimal" may be a stretch, because this bread is even easier to make than banana bread.)

You could spend a pretty penny on a highly-processed cinnamon at the store or hours making homemade cinnamon rolls. Instead, you could simply open up your pantry, where you will likely find everything you need to make a no-fuss upgrade to both options without even leaving home. The list of everyday ingredients you'll need includes: all-purpose flour, cinnamon, eggs, and sugar.

In her makeover of this retro bake, McGarry emphasizes the coziness and warmth of the holidays. Brown sugar, vanilla, and a hint of whisky combine together like a welcoming hug. If you've already cleared out your bar cart baking along with McGarry this fall, you can leave the latter out. You can also swap out brandy or bourbon for equally spirited results.

Those ingredients all play key supporting roles, but the secret weapon is one you may not expect: buttermilk. The addition of dairy yields a bread with robust moisture. At the same time, it balances the flavors and keeps the bake light air.

RELATED: You can bake this quick loaf with ingredients on hand in your pantry, because substitutions are easy

We still haven't even gotten to the star of the show: cinnamon. There's not only a cinnamon swirl running through the center of this beautiful loaf that melts in your mouth but also a cinnamon sugar topping that adds cheer to every bite. The cinnamon sugar swirl looks like a work of art, but you don't have to be a professional pastry chef like McGarry to knock it out of the park. All you do is add a layer of cinnamon sugar mixture halfway through adding the mixture to your loaf pan. Once you slice open the freshly-baked bread, you'll find a gorgeous swirl spinning around the pastry.

As pretty as that swirl may be, you'll reserve the standing ovation for the cinnamon sugar topping. The final step before your pan hits the oven requires topping the loaf with a cinnamon sugar mixture, which transforms into a crunchy topping that is the icing on the proverbial cake. In additional to the light bread and the cinnamon swirl, you get a nice contrast in texture from the crunch throughout every couple of bites.

RELATED: These spiked apple crisp cheesecake bars are better than any pumpkin dessert you'll have this fall

Simplicity isn't the only reason to love a quick loaf. Like its apple and blueberry relatives, this cinnamon version fits any menu. It's the perfect starter for a boozy brunch, afternoon pick-me-up when paired with a hot cup of tea, or after dinner dessert alongside a heaping scoop of vanilla ice cream. If you aren't hosting family and friends this holiday season, this loaf also makes a great gift that is guaranteed to liven up any boring cookie swap. (It also freezes well for when you need some emotional support.) Here's to a season filled with joy and laughter!

For the Quick Bread