Alabama cop calls for the murder of Joe Biden voters: "Put a bullet in their skull for treason" 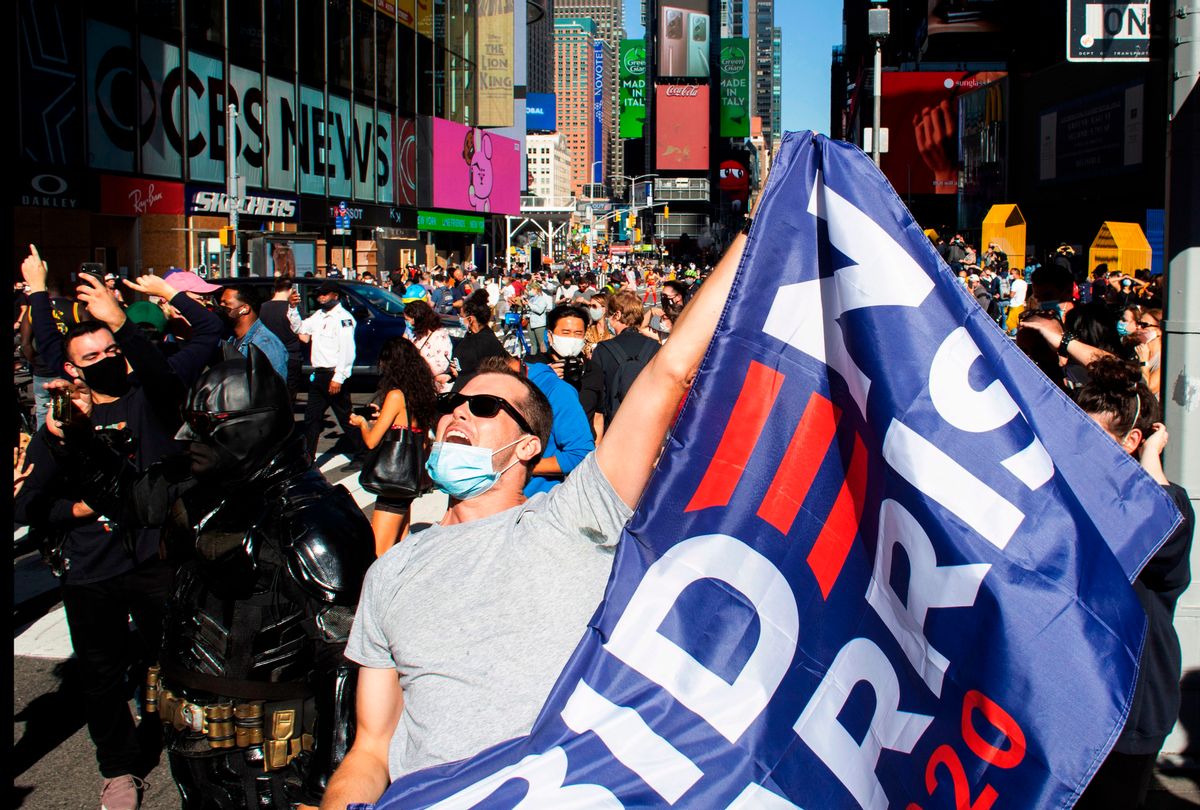 People celebrate at Times Square in New York after Joe Biden was declared winner of the 2020 presidential election on November 7, 2020. (KENA BETANCUR/AFP via Getty Images)
--

In the town of Flomaton, Alabama, a far-right police captain stepped down following an outcry over a social media post that called for the murder of Joe Biden supporters.

The 2020 presidential election has turned out to be quite tight in key states and on Thursday, former Vice President Biden had won 253 votes in the Electoral College compared to 214 for President Donald Trump and had a clear shot at victory with the votes remaining to be counted.

As the process continued, a Facebook user posted, "The idiots that voted for Biden hated Trump enough to throw the country away. Thank the lying liberals and Democrats news media." Flomaton Police Capt. Scott Walden, in response to that post, wrote, "They need to line up ev1 of them and put a bullet in their skull for treason."

Because of that post, Walden was placed on administrative leave. And he ended up resigning.

Flomaton Mayor Dewey Bondurant, according to ABC 33/40 (an ABC television affiliate in Birmingham), said that Walden had been warned before about making inflammatory comments publicly. The mayor said, "I handled it by law. We put him on administrative leave, paid leave, but we took his gun and his shield."

According to Flomaton Police Chief Charles Thompson, an investigation of Walden's conduct is underway.

The announcement also said, "The Flomaton Police Department holds officer's conduct to the highest standard and will continue to do so. Copies of the comments and complaints have been acquired and retained for Internal Investigations. The outcome of the internal investigation is pending at the time and date of this Press Release. A new press release (will) be made available later on today's date."