Psychiatrist Bandy Lee: Trump's election meltdown is "most dangerous period of this presidency" 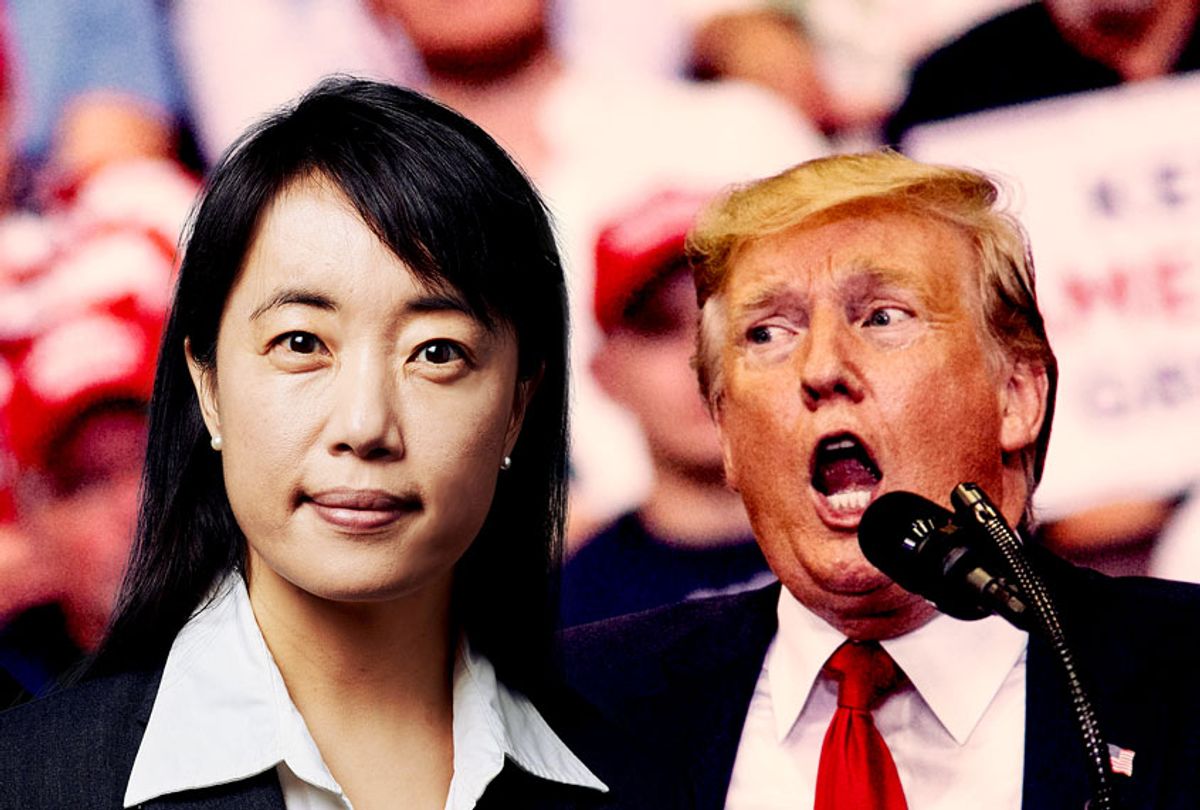 Psychiatrist Bandy X. Lee, who has sounded the alarm over President Donald Trump's mental health since he announced his candidacy, warned that his post-election meltdown shows he may become more dangerous after his electoral defeat.

Lee, who has taught at Yale and served as a research fellow at the National Institute of Mental Health, warned that the public should not underestimate Trump's ability to exert his will on his political opponents, even if his days in the White House are numbered.

Well before his conclusive defeat, Trump responded to falling behind in Pennsylvania, Georgia and Nevada by baselessly alleging fraud and falsely declaring victory in states where he was trailing. His campaign has also filed multiple lawsuits challenging the vote-counting in various states, although many have already been outright rejected by judges while others have little chance of affecting the race.

Lee is a violence expert who has worked on multidisciplinary, public health approaches to violence prevention for more than 20 years. She is the author of the textbook "Violence" and editor of "The Dangerous Case of Donald Trump: 37 Psychiatrists and Mental Health Experts Assess a President." She is also president of the World Mental Health Coalition, which on Saturday will hold a town hall on "How to Heal the Nation."

"We are entering perhaps the most dangerous period of this presidency, and a safe landing will depend on how we understand what is happening and how well we prevent potential catastrophe," Lee told Salon. "For these reasons, in late September, more than 100 senior mental health experts went on video record to announce that Donald Trump was too psychologically dangerous and mentally unfit to qualify for the presidency or candidacy for re-election. More than a week ago, we held an emergency interdisciplinary conference that followed up on our earlier National Press Club conference, broadcast in full on C-SPAN, which brought together 13 of the nation's top experts in fields as diverse as psychiatry, law, history, political science, economics, social psychology, journalism, climate science and nuclear science to emphasize the need for fit leadership. A month ago, I urgently published a "Profile of a Nation" to help the public understand what it was facing through this perilous time and to assist with coping and recovery."

Lee spoke to Salon about what she expects from Trump after his defeat and how the public can move forward after his presidency.

Trump has lied nonstop about winning states he lost and voter fraud that hasn't happened. Is this him just trying to save face or do you think he actually believes he won?

First, we should understand that it is still premature to believe that the problem will now be confined to Donald Trump. We must continue to state the facts but also be aware that winning the vote is only the beginning. Mental health professionals' warnings — that we are facing greater dangers than people assumed — continued to go unheeded, and while people are scratching their heads as to how pundits and pollsters could have gotten the margin of victory so wrong, for us it was predictable because of the psychological factors involved. To continue to preclude psychological considerations on a psychological issue is like going into battle without weapons or armor. We are doing the same with the pandemic.

As to whether Donald Trump actually believes he has won, while this is difficult to tell without an examination, we can have a good estimation from his followers' responses. Delusions are cherished beliefs that allow one to create mostly for oneself a desired reality, where one is a "winner," for example, while dispelling intolerable truths, such as that one could be a "loser." While strategic lies can only get one so far, actual delusions are far more emotionally powerful and more easily passed on because the primary person communicating them is truly convinced of them.

Because those with delusions usually know their beliefs are untrue, but simply have pushed this knowledge into their unconscious, you can also see from their resistance to facts and evidence, doubling down, and even becoming violent when challenged. We see this in his followers, who are often impermeable to information that contradicts their fixed beliefs and can grow belligerent if challenged.

How do you think he will react once all the election results are certified and his court challenges are inevitably rejected or fall short?

We should not underestimate his psychological ability to gauge what he needs to say or do to manipulate his followers and intimidate, exhaust or defeat his opponents. He is ingenious at this, since he has done this all his life for sheer psychic survival: It is a matter of life or death for him. In mental pathology, where higher functions are impaired, one is often more driven more by one's "primitive brain," or what Donald Trump refers to as his "gut." This part of the brain is irrational but very powerful, as the emotional drive is strong. To a person with pathological narcissism, illegitimate power is a psychological lifeline, for which one would do anything—including destroy oneself and the world. This may not make sense from a rational point of view, but it is entirely expected of a mind overtaken with emotional need.

This is almost certain. He himself has announced he will not leave. His patterns so far reveal that he has few internal constraints, and from his inability to tolerate criticism or to admit that he is ever wrong, we can expect him to go to any extents to avoid being a "loser" and a "sucker." Breaking laws and norms therefore will be nothing for him, especially when his emotional lifeline depends on it, since the loss of the presidency will mean the loss of a steady stream of adoration, in addition to the likelihood of prosecution and going broke.

What does someone like Trump do after a massive defeat? Do you think he will run again?

We see how he easily enters into rage attacks, especially when he feels that the world has not supplied him with the adulation and approval he feels entitled to, which it inevitably never does. But when there is an all-encompassing loss such as this, which takes away everything he has been depending on for the last four years, it can trigger a vengeful rampage of destruction against a whole nation that has failed him. Whether he runs again will depend on what we do in the interim, including the media not enabling his pathology.

Trump's supporters have been stoking conspiracy theories about the votes for days. How do you think that plays out during Biden's presidency? Are we going to have to hear for years about how the election was stolen when there is no evidence at all?

Separation from their "leader" will bring a great deal of trauma to his supporters because of the emotional dependence he cultivated, and the degree to which he separated them from their ordinary interests, their loved ones and their own realities. They, too, will be fighting with their lives to keep his presidency, as we can see from the extreme conspiracy theories they are willing to espouse just to keep him in the "right."

How this plays out in the Biden presidency will depend on how conditions are changed to facilitate their recovery. First, reduction of exposure alone will be healing. I often emphasize the "shared psychosis" or "folie à millions" (madness by the millions) among his followers, a phenomenon that has been well documented by renowned mental health experts such as Carl Jung and Erich Fromm. Symptoms are shared when a severely mentally-impaired person is placed in a position of influence and there is sustained exposure. The treatment is separation, after which most secondary persons will return to their baseline state, and takes care of the emotional part.

The cognitive part has been maintained through propaganda and cultic programming, and something needs to be done to reduce programs masquerading as "news," while using psychological tactics to insulate from other information sources, and creating social media "bubbles." Then we need to fix the socioeconomic and cultural conditions that gave rise to their vulnerability in the first place.

There is a great deal of collective psychological healing to do, and this is one of the reasons why I urgently wrote and published my "Profile of a Nation: Trump's Mind, America's Soul," as a public service and sequel to "The Dangerous Case of Donald Trump." It tries to give people tools for understanding and getting through this difficult period, as well as to know that there will be ways for the nation to heal and to recover our soul.