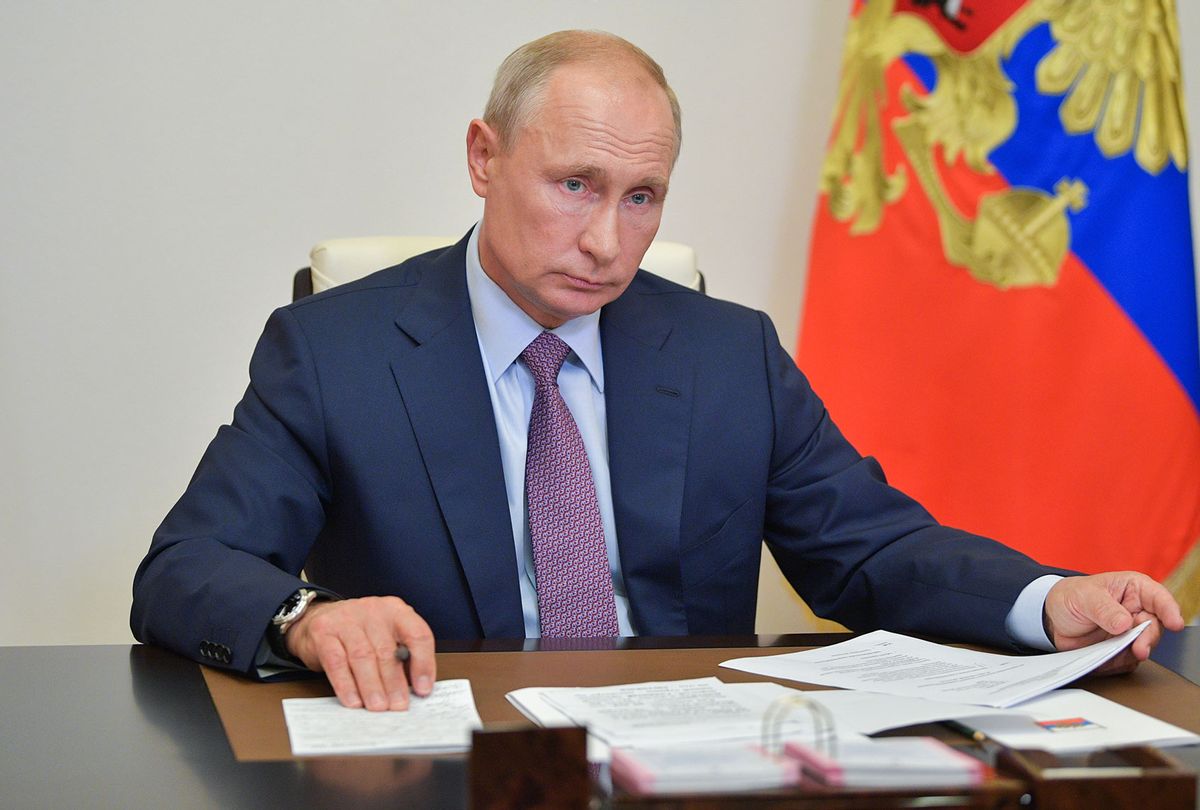 Leaders across the globe have congratulated Biden since he was officially projected on Saturday to win the election by major news outlets. But Putin is still holding out along with the leaders of China and Turkey.

"Obviously, you can see that certain legal procedures are coming there, which were announced by the incumbent president. Therefore, this situation is different," Kremlin spokesman Dmitry Peskov told reporters on Monday, according to the Associated Press. "So we consider it correct to wait for the official announcement."

"The differences are quite obvious," Peskov said, explaining that "there were no announcements of legal challenges" in 2016.

The New York Times noted that Putin had been "trying to distance himself" from Trump in recent months. Putin chose "not to give Mr. Trump what would have been a prized foreign policy victory: a renegotiated New Start nuclear arms deal," and he even pushed back on the administration's claim that progress had been made.

"We will work with any future president of the United States — the one whom the American people give their vote of confidence," Putin said last month.

But the CIA said earlier this year that the Kremlin appeared to be trying to meddle in the election in an effort to help Trump. U.S. intelligence agencies concluded that Putin had directed military intelligence to aid Trump in 2016, an effort which was welcomed by the president's campaign.

Amid Putin's silence, leading Russian opposition figure Aleksei Navalny, who was poisoned with a Russian nerve agent earlier this year, congratulated Biden and Vice President-elect Kamala Harris as he praised the country's "free and fair election."

"This is a privilege which is not available to all countries," he wrote. "Looking forward to the new level of cooperation between Russia and the US."

"Biden will work hard with partners and allies to push back on whatever Russia is up to — whether it's trying to assassinate Russian citizens overseas; or kill their own opposition leaders like the alleged attempt with Navalny in Siberia; or activities in Syria, Crimea, etc.," Karin von Hippel, the director-general of the Royal United Services Institute, an international defense think tank, told CNN. "So I do think he [Putin] knows that there will be much more of an effort to try to contain Russia."

Putin is among a handful of prominent world leaders who have opted for silence in the wake of Biden's win.

Chinese Foreign Ministry spokesman Wang Wenbin said President Xi Jinping had not congratulated Biden, because "the presidential election result will be determined following U.S. laws and procedures," according to the AP.

Chinese officials expect a Biden administration to "push back against China's growing assertiveness and team up with allies to confront Beijing over the treatment of Uighurs in Xinjiang and its crackdown on Hong Kong . . ." Bloomberg News reported. "Xi's silence contrasted with Taiwanese President Tsai Ing-Wen, who quickly congratulated Biden with a tweet, reflecting that the 'values on which we have built our relationship could not be stronger.'"

Omer Celik, a spokesman for Turkish President Recep Tayyip Erdogan's party, told reporters that he was waiting "for the final results . . . because there are objections and other disputes."

With Trump in office, "Erdogan has largely been given carte blanche to do what he wants," while Biden has vowed to take a "very different approach," CNN reported. Erdogan must "pay a price" for his aggression in the Middle East, Biden previously said.

Other world leaders who had allied themselves with Trump quickly congratulated Biden and Harris in hopes of maintaining good relations with the incoming administration.

Israeli Prime Minister Benjamin Netanyahu offered congratulations to the Democrats, citing his "long & warm personal relationship" with Biden on Twitter. Biden has vowed to restore the Iran nuclear deal, which Netanyahu opposes, Reuters noted. He is also likely to oppose illegal Israeli settlements on Palestinian land, as the Obama administration did.

"It was a blow to Trump that his closest personal transatlantic ally had endorsed Biden's victory before any formal concession statement from the White House," The Guardian reported. The outlet added that Johnson "faces a catastrophe in terms of future relations with Washington if he pursues a no-deal Brexit," which Biden has long opposed.