At least one attorney has reportedly quit, while others worry about lasting damage of Trump’s bogus claims 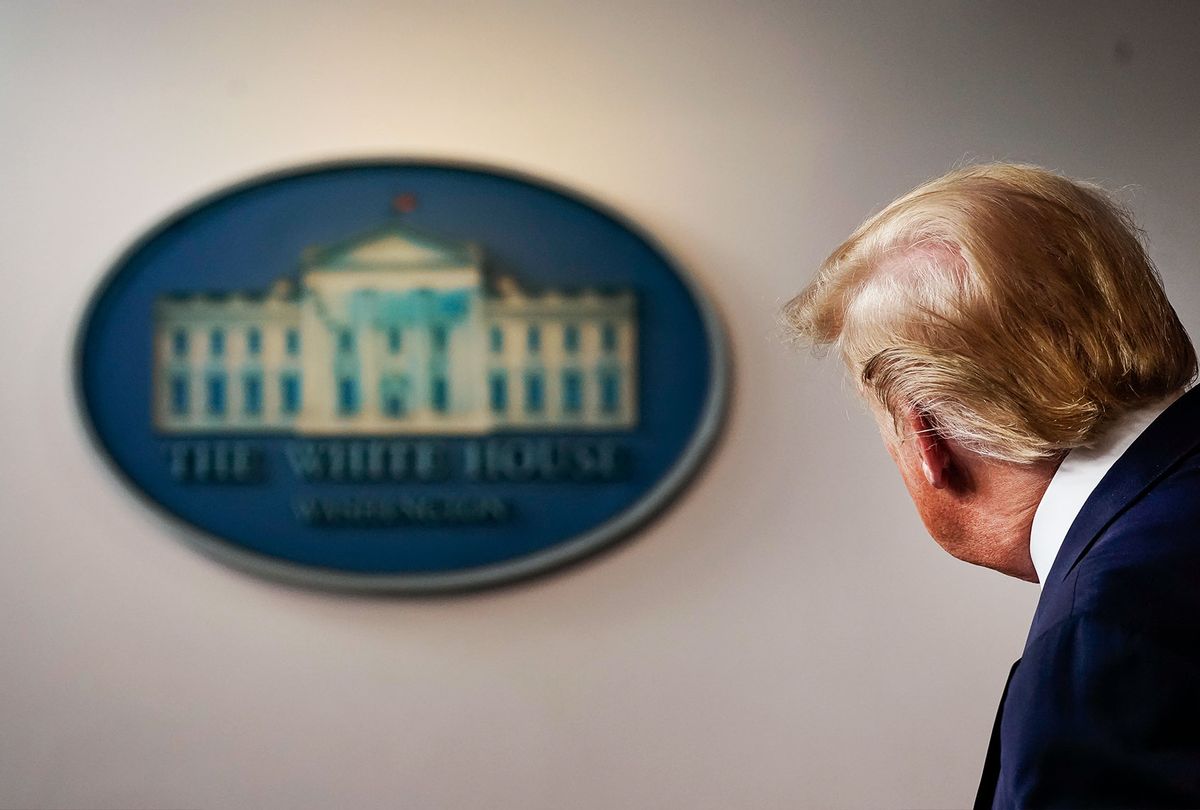 Attorneys at two major law firms representing President Trump and his allies in election lawsuits have expressed concern that they are pushing baseless allegations that help "undermine the integrity of American elections," according to The New York Times.

Jones Day, one of the biggest law firms in the United States, has represented Big Tobacco and the family of Osama bin Laden, but its role in Trump's crusade to sow doubt in the 2020 election without any evidence has alarmed some senior attorneys. Some Jones Day lawyers told the Times they have had to endure "heckling from friends and others on social media" over their work, even though the firm has represented Trump for years.

Lawyers at the firm, which represents the Trump campaign and the Republican Party, worry "about the propriety and wisdom" of working for the president, according to the Times. Some of the firm's senior lawyers are "worried" that Trump's lawsuits are "advancing arguments that lack evidence and may be helping Mr. Trump and his allies undermine the integrity of American elections," nine partners and associates told the outlet.

In one case, where the campaign pushed for late-arriving ballots in Pennsylvania to be segregated, the firm's lawyers said, "given the small number of late-arriving ballots involved in the litigation, and the fact that they already had been segregated, the main goal of the litigation seemed to be to erode public confidence in the election results."

One attorney told the outlet that the firm "risked hurting itself by taking on work that undermined the rule of law."

"To me, it seems extremely shortsighted," the lawyer said.

One lawyer at another firm representing the Trump campaign — Porter Wright Morris & Arthur — has reportedly quit in protest of the firm's work for Trump and the GOP, according to the report. Attorneys at the Ohio-based firm have held internal meetings to express concerns about the work.

Some attorneys at the firm, which has earned at least $727,000 from its work for Trump and the Republican National Committee, were "dismayed" to learn that they would be representing Trump and worried they would be asked to try to delay the election.

The two firms are involved in at least four legal challenges in Pennsylvania. Porter Wright's latest lawsuit, filed on Monday night, seeks to prevent the state from certifying any results over numerous alleged irregularities. Pennsylvania Attorney General Josh Shapiro said the lawsuit was "meritless" and sought to challenge the result of an election that was "overseen by bipartisan election officials and was lawful, fair and secure."

"For months, the vast majority of these lawsuits have been dismissed and found to have no merit by Courts at all levels, and this one is no different," Shapiro said.

Trump's former White House counsel, Don McGahn, who became a key figure in the Russia investigation, recently returned to his position at Jones Day. Some senior attorneys at the firm had "objected to working closely for a polarizing presidential candidate" in the 2016 election and "grimaced at the sight" of McGahn standing alongside Trump after he won the New Hampshire primary that year, according to the Times. But the firm has since worked on 20 lawsuits involving Trump, his campaign or the Republican Party and worked for the campaign in the Russia investigation. The firm has received more than $20 million in fees from the campaign, Trump-aligned groups and the RNC, according to Federal Election Commission records.

The firm's attorneys have had to "reassure clients" that their work for Trump would not influence the rest of their caseload but "partners generally swallowed their concerns about the close relationship," according to the Times.

Laurence Tribe, a constitutional law expert at Harvard Law School, told the outlet that the challenge "fails to allege facts sufficient to support a conclusion that the relief sought would alter the election's result — a key difference between this complaint and the submission leading the Supreme Court to intervene in the state recount in Bush v. Gore."

Ben Ginsberg, a longtime Republican Party lawyer at Jones Day who left the firm in August, warned in a Washington Post op-ed last week that the party was "destroying itself" to advance Trump's "multimillion-dollar effort to disenfranchise voters."

"This is as un-American as it gets," wrote Ginsberg, a key attorney in the 2000 Florida recount. "This attempted disenfranchisement of voters cannot be justified by the unproven Republican dogma about widespread fraud. Challenging voters at the polls or disputing the legitimacy of mail-in ballots isn't about fraud. Rather than producing conservative policies that appeal to suburban women, young voters or racial minorities, Republicans are trying to exclude their votes."