How "The Queen's Gambit" is inspiring a wave of new chess fans, especially women

Chess had already enjoyed a "pandemic bump" in interest, but the engrossing Netflix series really changed the game 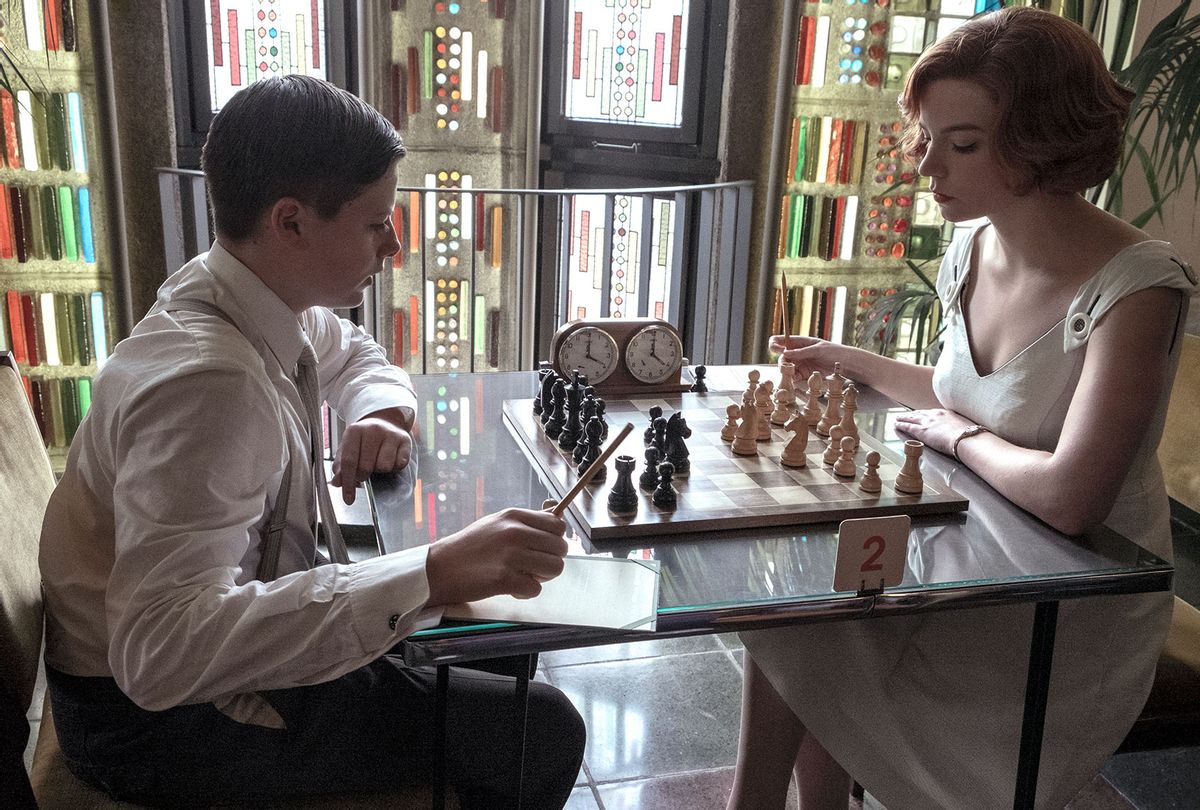 The day after Netflix's ode to fluidity "The Queen's Gambit" premiered, Google searches for the term "chess" spiked to nearly double what they had been the year prior. There had already been what Levy Rozman — an international chess master and instructor who streams under the name GothamChess — calls a "pandemic bump" in interest, but the series has cemented the game's status as one of the "it" activities of 2020, alongside baking banana bread and hoarding toilet paper.

"I think it was the best representation of chess that you could present to an audience that doesn't know, or doesn't really think about chess on a day-to-day basis," Rozman said. "I tried to make an effort to see it within the first week, first of all, to get some content out about it, but at the same time, it was because I think one in every 10 messages during streams was, 'Have you seen it? What do you think about it?'"

As Salon's Hanh Nguyen wrote, the series, which stars Anya Taylor-Joy, "begins with nine-year-old Beth in a Kentucky orphanage, where she is raised after her mother's tragic death. There, a taciturn janitor (Bill Camp) introduces her to chess, for which she has an astounding aptitude. After her adoption, Beth's unique Bildungsroman begins in earnest as she travels the country and then the world to earn prize money at chess tourneys and seek the respect from mostly male peers."

Rozman began playing chess when he was young, too.

"I played my first tournament when I was seven, and I've been just playing ever since," he said.

He began streaming instructional videos and chess commentary in 2018. It was a grind; he started with fewer than 10 followers and would be online from 9 p.m. to 4 a.m. some days. Then there was a noticeable uptick in November 2018 when the World Chess Championship streamed on Twitch, and American Fabiano Caruana went head-to-head against Norwegian chess Grandmaster Magnus Carlsen, who is one of the greatest players of all time. Online chess' popularity saw some ups and downs throughout 2019, then the pandemic hit, followed by the release of "The Queen's Gambit."

Rozman's viewership numbers exploded as suddenly everyone wanted to learn to play the game, including celebrities.

"I gave a chess lesson to an NBA player less than a month ago," Rozman said. "And then I started experiencing 'The Queen's Gambit effect' a few weeks ago. I had a video called 'How to play the Queen's gambit' that I made on August 31st . . . It's now the most-viewed video I have. It gained 150,000 views in two weeks. My average for views was like 70,000 a day. I'm now at half a million."

This isn't just an American phenomenon. Antonio Radić is a Croatian chess player who currently has the most popular chess channel on YouTube, with more than 805,000 subscribers.

"More people are subscribing to my channel than usual," Radić said. "I can't say for sure if it is related to the show, but a video I made on ["Queen's Gambit" character] Elizabeth's final game against Borgov [released Oct. 25] is already at 1.6 million views, so I would definitely say there is a connection."

Both Rozman and Radić also have seen an uptick in the number of women subscribing to and watching their content.

Radić's numbers are similar. On paper it's a small shift of an even smaller demographic, but as depicted in the show, women aren't a majority in the world of professional chess — not even close. As Emma Baccellieri wrote for Sports Illustrated in 2018, "women aren't disproportionately outnumbered just at the top of the leaderboard. They're disproportionately outnumbered everywhere, from youth competition up. Just 14% of U.S. Chess Federation members are female; that might seem low, but it's a record high, reached just this year. Most female players consistently find themselves surrounded by men."

That's one of the reasons that "The Queen's Gambit" is such a breath of fresh air. It shows a young woman dominating in a space that is historically male-dominated. It's also potentially paving the way for women and girls to become more involved in the game.

Jennifer Shahade is a two-time United States Women's Chess Champion, a Woman Grandmaster and author of the books "Chess Bitch" and "Play Like a Girl." She is also the women's program director for the U.S. Chess Federation and said, since the release of the series, her inbox has been flooded with messages about learning to play.

This is encouraging because scholastic chess has become more popular with girls over the last decade, but there is a sharp drop-off in young women playing chess after graduation.

"I'm seeing a big rise in the number of girls — but also especially the number of teens and adult women who are signing up for our various programs," Shahade said. "For example, we have 150-plus women registered for a combination chess lesson and book club Friday. And a lot of them are very well-known outside chess but are not really test players. We have writers, actresses, influencers."