A former friend tells all about her relationship with Ivanka Trump, including claims of bigoted anti-Islam views 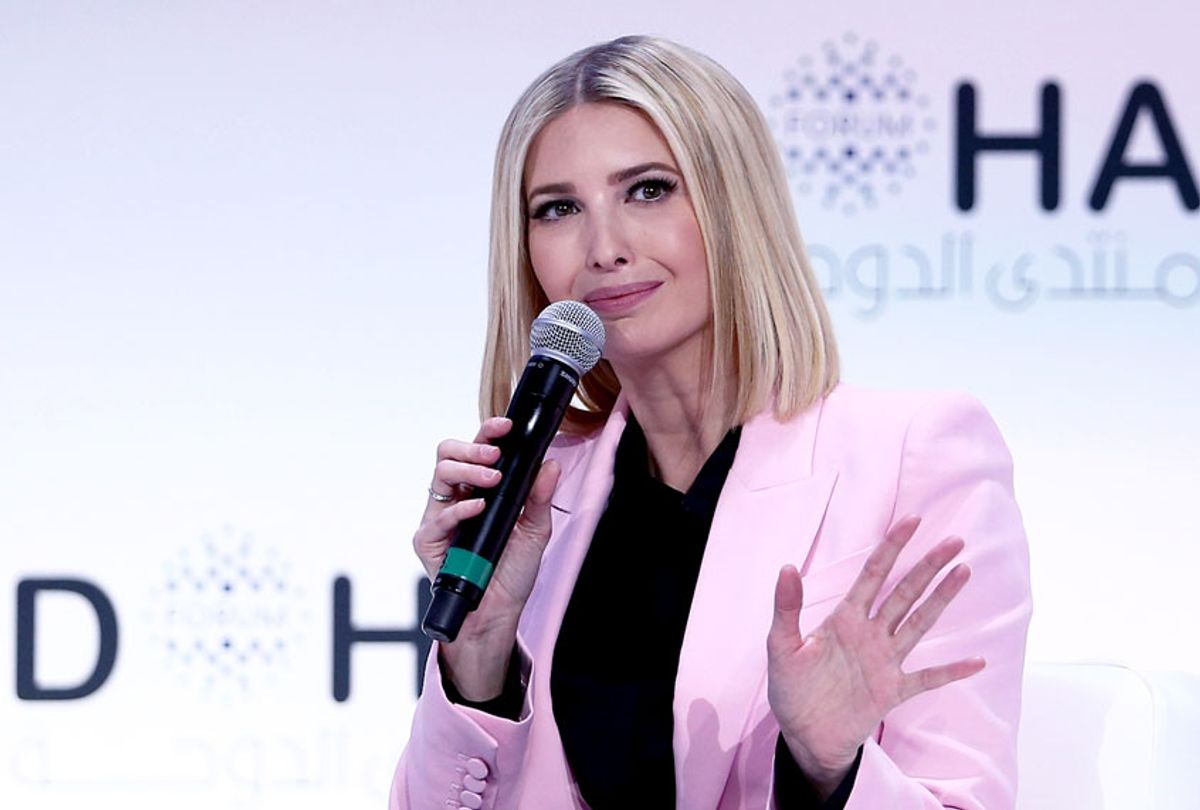 Lysandra Ohrstrom is a Brooklyn-based freelance journalist. She is also someone who, according to an in-depth article she wrote for Vanity Fair, considered Ivanka Trump her best friend when they were growing up in New York City. And Ohrstrom's piece, published this week, is full of anecdotes about their interactions in the past — including times when the now-White House senior adviser expressed bigoted anti-Islam views.

"Ivanka Trump was my best friend growing up," Ohrstrom explains. "We first met when I joined her seventh-grade class at Chapin, an all-girls' school on Manhattan's Upper East Side that had a reputation for attracting a blue blood, feminine, but ambitious cohort of young girls — not unlike its most famous alumnus, Jackie O. After spending the previous four years in social isolation in the suburbs, I was eager to land on the popular side of the classroom, ruled over by Ivanka and about five other wild, entitled, precocious preteens."

Ohrstrom goes on to say that "Ivanka and I really bonded the July before our freshman year of high school when a group of Chapin girls went to Paris for a language program in what would be the first of many trips she and I took together." Yet in adulthood, the journalist explains, "The gulf between us became increasingly apparent." Ohrstrom spent time in Lebanon, and Trump expressed anti-Islam views.

"My pro-Palestinian stance began to chafe," Ohrstrom writes. "Since 2007, I've worn a necklace with my name written in Arabic, and Ivanka grew increasingly irritated by it. Sometimes, she would randomly say, 'I hate that thing.'"

Ohrstrom adds, "Then one night in the middle of dinner, she glanced at the necklace and said, 'How does your Jewish boyfriend feel when you are having sex and that necklace hits him (in) the face? How can you wear that thing? It just screams terrorist.'"

Ohrstrom also remembers when, during a conversation about the exorbitant rents in Manhattan, Trump said something along the lines of, "I can't talk about this stuff with you anymore because you've really turned into a Marxist."

The journalist makes it clear how vehemently she disagrees with the politics of President Donald Trump's administration, noting that she voted for President-elect Joe Biden. And Ohrstrom wraps up her Vanity Fair article with some thoughts on what Ivanka Trump's future might be like after her father leaves office.

"The damage the Trump family has done is unforgivable, even if perpetrated by my childhood best friend," Ohrstrom writes. "I expect Ivanka will find a soft landing in Palm Beach, (Florida) . . . where casual white supremacy is de rigueur and most misdeeds are forgiven if you have enough money. It's the perfect spot for her to lie low, shielded from the economic and social consequences of the policies she pursued for the past four years, the backlash against them, and from having to interact with her MAGA following."