A new beginning: We will survive our bad breakup with Donald Trump

What we're feeling now is the end of a relationship with a malignant narcissist. It will get better with time 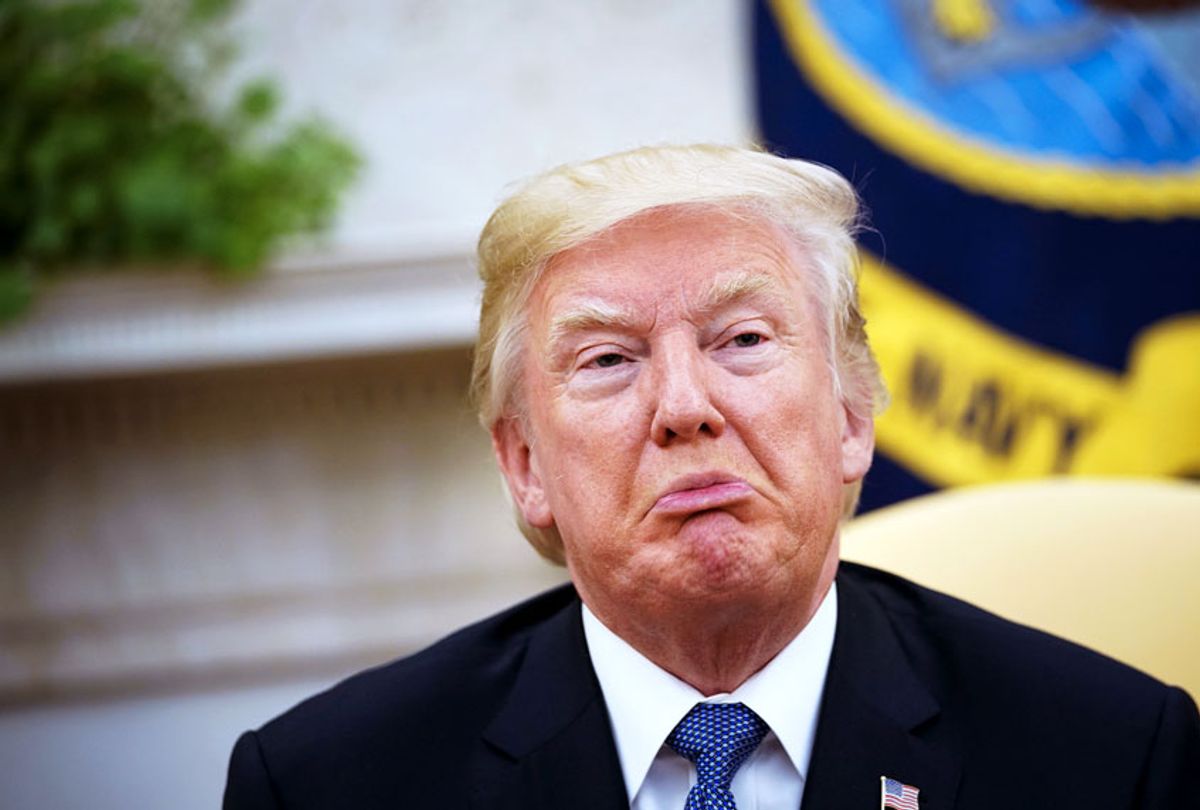 The breakup of a relationship with a malignant narcissist is fraught with danger and uncertainty every step of the way. Such is the case with Donald Trump. Our breakup with him will be on center stage for the next 60 days. It has already proven to be grueling and disruptive and painful. Democracy feels like it is teetering. Republicans are silent and absent. Trump supporters are disappointed and unwilling to severe their cult-like bond with him.

But we will emerge from this bad breakup. We will survive. We will be stronger than before, especially if we take steps to minimize the damage and strengthen our healthy resolve.

As we have predicted, Trump's election defeat has triggered tremendous embarrassment and humiliation for him. He is now throwing a big temper tantrum — what we call narcissistic rage. He is like a screaming, stomping petulant child. His self-image of grandiosity and superiority is melting away. He is desperately afraid that we will all see that the emperor has no clothes.

Trump is refusing to concede the election for fear that he will be perceived as a loser. He is filing frivolous and baseless lawsuits. He is pushing Republicans to manufacture voter fraud in certain states. He is ginning up his base to support his false and fake narratives of victory.

Trump is now refusing to do his job. Yet playing golf on the weekends at taxpayers' expense is acceptable because he can cheat and win. He cannot work because he is totally consumed with figuring out a way to hang onto power at any cost. He is a desperate and pathetic man. His loud bravado belies his personal and political weakness. He does not mind that his corruption and lack of moral compass are on full display.

President-elect Joe Biden's transition team has been stopped cold in its tracks by a government employee who is showing fierce loyalty to the president. Trump is not allowing Biden to have access to intelligence briefings and coronavirus data. Trump is a bully who is acting as if the federal government were his own personal playground. He has no understanding that he is a public servant who holds office at the will of the people. And the people have spoken loud and clear at the ballot box.

Worse than defiance and obstructionism is Trump's scorched earth mentality. Consistent with being a malignant narcissist, Trump believes that everyone and everything should go down with him. He will seek revenge and destroy people if he can. He will undermine democratic norms and institutions. He wants to make sure that the Biden administration starts out with a mountain of ashes rather than a unified and hearty country. He is ignoring the spike in COVID cases across the country and he does not care that 252,000 American souls (and counting) have perished under his direction.

What we are seeing now is Trump's psychopathology gone amok. He is not capable of reigning in the dysfunctional and destructive parts of his personality. His self-control is nil. The pressures and stress of losing this election have overwhelmed his psyche. He is agitated and hostile and flailing. His breakup with America is going poorly because he is an unhealthy man. This is not politics or love of country — this is one man's psychopathology creating turmoil and havoc for millions of us.

But we will survive this breakup. Trump has lost the election and he will be removed from office at noon on Jan. 20, 2021. His official voice will be retired. He will lose his bully pulpit. His pep rallies of misinformation and lies will come to a halt. Trump will slither away behind the scenes so that he does not have to show the face of defeat to the world. Fortunately, our Constitution provides the guardrail for ridding us of this failed and defeated leader.

The best way to survive this breakup is to invest energy and hope in our new president, Joe Biden. Biden is the father figure we need to confront the existential challenges we face. He is experienced and committed and wise. He has been a true public servant for over 40 years. He will address and fix the pandemic, the economic recession and the recent undermining of democratic institutions. Biden has the temperament, empathy, gravitas and skill to navigate this complicated and anxiety-producing time.

Biden will be the anti-Trump in many important ways for the mental health of our country. There will not be an "alternative universe" of false narratives and self-aggrandizement. There will be a return to an emphasis on science and the truth. The Biden administration will be a corrective emotional experience for those of us who have been traumatized by Trump's reign of terror for the past four years.

Many Americans will get closure from this breakup. For some, it will be the image of Trump walking out of the White House for the last time, or Biden placing his hand on the Bible at the inauguration. For others, it may take the legal, financial and social fallout that will come to Trump once he emerges from the protective bubble of the Oval Office.

Our successful breakup with Trump must be promoted by the media. Trump's Twitter account should be suspended because of his corrosive and toxic propaganda. Media coverage of him must be curtailed. Fox News should dissociate from him. OAN and Newsmax ought to do the same. Trump's attempts to establish a media presence must be thwarted.

Donald Trump's oxygen is attention from the public — he cannot maintain an influence in America without it. For our safety and well-being and sanity, we need Trump to vanish from our public consciousness. But he will not disappear voluntarily — we must force him out with clear intentions and firm boundaries.

Once Trump is removed, the tone and tenor of our country will change. We will adopt the mantra of unity, inclusiveness and honesty going forward. Racism, xenophobia, sexism and terrorism will be rejected without exception on a national level. It will be our new normal.

Trump's supporters and sycophants have had a tight emotional and irrational bond with him, largely because of the phenomenon of collective narcissism. Their connection will be broken once Trump is removed from power. Their gradual deprogramming from their cult leader will take time. A return to political discourse with negotiation and compromise will eventually occur.

Trump supporters are not the enemy. Their grievances and concerns merit attention. They want to be heard and valued. They want to count. Their sociocultural and economic issues must be addressed. Biden has already announced that he wants to be the president for all Americans.

A bad breakup with Donald Trump was inevitable. Relationships with malignant narcissists always end badly with great angst. This is no exception.

We will survive this breakup. What now feels so confusing and frightening will soon lead to sunshine and a new beginning.

Anthony Scaramucci is a financier and past White House director of communications. He lives in Washington.