With "Belushi," R.J. Cutler finds the soul behind the comedy legend's chaos 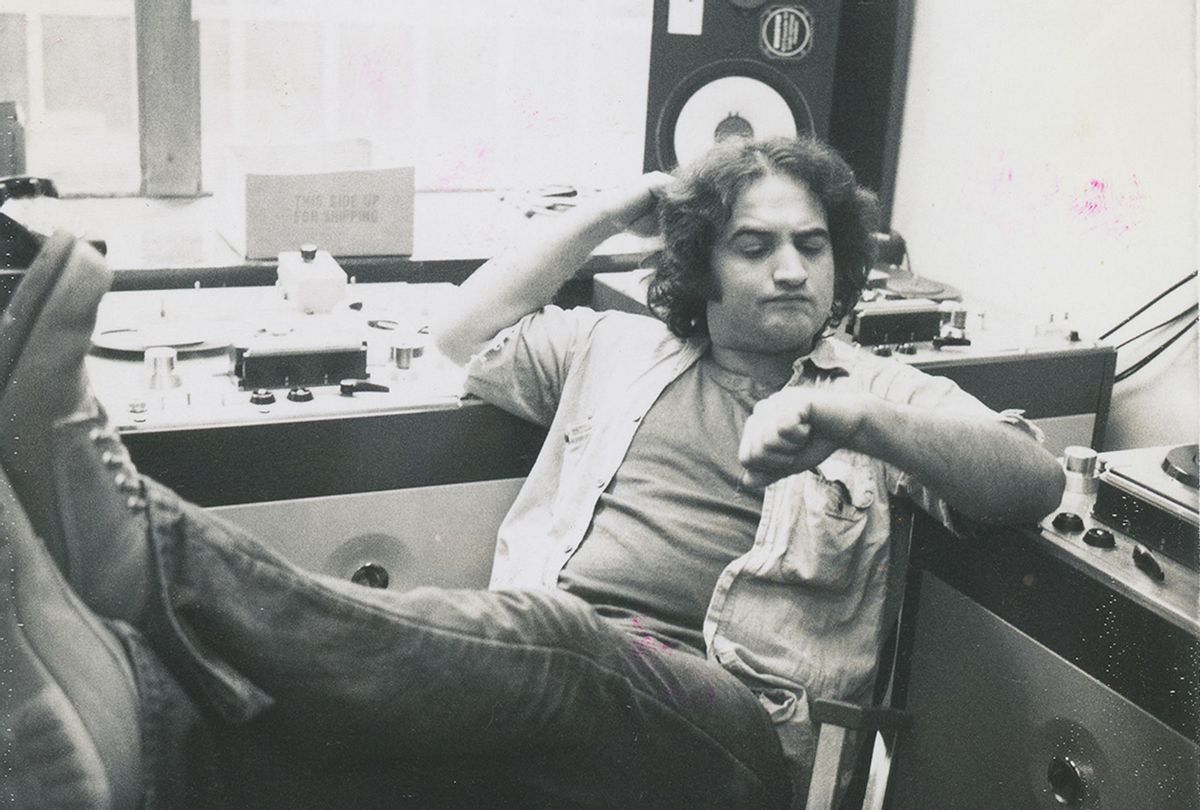 A solid documentary illuminates its subject. A brilliant documentary like "Belushi" transforms how the viewer feels about something regardless of how much we already know. Much has been left unexamined about "Saturday Night Live" star John Belushi on purpose. In life he held journalists at arm's length, preferring to let his audience draw their own conclusions based on his work.

As R.J. Cutler's piece opens we see the Belushi at his height in 1978, the cool Blues Brother who at one point was starring in a box office smash, was the central draw of "Saturday Night Live" in its heyday and charted a Billboard hit. The late Harold Ramis says he contemplated this as Belushi performed live with a band before an audience of thousands.

"My first thought was, how great for him," Ramis says in an audio recording. "My second thought was, knowing his appetites, I don't think he'll survive this."

Ramis' premonitory notion is a fairly succinct summary of what most people remember about the performer – that he was aggressively funny, a ball of jokester chaos with musical chops that augmented his comedic identity. And he died of a drug overdose in 1982 from injecting a combination of heroin and cocaine.

Cutler chooses to lead with the performer's drive, artistry and devotion, easy enough to do given the wealth of material he has to work with. "Belushi" leads with the star's humanity and frailty, letting the people who knew him best color in his life's story through their experiences of living and working with him. Not all of it is honeyed memories; think of it instead as a bacchanalia where his revelry is celebrated but his self-destructive mania cannot be ignored.

Long before the hour and 48 minute film starts to travel Belushi's decline, Cutler elevates the drive that made him come alive onstage in a way that a friend characterized as "a giant humanity that hooked into the collective consciousness of people's funny bone."

"Belushi" is a story told from multiple perspectives from the many friends and family members who sat with his wife Judith Belushi Pisano for interviews she conducted after the publication of a book authored by Bob Woodward that she considered sensationalist. It took decades for her to trust anyone with those recordings, but eventually she brought them to Tanner Colby to use as part of a planned oral history.

Colby conducted additional interviews with Lorne Michaels, Carrie Fisher, Robin Williams, Dan Aykroyd (of course), and others, and part of the treasure "Belushi" offers is the opportunity to hear the perspectives of actors like Ramis, Fisher and Williams – greats who are no longer living – being candid on a great whom they outlived.

In combining their testimonials with stylish animated scenes by Robert Valley and readings of letters Belushi wrote to Judy during their courtship and through their marriage, Cutler conjures a vision that evokes the performer's vast creativity along with his self-doubt, impossible expectations for himself and inner torment. He was loving to his friends, but he could also be ruthless when he felt it served him. Above all, the documentary concludes that he broke himself on his own ego and insecurity.

In a confessional letter to Judy Belushi describes himself as "a basically happy person prone to occasionally melancholy despair." If "Belushi" leaps, wails and sings that's because Cutler found a way to expand that confession into a cinematic directive that makes the audience understand the man's voracious appetite. His fatal flaw was that he could never be completely satisfied. Fortunately anyone watching this documentary is bound to be precisely that.