How viruses use bats' bodies as an evolutionary training ground 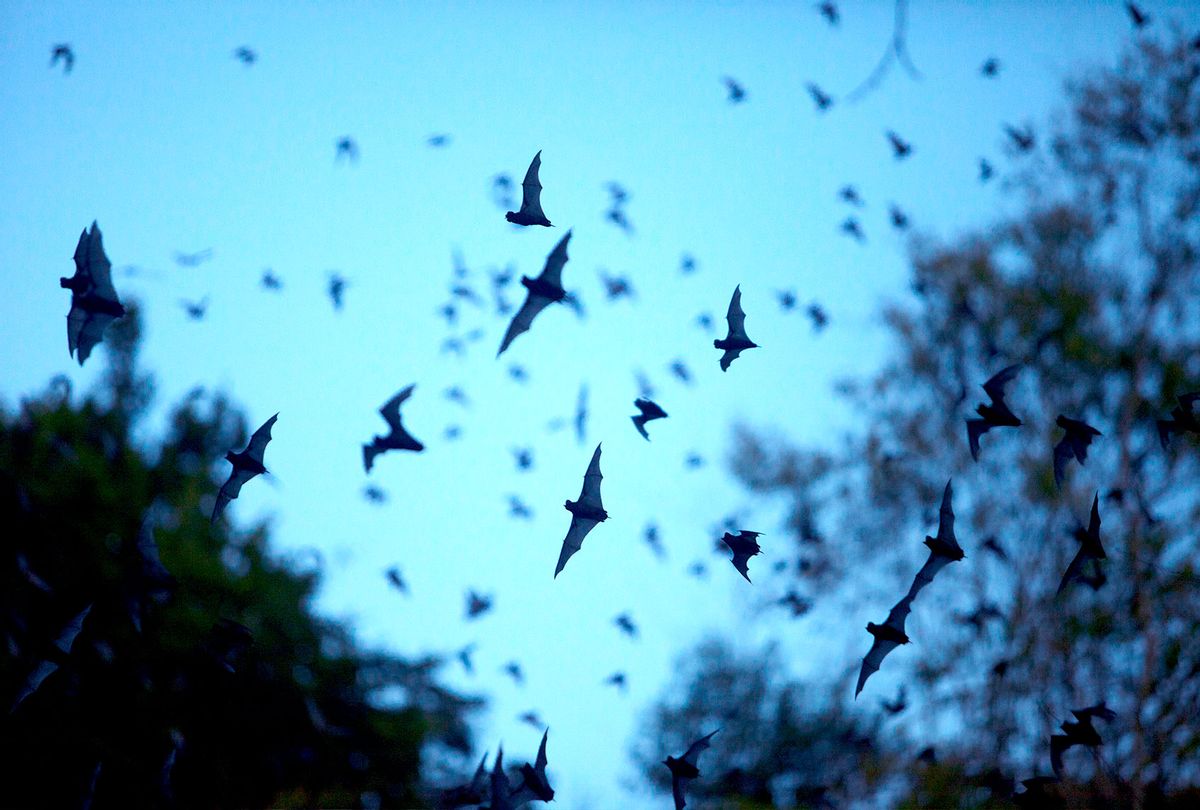 Imagine that you are a Shamel's horseshoe bat (Rhinolophus shameli). With a complex nose shaped like a horseshoe, you use echolocation to find insects that you can eat, since as an invertivore your diet depends on consuming invertebrates. You live in southeast Asian countries like Thailand, Laos, Cambodia and Vietnam. Not that you have a concept of the nation-state, as a bat; rather, your range is defined by tropical forests, and that is how you think of geography. Indeed, you do not think far beyond these tropical forests; how could anything outside of their range concern you?

It certainly would surprise you to learn that a mostly hairless primate species are suddenly tremendously interested in you, stricken, as millions of them are, with a deadly virus that may have become more lethal by and through your being. Some of these upright-walking primates even think that your anatomy contains clues as to how this disease moved through their population.

Indeed, because of their unique immune system, there has been a sudden flurry of interest in Shamel's horseshoe bats, a species few humans know about. As reported in Nature, researchers told the scholarly journal that two Shamel's horseshoe bats, which had been stored in a freezer in Cambodia since 2010, contained in their bodies a coronavirus closely related to SARS-CoV-2, the virus responsible for the disease COVID-19. If that coronavirus is found to share more than 97% of its genome with SARS-CoV-2, it could help explain how a pandemic that originated in bats was able to be passed along to humans, according to virologists at the Pasteur Institute in Phnom Penh, Cambodia.

Around the same time, researchers in Japan claimed that they found a virus called Rc-o319, which has also been found in bat droppings, inside a Japanese horseshoe bat (Rhinolophus cornutus). Because Rc-o319 only shares 81% of its genome with SARS-CoV-2, it will not be able to directly help scientists learn more about the pandemic's origins. Still, that discovery still confirms viruses closely related to SARS-CoV-2 are relatively common in horseshoe bats, including species outside of China.

The next question, then, is why are bats so prone to getting coronaviruses?

The answer is that it's not just various breeds of coronaviruses that bats are ridden with — it's all viruses. Science Daily reported in February that deadly disease outbreaks like MERS, Ebola, Marburg and the original SARS originated in bats. A study from the University of California, Berkeley published in the journal eLife found that some bat species have unusually aggressive immune systems that respond to viruses in a way that causes them to replicate more quickly.

While the bats' bodies are able to keep the viruses out of their cells, however, the viruses adapt and reproduce more quickly in order to try to get around their defenses. Those viruses then take those same traits and apply them when infecting animals that do not have the same unusually aggressive immune system — such as human beings.

"The bottom line is that bats are potentially special when it comes to hosting viruses," Mike Boots, a disease ecologist and UC Berkeley professor of integrative biology, told Science Daily. "It is not random that a lot of these viruses are coming from bats. Bats are not even that closely related to us, so we would not expect them to host many human viruses. But this work demonstrates how bat immune systems could drive the virulence that overcomes this."

Another study seemed to reinforce this conclusion. As Infectious Disease Special Edition reported in May, a research team at the University of Saskatchewan found that cells from a brown bat could be persistently infected with MERS (or Middle Eastern Respiratory Syndrome, which is also caused by a coronavirus) because of adaptations made by both the bats' cells and the virus. To adapt to changes made by the bats' cells to protect itself, the MERS virus will quickly mutate one specific gene so that it can continue to survive inside the bat.

In other words, while bats do not seem to suffer greatly from the same diseases they pass on to people, the very traits that allow them to endure those illnesses make those viruses particularly dangerous when they reach the human population.

Still, if you're a poor bat flitting through the dry tropical forests of southeast Asia, don't fret. Killing bats is not key to stopping future pandemics.

"Culling bats will not end the COVID-19 pandemic or any future emerging infectious disease outbreaks, in fact this may well increase the dangers since stressed animals may become more disease prone," writes the Bat Conservation Trust. "It is human activity that led to the current pandemic and it will be changing human behavior in relation to wildlife that may prevent future pandemics. To prevent future outbreaks we need to stop uncontrolled habitat destruction and control the trade in wild animals."

The group notes that bats and humans have coexisted, and even become accustomed to each other. "There are over 1,400 bat species around the world . . .  Many have adapted to living alongside us in both urban and rural environments, in our gardens, parks and even roosting around our homes, without posing a threat to their human neighbors."