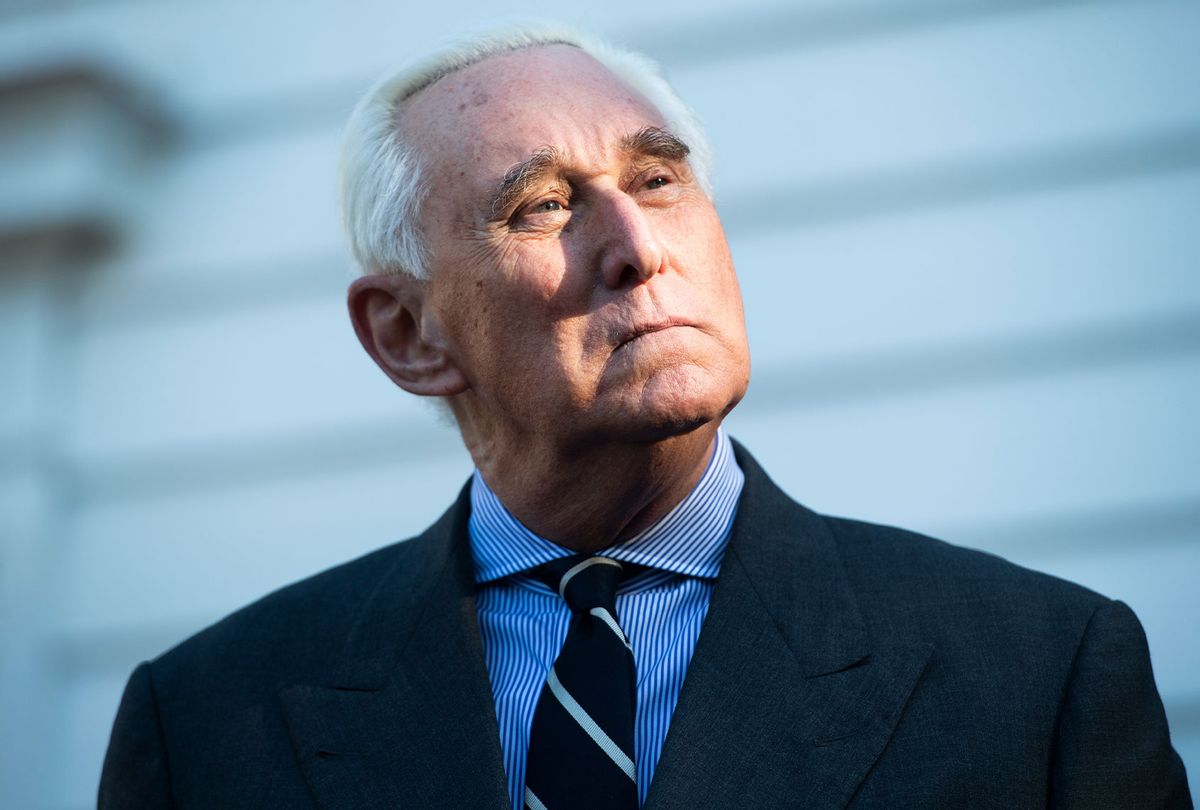 A super PAC linked to longtime Trump adviser Roger Stone is calling for Republicans to write-in the president's name in the upcoming Senate runoff elections in Georgia as retaliation after his re-election bid failed in the once red state.

The Committee for American Sovereignty, a group tied to Stone which raised millions pushing disinformation during the 2016 election, launched a new website urging Republican voters to "crush" the "plot to destroy America" by "writing in Trump for the Georgia Senate runoffs."

"With enough write-ins in the Georgia senate race, we can tilt the balance in Georgia in Trump's favor!" the site says. "If we can do this, we have a real chance at getting these RINO senators to act on the illegitimate and corrupt election presided over by a Democrat party that is invested in the Communist takeover of Our Great Nation."

The website was first covered by The Daily Beast. Trump supporters on Parler, the far-right version of Twitter, have also pushed a similar plan to boycott the pivotal runoffs or write in Trump's name.

"Though their effort remains on the party's fringes, the trajectory of the movement has Republicans fearful that it could cost the GOP control of the Senate," the outlet reported.

Since the election is a run-off, there is no write-in option to ensure that one candidate gets at least 50% of the vote.

Raffensperger, meanwhile, has gone on a scorched-earth campaign to refute the false statements made by Trump and other Republican officials about the election. He went on a social media tear to debunk many of the unfounded conspiracy theories pushed by Trump; urged Loeffler and Perdue to focus on winning their own races; criticized Rep. Doug Collins, who is leading Trump's recount effort in the state, as a "failed candidate" and a "liar;" and accused Senate Judiciary Chairman Lindsey Graham, R-S.C. of trying to interfere in the state's election with a pressure campaign to throw out legal ballots.

"We told the [Trump] campaign if they find instances of voter fraud, we will check it out. We have not seen widespread, systemic voter fraud that would overturn the results of the people," Raffensperger told Fox News on Monday, predicting that the second recount requested by Trump would yield the same result as the first one.

The Committee for American Sovereignty was set up in 2016 for operatives like Stone and Blackwater founder Erik Prince to "attempt to suppress the Black vote by amplifying claims that Bill Clinton had an illegitimate biracial son," but the group had since gone mostly quiet, according to The Beast.

It appears to have restarted activities after attorney Sidney Powell pushed a bizarre conspiracy theory accusing Kemp of being involved in a "communist" plot involving Dominion voting machines, which are used across the country, of switching votes from Trump to President-elect Joe Biden.

"Mr. Kemp and the secretary of state need to go with it, because they're in on the Dominion scam with their last-minute purchase or reward of a contract to Dominion of $100 million," Powell said in an Saturday interview with Newsmax.

Her comments prompted Trump attorney Rudy Giuliani, who appeared alongside Powell at a news conference days earlier, to release a statement claiming that "she is not a member of the Trump Legal Team."

Lin Wood, another pro-Trump lawyer who filed a lawsuit seeking to block the state from certifying its election, said on Saturday that he would not vote in the runoff unless Loeffler and Perdue "take action" and demand a special session of the legislature.

"Threaten to withhold your votes & money," he said on Twitter. "Demand that they represent you."

The calls have sparked alarm among Republicans — and even Team Trump.

"That is NONSENSE," Donald Trump Jr. tweeted in response to calls to boycott the runoffs. "IGNORE those people. We need ALL of our people coming out to vote for Kelly & David."

But Republicans in Georgia are worried that Trump's legal antics have already damaged the party's hopes of winning control of the Senate.

"Many Republicans are at a point now where they don't trust the outcome of the system, which is never a good thing," Gabriel Sterling, the state's voting system manager, told Yahoo News. ". . . We've crossed a tipping point where . . . there may be some Republicans who don't trust the outcomes of the system at all, and say, 'Why bother to vote?' Which of course makes zero sense, because if you don't vote at all, it will increase the likelihood of the person who you don't want to win it."

"Is it going to suppress the vote to a certain degree?" he added. "Absolutely."

Raffensperger said Trump had already cost himself the state by "suppressing" GOP votes, noting that 24,000 Republicans who voted in the primaries by mail did not vote at all in the general election.

"Those 24,000 people did not vote in the fall, either. They did not vote absentee, because they were told by the president, 'Don't vote absentee. It's not secure,'" he said last week. "But then they did not come out and vote in person. He would have won by 10,000 votes. He actually . . . suppressed his own voting base."