Thanksgiving and "The Wire": My true Baltimore story about the streets, writing and TV

The year "The Wire" ended, I had never seen it, even though it reflected my own life in Baltimore at the time 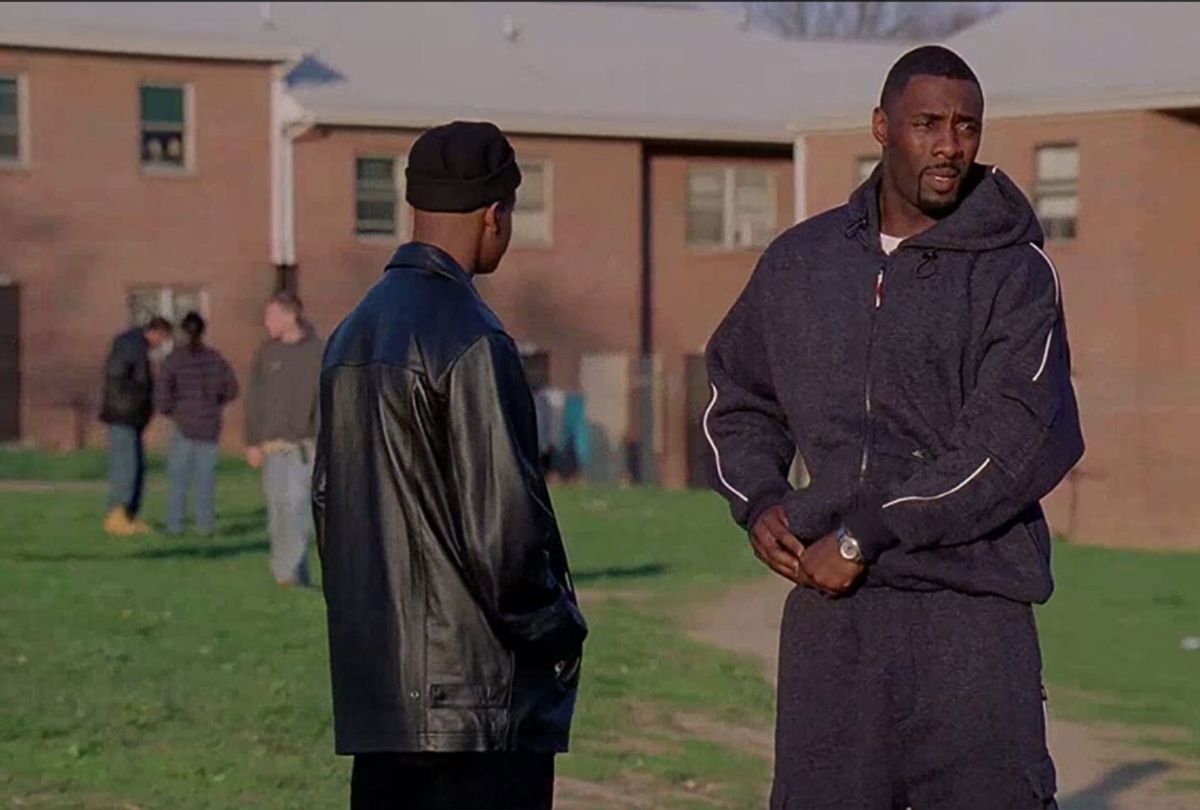 I can't separate the 2020 moment that I'm most grateful for from my love for the legendary HBO series "The Wire," a show that ended in 2008.

Let's go back to that year, to the day I saw a woman named Ronnie get slapped across the face by a man named Kelly, a boney, light-brown crack dealer with zigzag cornrows. "Ronnie burned me tew many times!" Kelly claimed to us bystanders, trying to justify his violence.

(Being burned or burnt could mean a number things in the streets: being set on fire, literally; being shot, like, "Jay got burned up!"; contracting an STD, like, "she burnt me"; or someone stealing your drugs. "I gave him a pack to sell and he ran off, can you believe he burnt me?")

Their relationship was personal and professional: Kelly was having sex with Ronnie, and sometimes she was his corner man. Nowadays the progressive approach would be to specify corner woman or use the inclusive corner person, but back in 2008, if you worked the corner for the person running the block, you were their corner man, regardless of your gender.

After Kelly hit her, Ronnie hit the cement. Roy and Lil Jesse and I leaped off the porch and steps as a collective, landing blows and elbows and boots and spit and pain on Kelly's face and back. We weren't really doing it to protect Ronnie. Lil Jesse just didn't like Kelly, and had been talking about beating him for months. Roy did whatever Lil Jesse did, so there's that. I never liked men hitting women, so I snapped and, not for the last time, inserted myself into a domestic that had nothing to do with me.

"You see how I did his face?" Lil Jesse laughed at Kelly. "Yo, look like that ugly-ass junkie off 'The Wire.'"

Not that day, and not that month, probably not even that year, but eventually I caught an episode of "The Wire" — the one where Avon Barksdale lost his mind because his Westside basketball team lost to some Eastside dudes. "The Wire" wrapped its final season that year. How could I have missed it? The characters played on a court where I played sometimes, they moved through blocks I lived near or moved through. My childhood friend Andre Poole AKA Silk, Baltimore's version of Half Man Half Amazing, was the star of the basketball episode. How'd we make it all the way to HBO and I totally missed it?

I went to a record shop called Sound Garden and bought the first couple of seasons, and for the first time I binge-watched a show. That first DVD went in and I didn't stop until I was done.

Two years later, I had become that guy: "Yo, you never watched 'The Wire'? Are you crazy?" An unofficial ambassador for David Simon's and Ed Burns' brand. And I didn't even think critically about the writing or the craft of the show; I just loved the hell out of it, from the gritty rawness of season 1 to season 2 — which brilliantly broke down the ports even though my friends wanted the focus back on the streets — to season 3, which was my favorite until season 4 which tied in the horrors of our school system. And then season 5 that perfectly merged everything together. Season 5 was a bittersweet watch, because the storytelling had me locked, but there was no season 6. It was the end of a beautiful era.

In 2014, I published an essay here at Salon about how so many people in Baltimore were too poor for pop culture. It went viral, gaining me thousands of followers and a platform to share my writing. Almost instantly I became a who's who to read in Baltimore. And into my inbox, in a sea of opportunity offers and praise and hate-mail, came an email from David Simon. "Great work!" he told me.

I wasn't the same kid from 2010 then, just a fan who loved the show. By this point, I had consumed all of Simon's work, combed through his Baltimore Sun articles, and read his book "The Corner" twice. Getting a stamp from him meant the world to me. In Baltimore, it felt like a rite of passage: the legend reaching out to the rookie.

"If you ever need a writer! I'm free!" I responded.

Years later, I'm a (New York Times bestselling) author of three books. And one day while I'm teaching a class at the University of Baltimore, I get a call from an unfamiliar number. During the break, I check my voicemail. It was David Simon. I hit him back and he told me that he was working on a new project and was considering me to join the writers room. And this year, we made it official.

Like many of us, this has been one of the craziest years of my life: a year of loss, of new beginnings, and of uncertainty. But it was also the year David Simon gave me my first TV writing assignment. Now it's my job to deliver a full script for a writer I've been a fan of and have been looking up to since before I became a writer. My real life in my community intersected with "The Wire" long before I met the man responsible for making it, and writing about my life and community had now brought me onto his team. And in the midst of an otherwise volatile time, 2020 is the year it all came full circle.