This year, we conquered breakfast: What spending mornings at home in the pandemic taught us 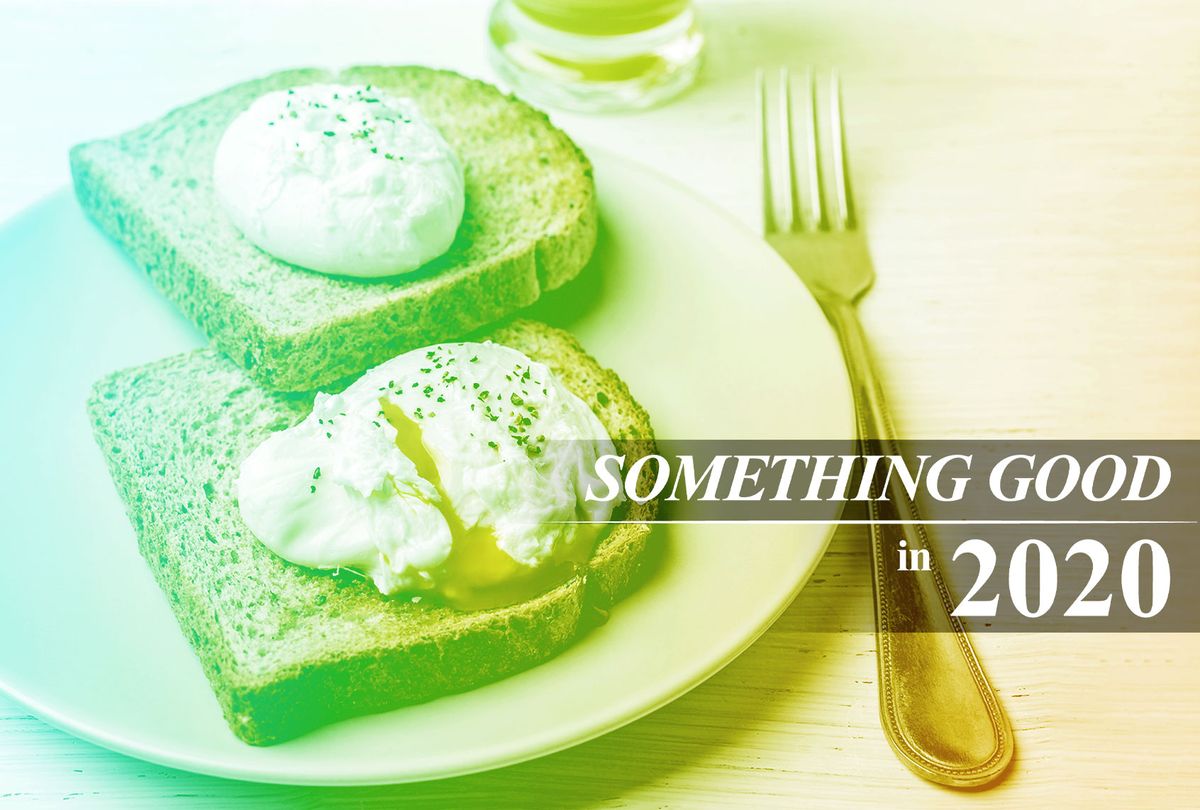 For the past seven months, since social distancing began, I have eaten an everything bagel with a fried egg on top for breakfast, almost exclusively. And while it may seem like a fairly intuitive recipe, especially in comparison to some of the other recipes you can find available in Salon's food vertical, there are layers and layers of nuance that only come after spending seven months of making the same thing every morning. Or afternoon. Or whenever you find yourself getting around to breakfast these days.

I'll admit, I'm fairly new to the breakfast scene. For the past four years of my life I've either skipped it or grabbed a granola bar and called it good. But with the newfound time I acquired going into lock down, I realized I could dedicate some real effort into breakfast. So I did.

And boy did I learn a thing or two about eggs and bagels.

So, let's talk ingredients. When it comes to making an everything bagel with a fried egg on top, you need to have the foundations steady.

The search for a good everything bagel in a city like New York can probably be resolved fairly quickly, so long as you avoid the sticky debate of which everything bagel is "the best." In a city like St. Louis, however, the search can be a bit more challenging. The first few months I made the mistake of assuming the bagel's sole function was just to be a vessel for eggs. The actual quality of the thing itself didn't matter so much, as long as eggs could be balanced easily on top. I deluded myself into thinking that the cheapest bagels at the grocery store were fine — plain ones, even — and even stooped to regular bread. But soon, I would have a change of heart. Soon, I would stumble upon The Bagel Factory.

The Bagel Factory (which, as far as I can tell, has no website) mimics the environment in which an everything bagel should be found naturally. They only accept cash, ensure brusque conversation, and tout the ultimate bagel brag — made with New York City water.

When it comes to the eggs, I have found there's a bit more leeway in the purchase. That said, I like to select the brands that announce the protein content in a pretty large font on the carton, just to remind myself that, aside from being delicious, the meal has some serious nutritional value.

Now that you have the raw materials, it's time to get cooking. Good news is there are really only two steps. Bad news is they are oh-so-fickle.

I start by taking out a nonstick pan, putting it on the stove, and getting the heat up to just past halfway on the knob (there aren't any numbers on my stove knobs, but give the just-past-halfway thing a try and if it doesn't work out, let me know). This is just to warm up the pan a little. Then, I cut the bagel in two and put it into the toaster oven. It usually stays in there on the bagel setting for about four minutes, which gives me plenty of time to wrestle with the eggs. I put a very light amount of olive oil on the pan, stir it around, and crack the two eggs right in.

Now it's a waiting game.

This is the time I usually like to reflect on the many failures that have led up to this point. I see the ghosts of eggshells past swimming in a yolky infinity. I recall the numerous drowned bagels, soaked in undercooked egg. I relive the horror of the realization that a disfigured fried egg must be scrambled. I think back to the simple time in life when breakfast was just a whisper and nothing more.

Then the toaster oven dings.

When everything's done, plate it. Be careful not to burn your fingers when reaching in the toaster oven for the bagels or when your eggs don't slide off the spatula right away. That'll get you.

Then, salt. Maybe add some Sriracha or hot sauce to it as I've been doing the past couple months.

Finally, enjoy a perfect breakfast in this far from perfect year. — Justin Pelofsky

"Breakfast foods, except for cereals that contain inordinate amounts of sugar," the narrator of the neurotic novel "The Verificationist" says, "have, in my experience, a comforting, antidepressant quality." I'd have to agree. During quarantine, breakfast regained its proper place in my life as a kind of everyday therapy. I found myself savoring eggs and toast with a relish I'd been missing for years. What else was there? After waking up and staring down another indistinct day of singular dread, I'd remember that breakfast still somehow existed, despite everything. The smell of coffee — ah, I can smell — could make me cry those mornings; I couldn't remember what I'd done two days before, but I could remember what it had felt like to eat breakfast, what I'd been thinking about as I dug in. Walking the five steps to the kitchen and cooking replaced my morning commute, and breakfast became a regular but busy daily event, one that helped account for the stasis of life in lockdown.

This is how poached eggs took on great import in my 2020, something I'm grateful for today. I used to scramble my eggs, but during quarantine I grew unnerved by the deformed yellow mass that I'd be left with: too much disorder. Poaching eggs offered the opposite experience: By swirling boiling water the white chaos cohered. I enjoyed this alchemy — it felt defiant of the disarray around me — but like everyone else I grew sluggish at some point in April. Then I turned to a poacher.

The poacher made me, in my humble estimation, the egg master of my two-person household. I am an expert at cooking the kind of breakfast that required neither skill nor care, and with the poacher there was nothing to muck up — you just drop the egg into the cup and wait. But I was proud nonetheless: I'd tell my girlfriend that my internal clock was clearly set to poached-egg, subtly notifying me at the precise moment when those yolks were properly gooey. It was one thing that worked right. Outside, ambulances raced by carrying people who shouldn't have been infected, their sirens trilling in a bleak and seemingly constant display of the Doppler effect. But we had our eggs.

When I showed up at my girlfriend's apartment at the start of quarantine, she opened the door holding a bottle of champagne, eager to toast to the forced acceleration of our relationship. We drank the champagne that night, but soon after breakfast became our time for celebration, a daily salute to survival. Well-poached eggs were good omens those mornings. We usually put them in tortillas with hot sauce and avocado; other times we ate them just with pepper, their yolks winking as we cut in with forks. A few months later, when the pandemic seemed to be abating in New York and I moved back to my apartment, my girlfriend sent me off with my own poacher: a gift for the egg master. — Alex Wittenberg