Verzuz battles brought us together to bond over live music again

The pandemic took live music away from us. Verzuz gave it back and brought us closer to the musicians we love 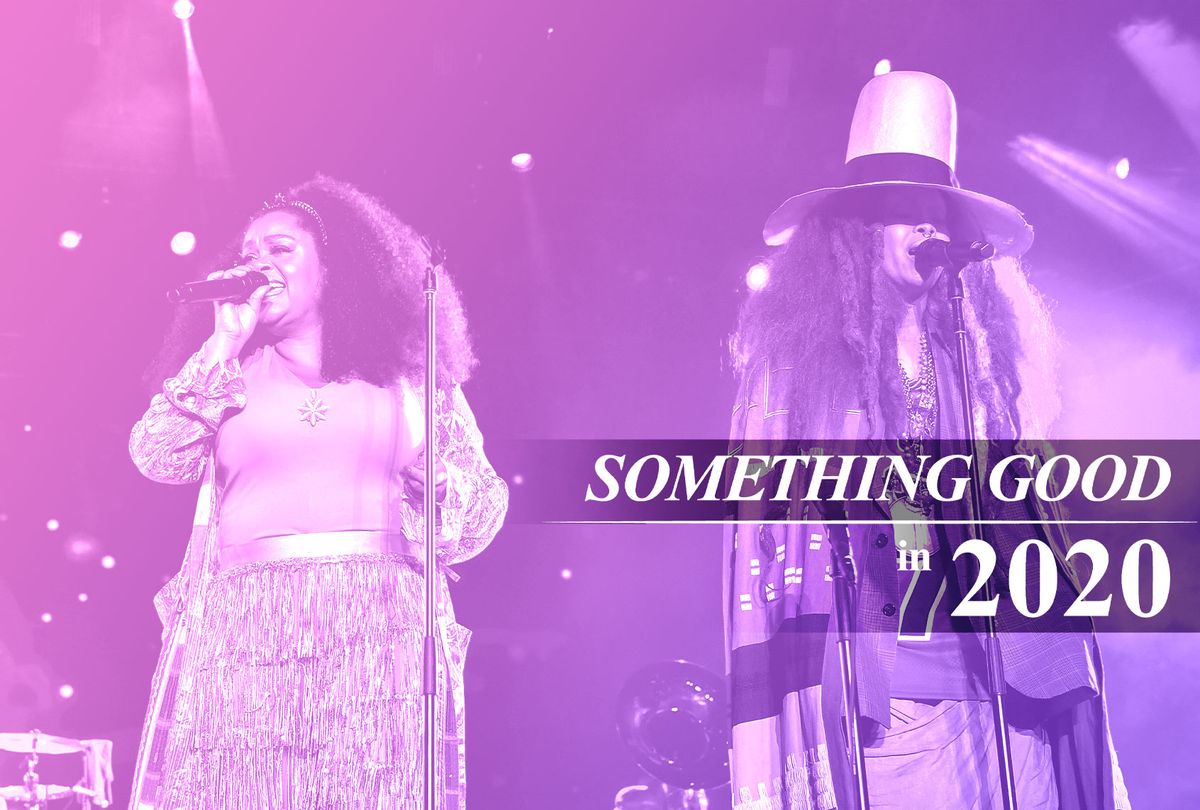 Early May is when the world first starting to press in on me. It became clear that this pandemic wasn't ending any time soon. I'd seen too many people flouting mask mandates, heard too many yard parties packed with loud people getting drunk, counted out the months since I'd last stood face to face with people I loved and realized I wouldn't see them in person any time soon.

And right when it felt like it might become too much to bear, Verzuz announced its 10th "battle": Erykah Badu vs. Jill Scott.

Verzuz was born in the pandemic, and as millions of people have discovered, it was also made for it. Created by producers Timbaland and Swizz Beats back in March, Verzuz arose as part of a wave of musicians and DJs using streaming video and audio to reach fans in lieu of touring and stage performances. Where Verzuz found its groove was in its battle format, offering music legends and superstars going head to head on Instagram live as they showcase their best cuts.

Following the Verzuz founders' face-off came matches between the likes of Ne-Yo and Johnta Austin, T-Pain and Lil Jon, and RZA vs. DJ Premier. A Verzuz between Teddy Riley and Babyface became famous for its technical difficulties and coined the term "the Teddy Riley echo." Instead of being uncomfortable it came across and funny and good-natured, with both R&B V.I.P.s handling the glitches in stride.

But the Badu/Scott Verzuz was next level — a Saturday night affair that shaped up to be a celebration as opposed to a confrontation, which is precisely what a besieged audience needed in the springtime.

As each singer played their favorite from their own extensive catalogs, the other rhapsodized over what her work means to them. Both shared the histories and inspirations behind their songs, praising the artistic communities that raised them. The affection they shared for each other was genuinely moving and powerfully healing.

More than this, they also recognized their unique position among artists struggling to make it through 2020. "Shout out to all the musicians — everybody who's not working right now, everybody who's looking around in circles like, what are we gonna do?" Scott said. "All we can do is create. Keep creating, keep creating. This time is sure to pass, and we have something that is beautiful and the world needs. So … hold tight. Breathe easy."

Their battle was one of 21 that have taken place in Instagram since Verzuz launched, and it proved that not every one of these events needs to be a contest or a confrontation. Instead they showed the potential for Verzuz events to serve as a space for communities prevented by a virus from coming together to find solace in each other to gather and share. Their Verzuz was an equalizing force, too. Among the 700,000 people who tuned in over its three hours were Michelle Obama, Janelle Monae and a firmament of actors and musicians. "I have no conception of time," Badu joked once she and Scott realized they'd been going for two hours with no sign of slowing down. "I don't know what that means."

Benevolent and more polished Verzuz battles like theirs followed afterward, including ones featuring Alicia Keys with John Legend, gospel legends Kirk Franklin and Fred Hammond and an iconic Sunday evening meeting between Gladys Knight and Patti LaBelle, where Dionne Warwick dropped in as a surprise guest at the end. (Both Obama and Oprah tuned in to that one.)

Don't get it twisted; some of the battle battles have been splendid. The Brandy vs. Monica Verzuz capitalized on the alleged (and palpable) feud between the two performers and attracted around 1.2 million viewers eager to see what would happen. Even last week's pointed conflagration between Jeezy and Gucci Mane, introduced by Stacey Abrams, gave the 1.7 million Instagram live viewers plenty to talk about. Some TV series would kill for that viewership.

Whether convivial or adversarial, Verzuz has been a gift, reminding us to dance, bounce, shout or experience togetherness virtually, allowing us to collectively exhale in release and release a few hours at a time.