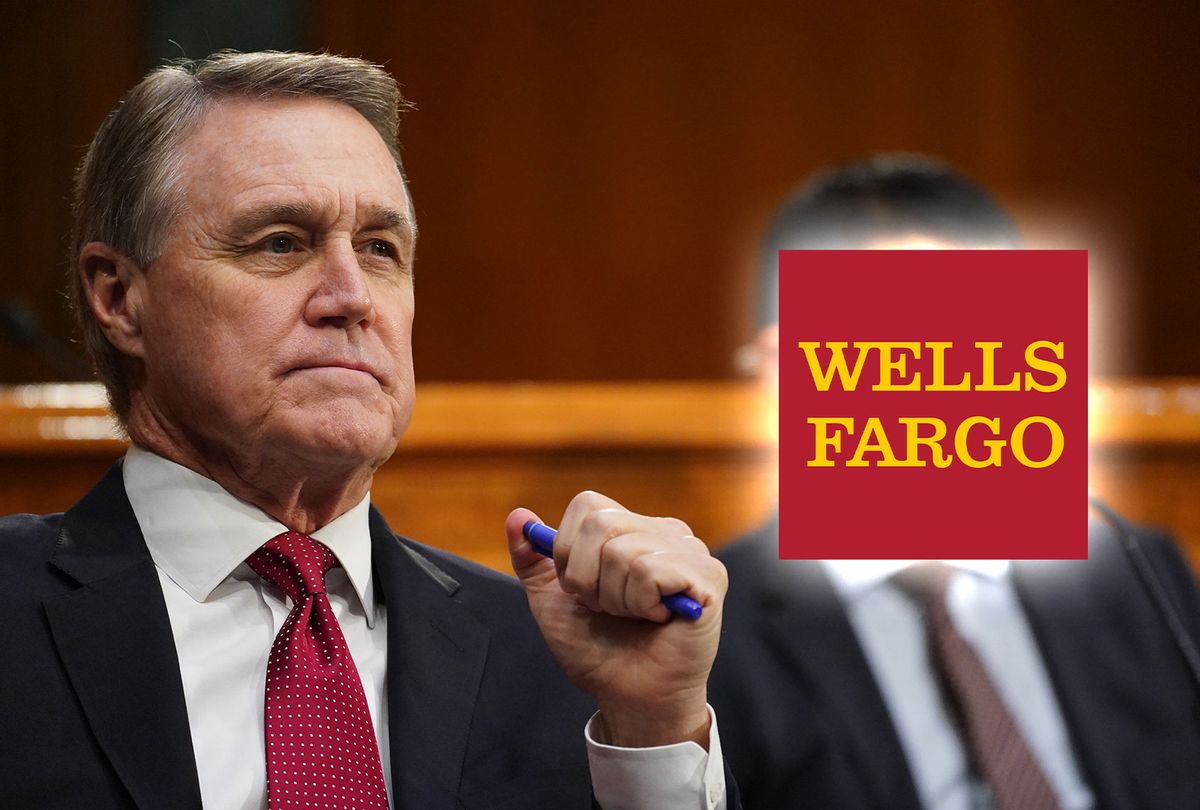 Between 2017 and 2020, while on the committee, Perdue co-sponsored 14 bills that benefited the financial industry, including through deregulation and extended liability protection. In that time he also accepted more than $1 million in political contributions from financial interests, federal filings show.

This spring Perdue, one of the most active traders in Congress, pushed back against allegations of insider trading in advance of the coronavirus, claiming that outside advisers made the calls without his input.

A bombshell New York Times report on Wednesday has made clear that was a lie: This summer, Justice Department investigators found that Perdue had instructed one of his brokers to offload more than $1 million in a company after the CEO tipped off the senator in a personal email.

This news comes as Perdue faces a Jan. 5 runoff against Democratic rival Jon Ossoff, who battered Perdue on the insider-trading allegations throughout the year. The runoff, along with Georgia Republican Sen. Kelly Loeffler's runoff election held on the same day — Loeffler faces the Rev. Raphael Warnock, a Democrat — will determine which party controls the Senate.

The latest stock news also creates a new context for assessing Perdue's personal involvement in prior trades, such as millions of dollars in transactions while he served on the Banking Committee.

Perdue, one of the wealthiest members of Congress, built his fortune in the style of Mitt Romney — "a turnaround specialist who helps revive brands and reap rewards for investors," as the Atlanta Journal-Constitution put it in a review of his business record.

The AJC ruled that his record was "mixed," in part because of a buyout Perdue helped structure as the CEO of Dollar General, which landed him a $42 million windfall when he stepped down in 2008. The next year, the company had to pay that same amount to settle shareholder claims that Perdue and other execs had shortchanged them in the deal.

Perdue, who was elected to the Senate in 2014, has invested millions. A portion of it rests in a Wells Fargo brokerage account and a Georgia holding company called DBP Enterprises, where Perdue has held an ownership stake since 2011.

That DBP stake comprises 130 assets valued anywhere between $12 million and $29 million, according to 2018 Senate financial disclosures. His Wells Fargo account lists 60 assets valued at up to $1.2 million.

Disclosures only provide ranges of value, so we cannot know precisely how much money Perdue has moved in stock trades, or the extent of his profits. But the forms do show that between 2017 and 2020, while he sat on the Banking Committee, Perdue traded at a minimum hundreds of thousands of dollars, possibly millions.

In April of this year, Perdue was swept up in the same insider trading scandal that has also damaged Loeffler, when it was revealed that earlier in the year he had bought and sold shares in several companies that were eventually directly affected by the coronavirus pandemic. The scandal, which included Senate veterans Richard Burr, R-N.C., and Diane Feinstein, D-Calif., shook public confidence, raising concerns that elected officials had abused their access to privileged information in order to capitalize personally on the spread of the disease.

The next month, under scrutiny from the public and government investigators, and with the election on the horizon, Perdue pledged to stop trading individual stocks.

In September he announced that the Department of Justice, the Securities and Exchange Commission and the Senate Ethics Committee had all cleared him of wrongdoing. He marked the occasion with a new campaign ad, which accused Ossoff of lying to voters about Perdue's involvement.

The Times gave the lie to that defense on Wednesday, indicating that Perdue had acted on a personal tip. The report recalls a moment from an October 2017 hearing, where senators on the Banking Committee grilled Wells Fargo CEO Tim Sloan about the account fraud scandal that had wracked the bank the year before.

The scandal earned the bank a $150 million fine from the Consumer Finance Protection Bureau, an agency Perdue had sought to defang earlier that same year with a bill that the American Bankers Association called "an effective check and balance on the Bureau's authority."

Perdue, whose Wells Fargo account at the time held up to $1.2 million, teed Sloan up to defend his company, but Sloan, contrite in the face of multiple bareknuckled government investigations, repeatedly declined the exit ramp. Perdue then let slip a reference to a private conversation, before reluctantly admitting that the decade-long scandal — which resulted in a $3 billion federal fine — was a "serious issue."

"I think you would agree, we in a private conversation — there is no way to sugarcoat this as a serious issue, and I appreciate your handling it the way that you are," Perdue said.

Over the next three years, Perdue continued to throw softballs to big banks. As he was slinging stock, he cosponsored 14 bills that benefited the financial industry, the majority earning the blessing of the ABA. Five of them were lobbied on by financial institutions where Perdue held hundreds of thousands in stock, including Regions Financial, US Bancorp and JP Morgan.

For instance, in 2017, Perdue cosponsored a bill called the Systemic Risk Designation Improvement Act, which was geared to loosen Dodd-Frank regulations on mid-sized banks. The bill never made it out of committee, but Regional Financial and US Bancorp, where Perdue had stashed $300,000, both lobbied heavily on it.

Perdue went after Dodd-Frank again that year, cosponsoring the Economic Growth, Regulatory Relief and Consumer Protection Act, which the New York Times reported "frees banks from a variety of regulations that were imposed after the financial crisis of 2008," including "innovative measures" that targeted large institutions. That bill never made it out of committee, but was lobbied on by banks where Perdue held up to $465,000 of stock at the time, including Wells Fargo.

In two instances, Perdue received tens of thousands of dollars in campaign contributions from financial institutions on the same day he introduced legislation.

On May 21, 2019, Perdue signed on as an original co-sponsor of a bill that postponed compliance with a new accounting standard that some in the financial industry believed would impede lending during an economic downturn. FEC records show that in the days before Perdue co-sponsored the bill and the two weeks immediately afterward, he received nearly $50,000 from employees at the Capital Group, a financial services company, including $5,400 from the CEO.

In October 2017, a few weeks after Sloan's testimony, Perdue co-sponsored legislation that eased regulations on mortgage transfers that cross state lines. That bill was first introduced in August, and in the month before Perdue added his name on Oct. 25, his campaign received $24,000 from employees of the wealth management company SEI Investments, according to FEC filings.

Fourteen of those SEI employees gave $1,000 on Oct. 19, but only one employee donated the same day that Perdue committed to the bill: a maximum donation of $5,400, from CEO Alfred West.

This September, Postmaster General Louis DeJoy was hit with FEC criminal complaints for an alleged "straw donor" scheme, in which he reimbursed employees for political donations to his favored candidates.

Over the course of his career, Perdue has accepted more than $2 million in donations from the investment and securities industry, and half a million from commercial banks. But considering that so few of those bills made it past the committee, and only two became law, it is not clear who got the most out of their investment.

A Perdue campaign spokesperson did not reply to questions for this article.