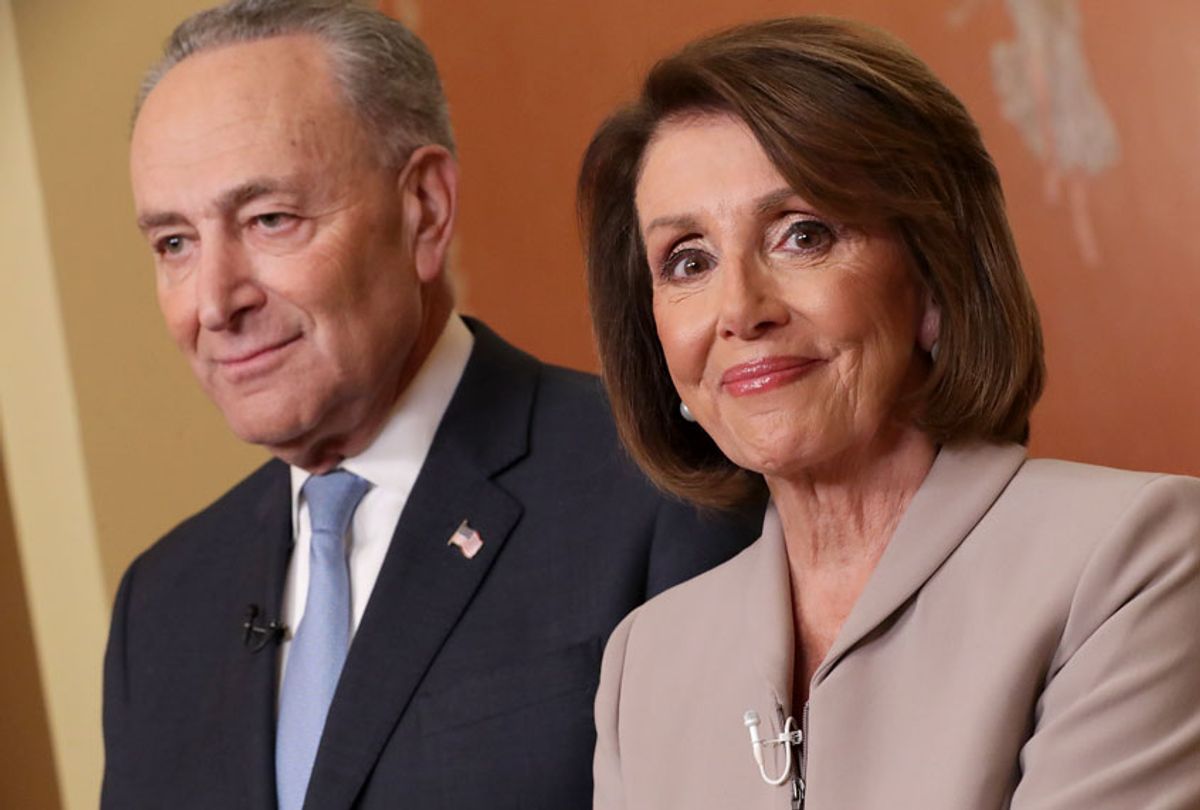 To forestall the nation's ongoing plunge into financial devastation as some crucial relief programs expire and others are recklessly terminated by the Trump administration, economists are calling for a $3 trillion debt-financed coronavirus stimulus package that includes enhanced unemployment benefits, robust fiscal aid to state and local governments, nutrition assistance, and other safety net expansions.

In a detailed memo released Tuesday morning amid a backdrop of surging hunger, a looming eviction crisis, and an intensifying pandemic that has taken more than 250,000 lives in the U.S., Economic Policy Institute research director Josh Bivens implores Congress to "use debt, go big, and stay big, and be very slow when turning off fiscal support."

Pointing to federal government's timid response to the financial collapse of 2008-2009 as a cautionary tale, Bivens argued that "roughly $3 trillion in debt-financed fiscal support now, with the first $2 trillion hitting the economy between now and mid-2022," is necessary to avoid another crushingly slow recovery and "ensure a return to a high-pressure, low-unemployment labor market by mid-2022."

"The Senate's failure to provide crucial relief and recovery aid has left families without a lifeline and will severely damage prospects for recovery," Bivens said in a statement. "Policymakers must prioritize a high-pressure labor market characterized by low unemployment and strong public investments."

Specifically, Bivens calls on Congress to approve a relief package containing, at minimum:

Emphasizing the importance of funding the relief package with debt rather than taxation, Bivens writes that "the point of federal spending now is to boost aggregate demand growth (spending by households, businesses, and governments), so financing this support with taxes would make it less effective."

Bivens also stressed the need for sustained fiscal support instead of relief that expires before the economy has fully recovered.

"Policymakers should not phase out funding too quickly and must continue fiscal support through the end of 2024," said Bivens. "We have to be careful not to think of this as jumpstarting an engine and instead think of it like towing a car out of a rough patch to smoother ground. If large fiscal support is removed quickly, the fiscal contraction can overwhelm private sources of growth and tip the economy back into recession."

While the economic case for a strong relief package appears unimpeachable — officials at the Federal Reserve have issued similar calls for a large stimulus — major political obstacles remain in the way of passage of bold legislation, particularly during a lame-duck session in which austerity-obsessed Republicans remain in control of the Senate.

President-elect Joe Biden has voiced support for passage of coronavirus relief during the lame-duck period before he takes office in January — when Democrats have an opportunity to take back the Senate with a pair of Georgia run-offs — but recent talks between Senate Majority Leader Mitch McConnell, R-Ky., and Democratic leaders have yielded little indication of progress toward an agreement.

"People across the country are going hungry, Covid is set to explode, and Mitch McConnell dismissed the Senate last week," Rep. Alexandria Ocasio-Cortez, D-N.Y., tweeted Monday, referring to the Republican leader's decision to adjourn the Senate for Thanksgiving recess without passing additional relief.

"I don't know how these people can sleep at night," said the New York Democrat. "I really don't."

"Senate Republicans are failing the American people," said Rep. Barbara Lee, D-Calif. "Families will not be able to survive the holiday season and some of the darkest days of this pandemic without relief."