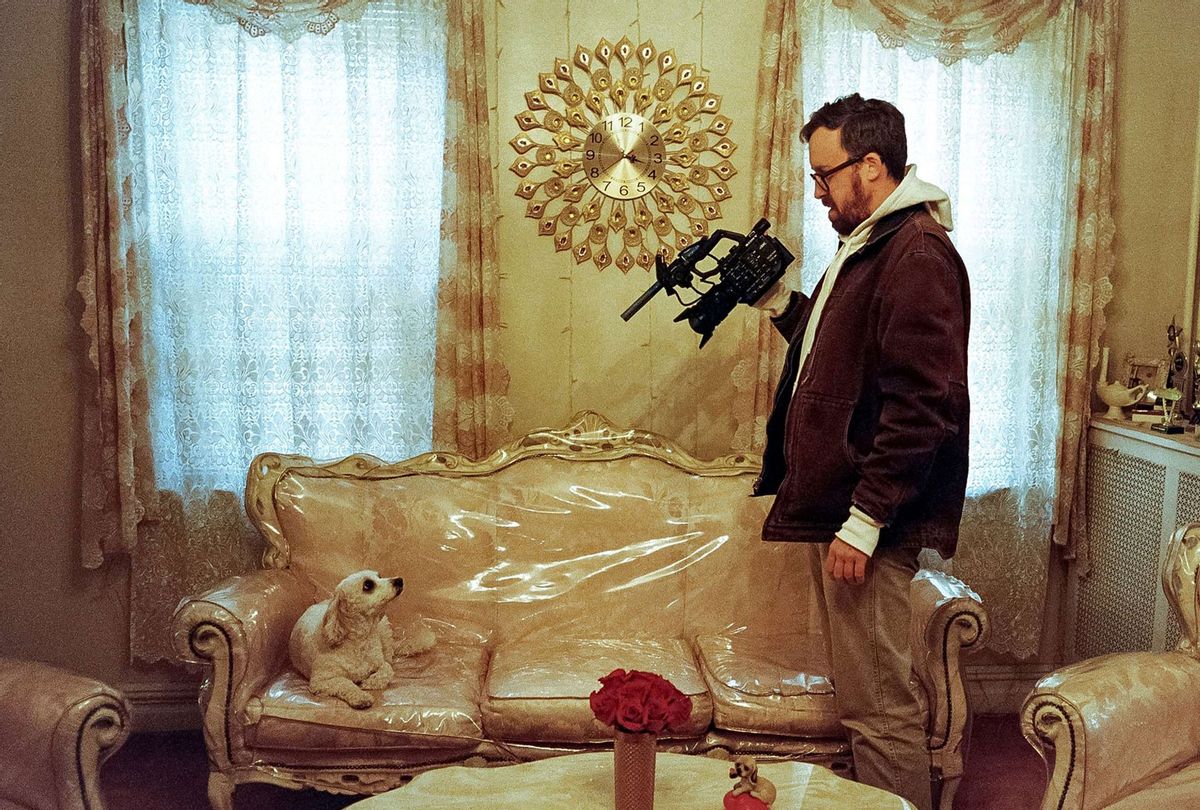 There's no way that I could have anticipated how deeply "How to With John Wilson" would make me miss life before the pandemic, nor how much it would make me want to change how I live once it's all over. After all, HBO advertised the six-episode show as a "comedy docuseries," which can mean a lot of things (for reference, IMDb classifies "Jackass" as a comedic documentary).

The trailers promised some of the same, unapologetic meditations on social awkwardness that Nathan Fielder's Comedy Central series "Nathan for You" — of which I'm a devoted fan — provided. Fielder, as well as "Nathan for You" alums Michael Koman and Clark Reinkin, are executive producers on the show.

And the premise of "How To" is simple. Wilson, a documentary filmmaker, meticulously records the events of an everyday life, much in the same way other people keep a diary. He uses those clips to investigate one new topic over the course of each episode. These include things like scaffolding, small talk, splitting the check and covering furniture.

But, much like "Nathan for You," the original premise of the episode leads to some zany places. The episode on memory, for instance, takes Wilson to a convention about the multiverse theory, led by amateurs out of a Best Western conference room. Meanwhile, Wilson's dogged attempts to learn about how to more fairly split the check land him a seat at an award dinner for Manhattan soccer referees.

That kind of tenacious pursuit of a topic is absolutely delightful to me, a kind of bizzaro form of documentary filmmaking, but it's not just for laughs. Through Wilson's unpolished, slightly awkward commentary, he invites viewers to behold his vulnerabilities, and perhaps assess their own. I mean, who among us hasn't wanted a primer on making better small talk so we can more easily make acquaintances of strangers, and eventually friends of those acquaintances?

But for me, the potential emotional revelations of "How To with John Wilson" pale in comparison to what it can teach viewers about what we probably used to take for granted when operating in public spaces.

This series is built on some of the most meticulously captured B-roll I have ever seen in my life. I'm talking about things that, to the average passerby, would fall below notice: misspelled street signs, a fire hydrant being drained into a busy intersection, a person doing pull-ups on a bar of scaffolding, a couple where one partner slouches away from the other's touch, a small dog toddling down the street in a color-block sweater.

With those little snippets, Wilson crafts visual punchlines that elicit belly laughs and landscapes that will make you ache for the days you could have been outside, actually noticing things.

Of course I remember some of the stranger things that I've seen in public — the time that I watched a drunk man drag a lobster leg, dripping with butter, across his date's face while slurring, "Hello, darling" still looms large in my mind, for instance — but I don't mentally retain or physically capture, on paper or film, the kinds of things that Wilson does. Would my interior life and creative work be richer if I did?

Wilson beautifully showcases what would happen if folks would go where their curiosity leads them (for him, that's a deeply uncomfortable trip to Cancun during spring break after practicing small talk with a travel agent), if they'd tack an extra five-minute excursion onto their walk home, or if they'd check out what was behind the doors that have always interested them. That's how Wilson ends up face-to-face with a class full of students attempting to master the (plastic) lightsaber.

"How to With John Wilson" takes delight in demonstrating how poignant detours, even small ones, can be. These days, I don't take too many detours. My schedule has become regimented and my paths are determined — even my trips to the grocery store, a place I used to love to explore, are now predetermined missions.

But as I've watched this series over the last several weeks, I've noticed my patterns shifting (safely, of course). I've started more walks, allowing myself to veer off the most logical path. I've begun noticing things I hadn't before: the neighbor who lovingly drapes her cactuses in bedsheets overnight and uncovers them for morning sunshine, the two side-by-side yards that contain two nearly identical black poodles, the man who walks the same route every day while peddling his new gospel CD.

In and of themselves, these things aren't important. They're not exciting or life-changing in any meaningful way. And yet, I think about what John Wilson would do if he captured them — he'd transform them into something that's more poignant than the sum of its parts. I think that's the ultimate message of "How To," and that's the message I want to carry with me even once, or perhaps especially when, normalcy returns.

"How to With John Wilson" is available to stream on HBO Max.