As the price of petroleum fell during the pandemic, it became cheaper to make new plastic than to recycle 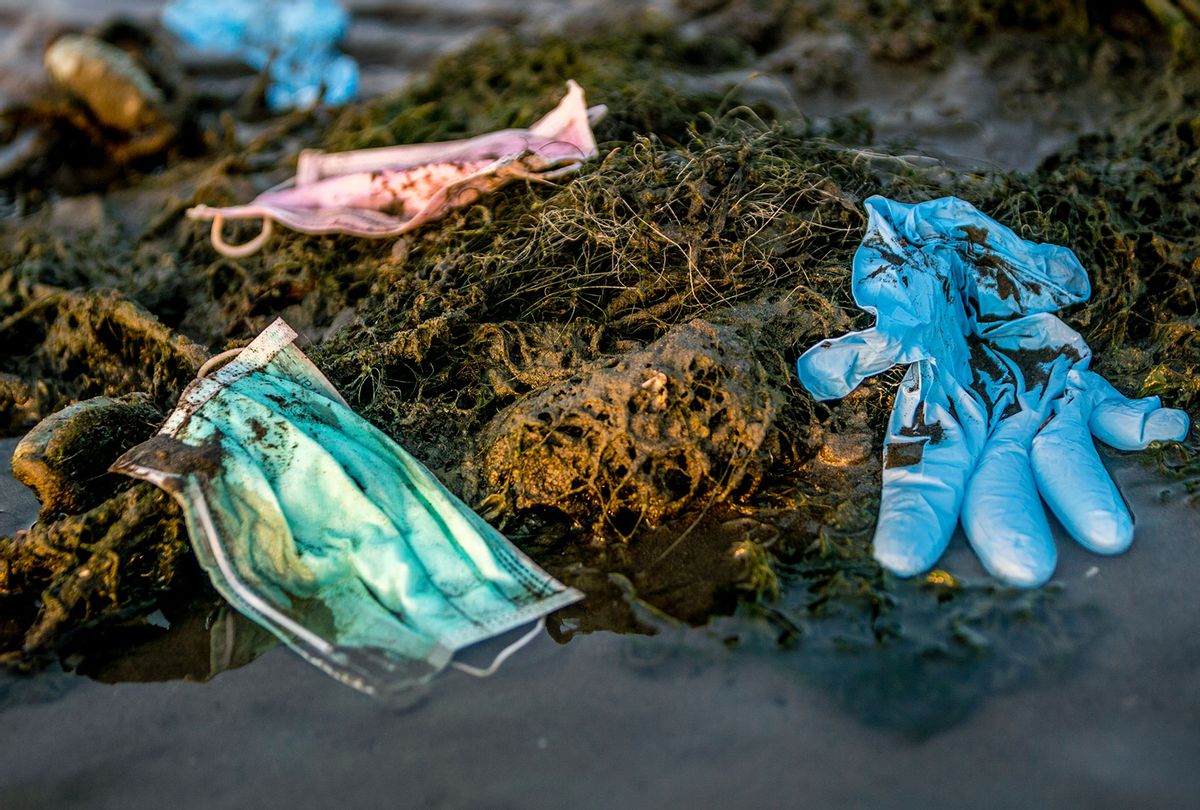 Early in the pandemic, many scientists noticed an odd, incongruous side effect of business closures and widespread shelter-in-place orders: a concomitant reduction in air pollution. NASA saw significant drops in nitrogen dioxide levels in satellite data from April 2020. That raised an uneasy prospect for environmentalists, the possibility that the coronavirus pandemic — which has, as of now, killed 1.5 million people worldwide (including more than 260,000 in the United States) — might have a "silver lining" for the environment.

Yet new reports appear to show that any such hope was misplaced, as whatever drop in air pollution the pandemic may have indirectly caused was displaced by a massive surge in plastic waste. Indeed, that poses a significant long-term problem for Earth's oceans, where much plastic waste ends up — and highlights the need for legislation to make more single-use goods biodegradable or develop large-scale public works projects to manage plastic pollution.

Several factors contributed to the pandemic-related surge in plastic pollution, according to a September report in Science Magazine. For one thing, the proliferation of COVID-19 cases throughout the world caused a steep drop in travel and, as a result, a drop in the price of petroleum. This has made it cheaper to manufacture new plastics than to simply recycle existing plastic products, which has increased overall plastic production.

Meanwhile, there has been a sharp rise in demand for personal protection equipment (PPE), much of which is manufactured with plastic. The World Health Organization (WHO) requested a 40% escalation of disposable PPE. Science Magazine noted that if every person on Earth uses an average of one disposable face mask every day after lockdown ends, the planet would experience a monthly disposal of 129 billion face masks and 65 billion gloves.

The report also extrapolated about the quantity of American medical waste based on numbers from Wuhan, where the virus originated, predicting that the United States could create a year's worth of medical waste in only two months if our numbers are similar to those of the Chinese city. The report also pointed to the increase in packaged take-out meals and home-delivered groceries and the increased pressure on waste management facilities as contributing factors to the spike in plastic pollution.

As the International Solid Waste Association (ISWA) reported earlier this month, the quantity of single-use plastic in food-related products like packaging and utensils may have increased by 250% to 300% in America since the coronavirus outbreak reached this country. The World Wildlife Fund (WWF) also reported that it expects plastic pollution to increase by 40% in the next decade.

Meanwhile, the International Institute for Sustainable Development (IISD) released an August report finding that measures taken to protect the public from COVID-19 has increased plastic littering in Canada, with much of the plastic winding up in Canadian freshwater supplies. This increases the quantity of microplastics — or pieces of plastic smaller than 5 mm — that will make their way into the food chain and ingested by human beings, with unforeseeable health results.

There is also an ecological toll caused by the increase of plastics in freshwater.

"In aquatic environments, organisms of all types—from algae to fish to birds—ingest or interact with plastics," IISD reported. "The ingestion of plastics by animals may cause reproductive issues, behaviour changes, and starvation. Animals can also become entangled in plastic debris, causing physical harm and, in some cases, death. Plastic debris of all sizes can also accumulate chemicals and leach them into the environment with potentially toxic effects on wildlife."

Duke University student Caroline Gordon wrote something similar for the Nicholas School of the Environment, pointing out that "at least 700 species worldwide have been affected by plastic ocean pollution, including 84% of sea turtle species, 44% of all seabird species, and 43% of all marine mammal species. It is also estimated that one in three marine mammals have been found tangled in some type of marine litter, such as lost fishing gear or plastic bags."

"The plastic industry seized on the pandemic as an opportunity to try to convince people that single use plastic is necessary to keep us safe, and that reusables are dirty and dangerous," John Hocevar, ocean campaign director at Greenpeace, told CNBC. "The fact that neither of these things is supported by the best available science was irrelevant."

He added, "Exploitation of Covid-19 fears ultimately made people less safe, distracting attention from the need to focus on the risk of airborne transmission and critical measures like wearing masks and maintaining social distancing."

The consequences of all this plastic consumption could become all too real in our own lifetimes. The World Economic Forum (WEF) projected in 2016 that the total weight of plastic in the ocean could outweigh the total weight of fish by 2050. It based this conclusion in part on the fact that international plastic use has increased 20-fold since the 1960s and is expected to double again by the 2030s. Roughly one-third of all plastics are not properly disposed of, resulting in 8 million metric tons of plastic pollution entering the environment each year.