Trump bilks $170 million from supporters to fund suits—but his PAC pockets most of the cash: report 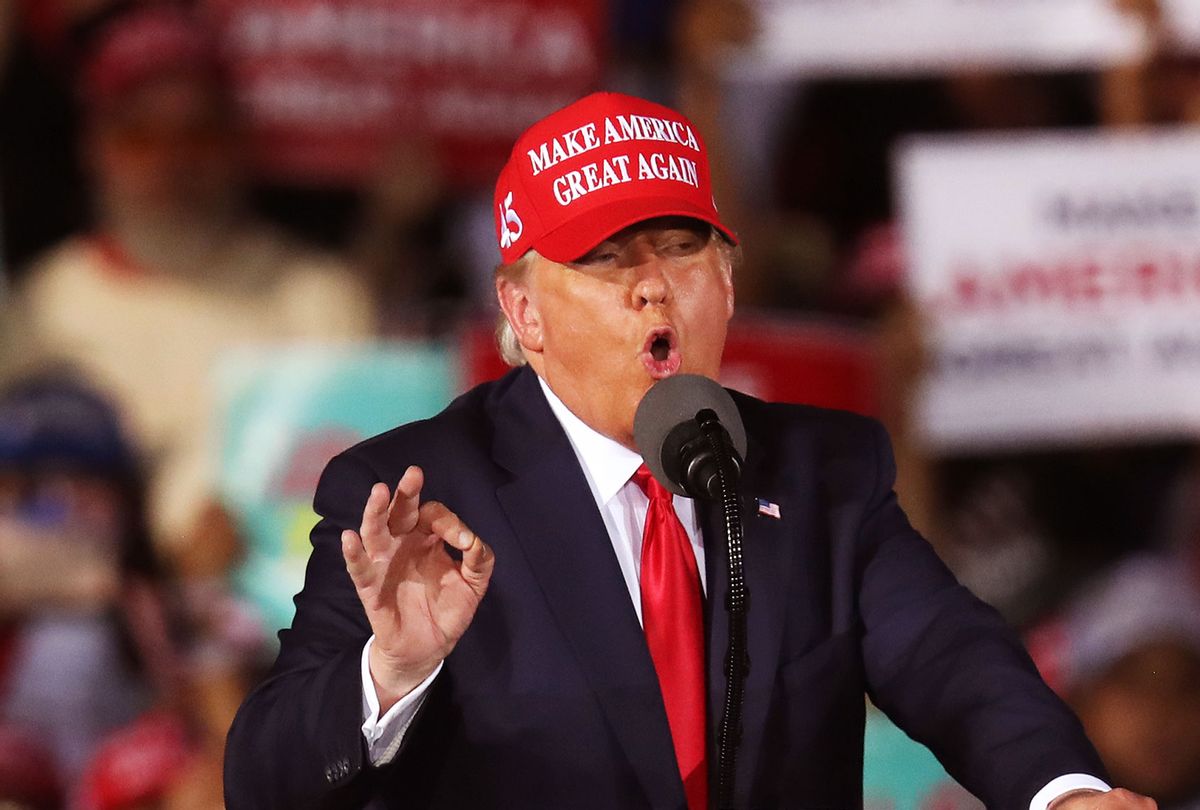 President Donald Trump has raised about $170 million from his aggressive fundraising campaign ostensibly aimed at fueling his baseless election challenges, but the majority of the money is actually going to the new political action committee he set up after the election, according to The New York Times.

Trump has bombarded supporters with appeals for cash as he wages a fruitless legal campaign to challenge the results of an election he lost by more than 6 million votes. But the president's attorneys have failed to back up his allegations of fraud and irregularities with any actual evidence.

"Our democracy and freedom is at risk like never before, which is why I'm reaching out to you now with an URGENT request," a recent email to donors from Vice President Mike Pence read. "President Trump and I need our STRONGEST supporters, like YOU, to join the Election Defense Task Force. This group will be responsible for DEFENDING the Election from voter fraud, and we really need you to step up to the front lines of this battle."

Though the emails claim that the money is for the "Official Election Defense Fund," no such account exists, according to The Washington Post. The fine print on the frenzied messages says the first $5,000 or first 75% of every donation greater than $5,000 goes to Save America, a new political action committee formed by the president in mid-November. The other 25% goes to the Republican National Committee.

Trump and his allies have failed in virtually every lawsuit and presented zero evidence of widespread fraud or irregularities that would overturn the result in any state. But their torrent of lies about the election present a huge boon for Trump's political future as he reportedly plans to launch a 2024 presidential bid. In fact, earlier fundraising appeals directly noted that much of the money would be used to pay down debt.

The $170 million raised across four weeks is more money than Trump raised during the peak of his campaign — and it is enough to "have paid off any remaining Trump campaign debt," according to The Times. The campaign struggled to raise enough money to keep up with President-elect Joe Biden after blowing $1 billion early in the game.

Trump's leadership PAC saw its best month in September, when it raised $81 million. The campaign has also begun to automatically enroll donors into weekly donations, which critics have slammed as "misleading." Rob Flaherty, who served as the digital director for Biden's campaign called the tactic "plain and simple grift."

The fundraising boon means Trump's assault on the presidential election is not likely to end anytime soon. Trump advisers told reporters that most of the money had come from small-dollar donors.

"Small donors who give to Trump thinking they are financing an 'official election defense fund' are in fact helping pay down the Trump campaign's debt or funding his post-presidential political operation," Brendan Fischer, the director of federal campaign finance reform at the Campaign Legal Center, told The Post. "The average donor who gives in response to Trump's appeal for funds to 'stop the fraud' likely doesn't realize that their money is actually retiring Trump's debt or funding his leadership PAC."

Because of the way the money is split, "only bigger donors who've maxed-out to Trump's campaign or the RNC will see any portion of their contribution go to dedicated recount or legal funds," he added.

"The RNC has spent tens of millions of dollars over the last two years funding legal efforts in multiple states, and we continue the fight for election integrity across the country," RNC spokesperson Mike Reed told the outlet.

The report noted that leadership PACs have little restrictions on how they can spend money, meaning the funds could be used to pay for events at Trump's own properties to pay for his travel and personal expenses.

"He's taking advantage of all the free media coverage to pay off his campaign debt and fill his coffers for whatever comes next," GOP donor Dan Eberhart told The Post. "I would rather give to Romney 2012 than Trump 2020 at this point."