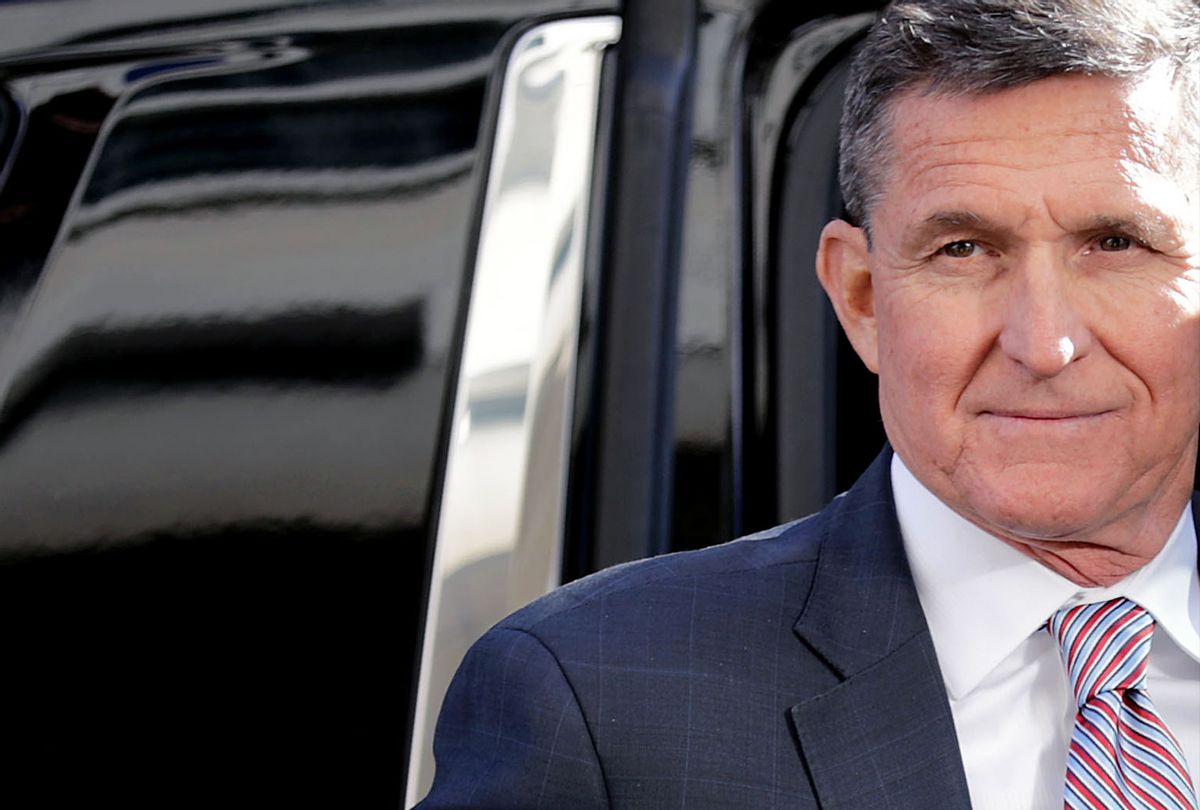 One week after receiving a historically broad pardon from President Donald Trump, former national security adviser Michael Flynn on Tuesday endorsed demands for his former boss to "temporarily suspend the Constitution" and declare martial law, warning that "a shooting war is imminent" without a re-do of the federal election.

Flynn's Twitter account shared a press release from a Tea Party-affiliated organization called the We the People Convention (WTPC), calling for the outgoing president to invoke martial law "to allow the U.S. Military to oversee a new free and fair federal election" if state legislatures, courts and congress do not overturn his defeat.

The press release promotes the group's recent full-page ad in the conservative-leaning Washington Times, and it compares the context surrounding Abraham Lincoln's executive actions during the Civil War to "the literal civil war that is dividing our nation today."

"Today, the current threat to our United States by the international and domestic socialist/communist left is much more serious than anything Lincoln or our nation has faced in its history — including the civil war," the statement says, citing violence from "antifa" and Black Lives Matter.

The group warns that "a shooting war is imminent" if Trump does not stop "socialists" from "stealing" the election: "Failure to do so could result in massive violence and destruction on a level not seen since the Civil War."

The statement concludes, "We will also have no other choice but to take matters into our own hands, and defend our rights on our own, if you do not act within your powers to defend us."

Earlier that day, Trump's Attorney General William Barr acknowledged that federal investigators had not found evidence of fraud which could change the outcome of the election. Federal and state courts have so far ruled against the Trump campaign and GOP allies in every lawsuit alleging voter fraud that the attorneys have not withdrawn themselves — though the president's legal team still holds out hope for appeals.

The same day that Flynn shared the statement, Sidney Powell, the red-pilled chief attorney for his former defense team, promoted calls for Trump to "set up military tribunals" to investigate the election.

Powell recently led a short life as a member of Trump's "elite strike-force" legal team challenging the election results before she was sidelined after repeatedly pushing fringe conspiracy theories in a televised press conference and media interviews.

In August, Powell met with the president and other advisers at the White House, where she advised him not to pardon her client, who had been seeking to overturn his 2017 guilty plea for lying to the FBI about backchannel contacts with the Russian government ahead of Trump's inauguration.

Last week, Trump issued Flynn a "full and unconditional pardon," which extended beyond Flynn's plea to "any and all possible offenses" that might arise in connection to his case, as well as "any and all" possible future offenses related to the Mueller investigation "in any manner" — including grand jury proceedings.

In addition to the Russia-related charges, Flynn faced possible criminal liability for failing to register as a foreign agent for his work on behalf of the Turkish government during the 2016 election — when he was the Trump campaign's top national security adviser.

The pardon, which heads off possible future charges, appears to be one of the broadest in U.S. history, perhaps surpassing even former President Gerald Ford's preemptive pardon of former President Richard Nixon.

However, recent reports indicate that Trump discussed a pardon with Rudy Giuliani, the current top attorney of his campaign's dwindling legal team and the former face of identity theft protection company LifeLock, which could be even more broad.