Biden asks Americans to wear a mask for 100 days to stop COVID deaths. Scientists agree with him

Biden has asked Americans to wear a mask for his first 100 days as president. The science is with him here 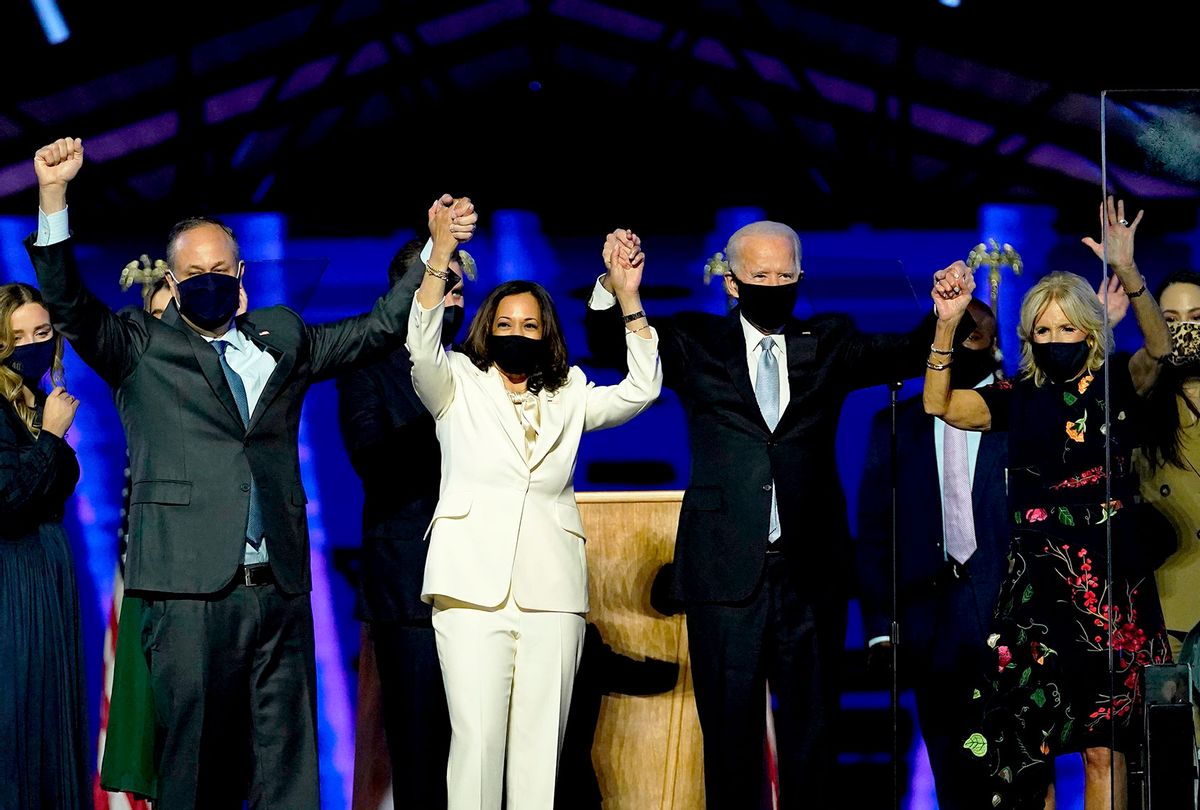 President-elect Joe Biden is urging Americans to wear a mask for the first 100 days after he takes office — and scientists agree that, if people listen to him, it will save lives.

"Just 100 days to mask, not forever. One hundred days. And I think we'll see a significant reduction," Biden told CNN's Jake Tapper during an interview on Thursday. President Donald Trump, by contrast, has repeatedly downplayed the importance of wearing a mask, not only avoiding wearing one in public but mocking Biden for doing so. In this respect Trump followed in a long tradition of presidents who ignore common sense medical advice, most notably William Henry Harrison who refused to wear a coat or hat during a blizzard (he later died of what his doctor believed to be pneumonia).

Unlike his predecessors, however, Trump is the first president to actively buck medical experts' public health advice in a way that encouraged others to follow his example. His anti-mask rhetoric was one of the reasons why Scientific American, the oldest continuously published monthly magazine in the United States, broke its 175 year history of nonpartisanship to endorse Biden's candidacy in 2020. Scientists overwhelmingly agree that wearing a mask in public is necessary to both protect people from being infected with the novel coronavirus and to stop those who already have it from spreading the infection.

"At this stage of the pandemic, it's important for the individual to know that the simple but effective expedient of wearing a mask will both reduce their ability to transmit the virus to others and reduce their own vulnerability to becoming infected," Dr. Russell Medford, Chairman of the Center for Global Health Innovation and Global Health Crisis Coordination Center, wrote to Salon.

The question, though, is how effective will it be if Americans follow Biden's plan to have everyone wear a mask for 100 days.

"Would it reduce transmission? Absolutely. Would it be enough, alone, to stem the epidemic? Probably not, and some other social distancing type control measures will need to remain in place in order to bring case numbers down," Dr. Justin Lessler, an associate professor of epidemiology at Johns Hopkins Bloomberg School of Public Health, told Salon by email. After mentioning that he and his colleagues have done studies which show that masking measures taken early "reduced transmission by around 18%," he added that "more universal masking would likely do a lot more. However, evidence on direct protection suggests that masking alone in non-medical settings is 40-60%, so that is likely an upper limit of how much transmission could be reduced from masking alone."

"We would of course like everyone that can wear a mask to do so," Benjamin wrote to Salon. "The way the Institute for Health Metrics and Evaluation models this is to point out that if we achieve 95% universal coverage we would save 66,000 lives by April 1, 2121. (12/4/2020 projection) They adjust this weekly based on infectious conditions in the USA."

Benjamin also praised Biden for making his request that Americans wear a mask, telling Salon that "the President-elect is showing the leadership necessary to get better compliance. He has been demonstrating this by wearing the mask as appropriate; letting the public know he plans to make mask wearing required in the places the federal government controls (federal buildings, transportation, etc) and giving people a date certain that aligns with many people being vaccinated."

He added, "While mask wearing may be needed beyond that in some places I think giving people a date certain to strive for is a reasonable step to get better compliance."

Dr. Monica Gandhi, infectious disease doctor and professor of medicine at the University of California — San Francisco, echoed Benjamin's observations. After saying that she is "thrilled" with Biden's "display of strong leadership" in calling for people to wear masks during the first 100 days of his presidency, she wrote to Salon that "masking is one of the most important public health interventions to combat COVID-19 that we have. We are in the middle of a huge surge in the U.S. and data from multiple sectors have shown high compliance to mask-wearing can reduce transmission by up to 75% in just 20 days (as shown in a recent study from Germany)."

Dr. Alfred Sommer, dean emeritus and professor of epidemiology at Johns Hopkins Bloomberg School of Public Health, wrote to Salon that "for anyone with half a brain, it will work. For those who are stupid enough to go to rallies without masks, his advice (and that of every public health professional) seems useless." As he noted, mask wearing "will ONLY be 'effective' for those who congregate and interact with others using masks! Masks go a some way to protecting the wearer, but a long way protecting others around them. So EVERYONE has to wear a mask, except those who have been in a bubble with friends and family who are extremely careful about their lives."

Lessler also pointed out that "every additional person that wears a mask" contributes to a decline in transmission, although he added that the location of where people wear masks is also important.

"Wearing a mask all of the time but then going to an indoor restaurant and bar and (necessarily) take off the mask to eat or drink is a very different prospect than if the same person kept all of their eating and drinking to home," Lessler explained. When asked what percentage of the population needs to wear a mask for there to be a statistically significant drop in cases, Lessler said that "a rough guess is 80% or more plus other social distancing measures. A reduction in cases from what we would have seen without masks? Even 10% or so would be enough to make some impact."

Gandhi made the same point, writing to Salon that "models have shown 80% of the population need to wear masks for transmission reductions to be significant. Since other estimates have shown only about 50-60% compliance at best in the U.S., this call by President-elect Biden should boost our rates."

Medford was also hopeful, telling Salon that "the more people who take up President-elect Biden's request, the greater reduction we will see within these 100 days of viral transmission, hospitalizations and death. This could result in the saving of many thousands of lives."