It's a great month for holiday films, such as one from Dolly Parton – plus several "Jeopardy!" specials 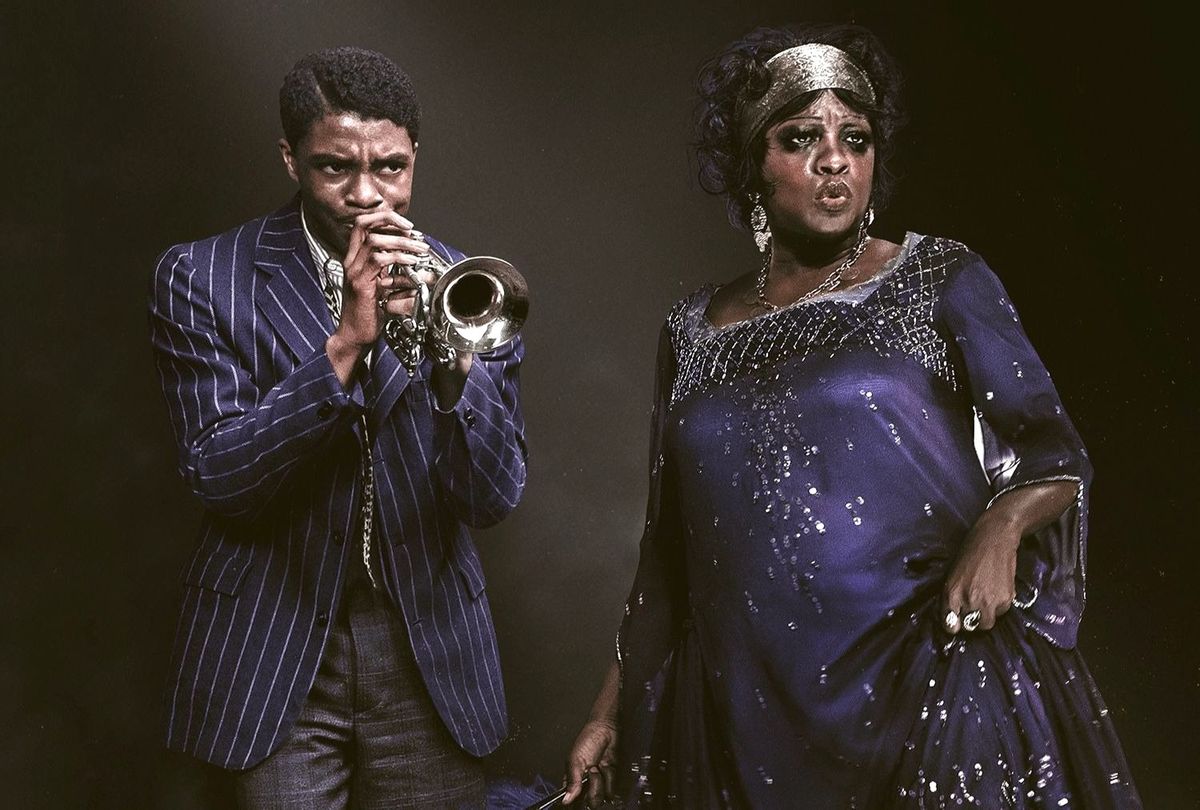 December has arrived, so 'tis the season for holiday movies. "Happiest Season," over on Hulu is probably the splashiest to hit the small screens this year, but on Netflix "Dash & Lily" — featuring Austin Abrams, Dante Brown, Midori Francis and Troy Iwata — is a sweet (but not saccharine) series about two destined-to-be strangers who trade messages and dares in a red notebook they pass back and forth around New York City.

Kurt Russell dons a Santa hat again in "The Christmas Chronicles 2," where he and Mrs. Claus (Goldie Hawn) fight back against Belsnickel, a mysterious troublemaker who threatens the future of the North Pole. And in "Dolly Parton's Christmas on the Square," the singer has a role in a film about a small, snow-covered town that's on the brink of being sold by a Grinchy businessman.

But if holiday movies aren't your thing, December is also a big month for reality television on Netflix. The streaming service announced that seasons of "The Challenge," "Are You the One?," "America's Next Top Model," "Black Ink Crew New York" and "Survivor" would be available in the coming weeks.

"The Holiday Movies That Made Us," Dec. 1

The popular Netflix series, "The Movies That Made Us"  — which has told the stories behind classics like "Home Alone," "Die Hard" and "Ghostbusters" — turns its attention to two modern holiday favorites, "Elf" and "Nightmare Before Christmas." With the help of producers, crew members and superfans, viewers can, as Netflix puts it, "unwrap the real stories behind these iconic Christmas blockbusters."

Directors Daniel M. Smith and Nigel Paterson draw from science fact and fiction (and a healthy dose of CGI) to imagine alien life on exoplanets, Earth-like planets that exist outside of our solar system — some of them trillions of miles away. "Alien Worlds" is a four-episode exploration of how we could apply what we know about life on Earth to visualize alien life.

The third season of "Big Mouth" ended with . . . a lot: The popular kids got "child married." Lola (Nick Kroll) was sexually harassed by the creepy teacher Mr. Lizer (Rob Huebel). Missy (formerly Jenny Slate, now with Ayo Edebiri recast) finally got a hormone monster — and was kissed by Nick (Kroll), which torpedoed his already-faltering relationship with his former best friend Andrew (John Mulaney).

This season takes all that pubescent awkwardness and rage and sends it to summer camp. Along the way, the characters grapple with timely topics like code switching, obsessive compulsive disorder, panic attacks and hormone blockers. It's a reminder that adolescence isn't all fun and games.

But with guest stars like Seth Rogen, Maya Erskine, Anna Konkle, John Oliver, Quinta Brunson and Lena Waithe — plus, the show's now-signature raunchy humor — and it may (almost) make you miss middle school.

In David Fincher's sharp black and white film, "Mank," 1930s Hollywood is reevaluated through the eyes (and scathing wit) of screenwriter Herman J. Mankiewicz (Gary Oldman) as he races to finish "American," the first draft of the screenplay that would become "Citizen Kane." Oldman brings a sharp wit and a soft heart to the role of the veteran studio hack, who spends a portion of the movie laid up with broken leg and a serious drinking problem.

"Selena: The Series" tells the story of "Queen of Tejano music" Selena Quintanilla. When she was 23, she was fatally shot in the back by Yolanda Saldivar, the president of her first fan club. Three months later, her unfinished fifth album, "Dreaming of You," topped the Billboard 200, and her legacy hasn't diminished in the 25 years since.

The series' first nine episodes tell Selena's story, from her birth to just as she's hitting bigger stages, bolstered by her siblings, A.B and Suzette Quintanilla — who was an executive producer on the series — and her parents, Abraham and Marcella. (An announcement regarding the release of the final nine episodes is expected in the coming weeks.)

As executive producer Jaime Dávila told Salon, he wanted to use this series as an opportunity to examine the woman — and the family — behind the legend.

"We think of Kacey Musgraves singing her. We think of Renee Zellweger thanking her in her Oscar's speech, but all of those things are abstracted with the question, 'How did this young Mexican-American girl from South Texas change the world?'" he said. "When you peel back the onion, as it were, you really find out that it's a beautiful family story."

"The Surgeon's Cut" profiles four groundbreaking surgeons from around the world, each with a different speciality: fetal medicine, neurosurgery, transplant surgery and cardiology. Through the individual stories of these experts — who offer transparent views into their operation procedures and their personal journeys into medicine — viewers will gain a better understanding of how the human experience is changed by new medical discoveries and techniques.

Based on the YA novel by Sona Charaipotra and Dhonielle Clayton, which they described as "'Black Swan' meets 'Pretty Little Liars,'" this Netflix original series showcases the aftermath when a star student at an elite ballet school is attacked. Her replacement enters a cutthroat world where tough topics like jealousy, racism, sexual experimentation and eating disorders take center stage.

Hrishikesh Hirway, who created the podcast "Song Exploder," returns with the second part of his TV adaptation that takes apart songs with the help of their creators and puts them back together step by step. This time around, he speaks to Dua Lipa about "Love Again," The Killers about "When You Were Young," Nine Inch Nails about the haunting "Hurt," and Natalia Lafourcade about "Hasta La Raiz."

In the late 1970s, The Yorkshire Ripper threw the West Yorkshire Police Department into chaos. The case of the serial killer, who murdered 13 women between 1975 and 1980, was one of the largest ever conducted by a British police force and law enforcement was criticised for being unprepared for such an important investigation.

This Netflix original series chronicles the turbulent investigation, which bore striking similarities to that of the infamous serial killer, Jack the Ripper, who committed a killing spree in London in 1888.

This Netflix adaptation of "Ma Rainey's Black Bottom" — based on the play of the same name by August Wilson — is set in 1927 Chicago. There, tensions rise when the trailblazing Mother of the Blues, Ma Rainey (Viola Davis), and her band gather at their recording studio. There, her ambitious trumpeter, Levee (Chadwick Boseman in his final posthumous role), wants to launch his own career by modernizing Ma's old-fashioned music.

A very bearded George Clooney stars as a lonely Arctic scientist in this post-apocalyptic tale, which is based on Lily Brooks-Dalton's acclaimed novel "Good Morning, Midnight." He races to stop astronaut Sully (Felicity Jones), and her team, before they embark on a doomed trip home, where a mysterious global catastrophe has occurred.

In this Shondaland production — which was created by "Scandal" writer and producer Chris Van Dusen —Daphne Bridgerton (Phoebe Dyvenor), the eldest daughter of the powerful Bridgerton family, makes her debut onto Regency London's competitive marriage market. But as her older brother begins to rule out potential suitors, and as a mysterious Lady Whistledown (voiced by Julie Andrews) spreads rumors implicating Daphne in scandalous behavior, her chances at romance seem further and further out of reach.

While the series is based on and inspired by the bestselling novels by Julia Quinn, the series features Shondaland signature touches such as color-conscious casting, backstabbing and scheming, feminism, LGBTQ storylines, and plenty of sex. Jane Austen's Regency romance, this is not.

Here is everything coming to Netflix this month:

Dec. 16
"Anitta: Made in Honorio"
"Break It All: The History of Rock in Latin America"
"How to Ruin Christmas: The Wedding"
"Lee Daniels' The Butler"
"Nocturnal Animals"
"The Ripper"
"Run On"
"Vir Das: Outside in — The Lockdown Special"