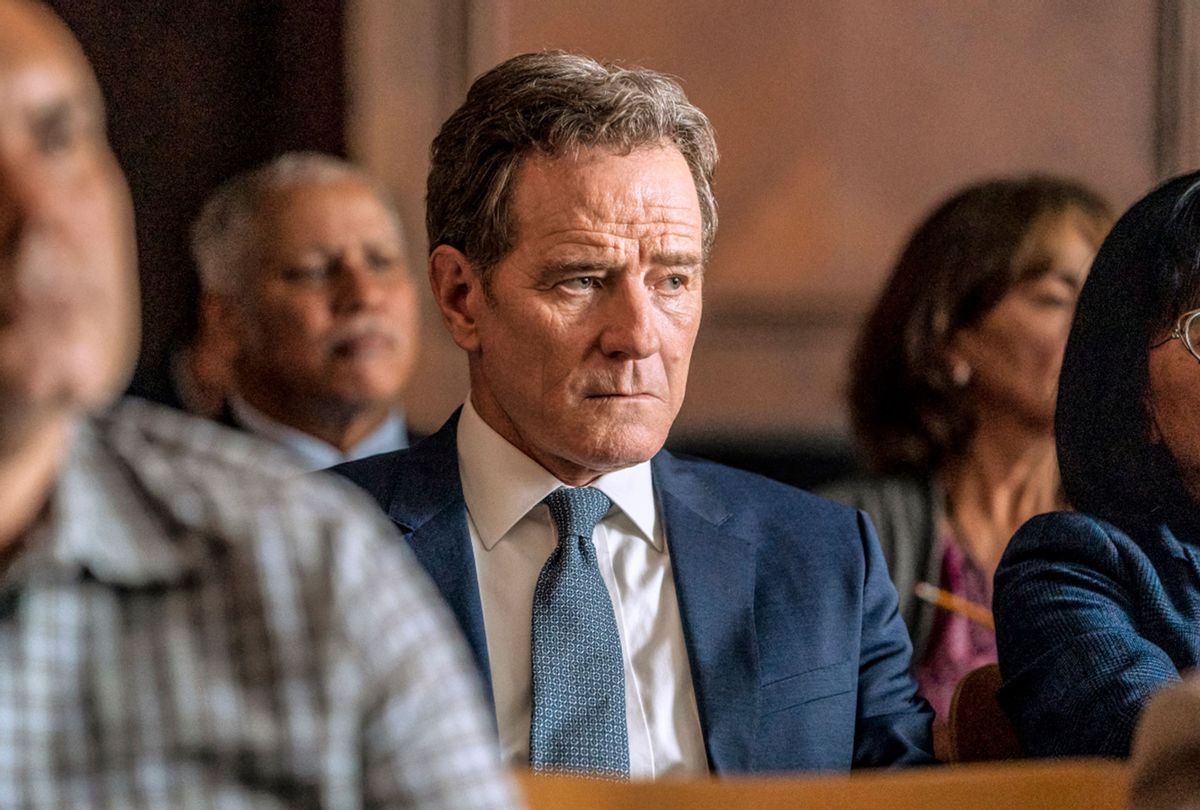 A part of Bryan Cranston surely knows he'll never outrun Walter White. From all appearances it doesn't seems as if he's yearning to do so, and based on the wide variation of roles he's taken since "Breaking Bad" he doesn't need to prove anything to anyone about his dramatic range.

This awareness makes his choice to star in "Your Honor" all the more curious given the similar moral trajectories between Cranston's New Orleans judge and the Albuquerque meth kingpin that cemented his status among television's greats.

You're likely familiar with that part, right? You know, the one where Cranston plays an ethically upstanding man pressed to protect his family, sliding deeper into a morass of corruption with each step he takes. Along the way he makes unwitting accomplices of those closest to him, threatening to drag them down with him.

Quickly, now – am I describing "Your Honor" or "Breaking Bad"? Or, for that matter, any number of prestige dramas that have come and gone before the former and after the latter? Trick question. And the answer is "Yes," to all of it.

We meet Cranston's Michael Desiato during a jog, during which he runs directly towards a streetcar bearing down on him, only veering off the tracks at the last moment. Take in the symbolism: Here is a man who runs toward danger, who faces down impossible odds undeterred but knows when to blink. (Also, what a way to recall that infamous RV shot. At least this time Cranston's fully clothed.)

This demonstrates his hidden character trait. To the world, he is a decent judge and the father to a teenage son, Adam (Hunter Doohan), a sensitive kid with asthma. Both are still mourning the death of Michael's wife and Adam's mother Pam, which makes it terrible luck when Adam accidentally plows into a young man on a motorcycle while driving panicked.

Naturally it's not just any fellow teenager, but the son of local mobster Jimmy Baxter (Michael Stuhlbarg) . . . and that makes Adam's choice to drive away particularly unwise. Unless, that is, your objective is to play out a familiar scenario using actors viewers will recognize from an assortment of series you're aping.

Peter Moffat developed "Your Honor" from a 2017 Israeli drama called "Kvodo," but if you've watched enough premium cable dramas over the past decade and a half you'll see a few familiar numbers showing through the paint here, including work that circles back to Moffat. The British screenwriter is the mind behind the U.K. series "Criminal Justice," whose format was adapted by Steven Zaillian and Richard Price to become "The Night Of" for HBO.

And if you've seen that work, you'll recognize some of its undertones here and shades of other past greats too. That is the magic of whatever Prestige Television Generator one imagines cranked out "Your Honor." It's nothing you haven't seen before, but what you remember of what you've already seen wasn't bad, or at the very least justified the extra expense of your premium cable subscription. Therefore people will watch hungrily and strive to wring some profundity out of that they're seeing.

After a point – if the four of its 10 episodes made available for review indicate anything – it's hard to see or even imagine that anything original or surprising is waiting for us farther down these tracks regardless of the gripping work Cranston is churning out alongside the fellow acting powerhouses joining him here. This includes Isiah Whitlock Jr., Lorraine Toussaint and once she comes on the scene in the fourth episode, Margo Martindale.

Stulbarg is an excellent brooder, and Hope Davis vamps it up for whatever Evil Gods to whom she sacrifices incense to get into character as Gina Baxter, the scheming Lady MacBeth to Stuhlbarg's mobster.

Oh, and I almost forgot to mention that Carmen Ejogo is quite engaging as Lee Delamere, an attorney Michael used to mentor, to whom he turns for help . . . and on one very emotional night, with whom he has too many glasses of wine. That happens a lot on TV, especially in the best of shows.

Don't misunderstand – everyone in this cast is tremendous. Cranston and Martindale are especially delectable when they crank out the type of tension that only a son-in-law and the mother-in-law that barely tolerates him can. Washington is winning as ever in his role as Michael's best friend Charlie Figaro, candidate for mayor and the kind of man you want when you need a heavy favor.

It goes without saying that said favor comes at a price for Charlie and an assortment of innocents, which is how these things go. "The Wire" taught us that. Toussaint's appearance is searing and memorable. Amy Landecker also cruises through as a detective who threatens to topple the fortress of lies Michael steadily builds.

Beyond these performances, however, isn't much. And ultimately the paucity of substance is obscured by meaty acting becomes this drama's undoing, and no, that is not a pun. But it could be!

Just as likely "Your Honor" will do fine in this time of reduced options in the premium space along with a yen to watch Cranston bleed every bead of sweaty agony and red rage out of Michael as he reckons poorly with is conundrum. And admittedly, few shed a character's virtue layer by tissue-thin layer like Cranston.

Doohan, it must be said, is plausibly disastrous as a young man slowly coming apart, and he's near incandescent in the scenes where his character pushes back against all the damage his father commits on his behalf. But then, even without this terrible accident hanging over him, Adam has a few secrets of his own, the likes of which a number of teen boy TV characters seem to have these days.

Ultimately much familiarity probably won't be seen as a deal breaker in this time of such low expectations. People adore Cranston, Martindale and the rest. People need TV to get excited about. Therefore knowing there are collisions ahead and suspecting, often correctly, the nature of the collateral damage scheduled to occur along the way doesn't necessarily make "Your Honor" unwatchable. All that's required is for you to be fine with the fact that you've seen this story before, time and again.