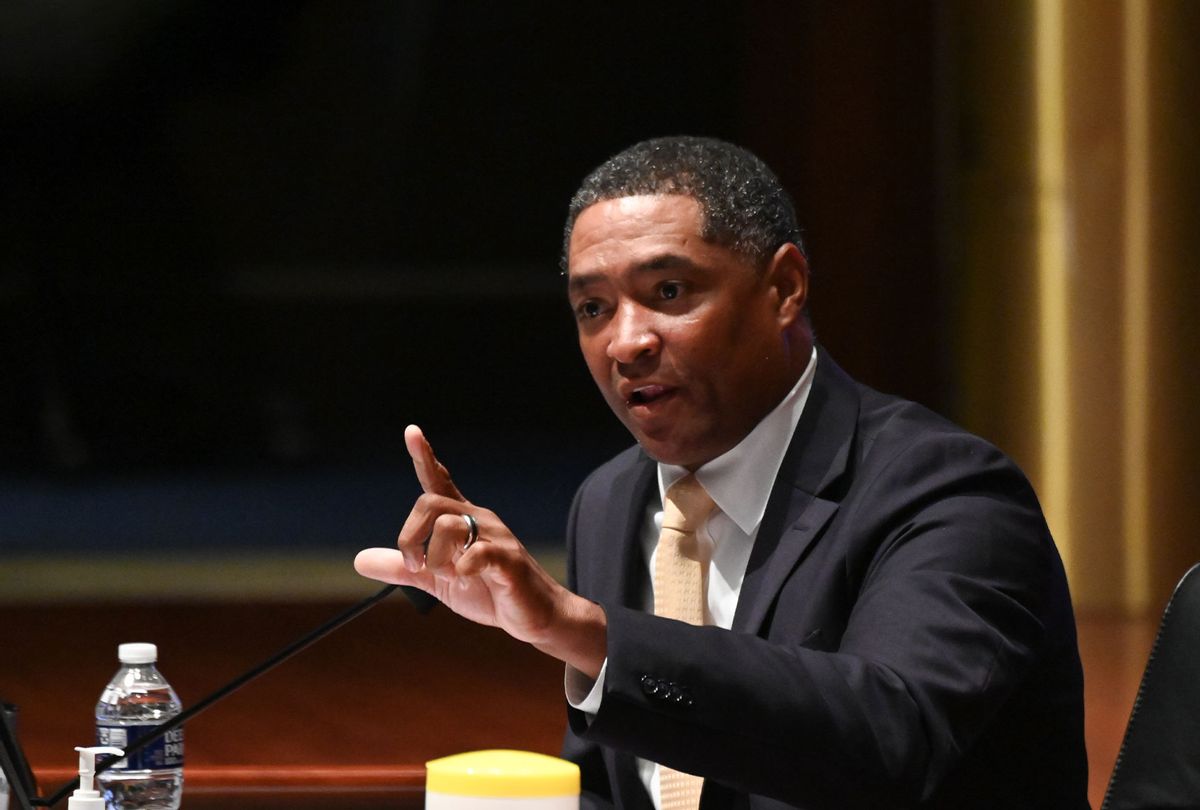 Incoming senior Biden adviser Rep. Cedric Richmond, D-La., vowed to serve as a "conduit" between corporate executives and the White House during a business event on Monday.

Richmond, whose appointment to head the White House Office of Public Engagement angered many progressives concerned about his ties to big oil and gas firms, vowed that the incoming Biden administration will be friendly to corporations and conservatives at the Wall Street Journal CEO Council.

Richmond said he hoped to be a "conduit straight into the White House for American corporations," according to Bloomberg News, and vowed to have an "open-door policy" for corporate executives.

Richmond said that President-elect Joe Biden would make good on his campaign pledge to raise taxes on corporations and the rich to fund social programs but "didn't want to stymie research and innovation," according to the Wall Street Journal.

"It's not punitive. We will just do those things we find that are absolutely necessary to do," he said. "And if that means raising the corporate tax rate to achieve infrastructure investment, which is important to both business and to normal everyday citizens, I think that that may be some middle ground that everybody can support."

Richmond also said that he would create a new position in his office to reach out to conservatives.

Richmond suggested that an infrastructure bill could bring the two parties together.

"The famous words are, 'There's no such thing as a Democratic bridge or a Republican bridge,'" he said, adding that he hopes Congress can introduce "a very quick infrastructure bill to put people to work rebuilding our crumbling infrastructure making the country greener and cleaner."

Richmond's remarks irked some on the left after Biden sought to build a coalition that includes progressives urging him to focus on struggling Americans rather than corporations.

The New Orleans Democrat, who will also serve as a senior adviser to the president and a co-chair for Biden's inauguration, has been one of the biggest recipients of campaign contributions from oil and gas companies. Some constituents have accused him of ignoring the needs of his district, which is home to some of the most polluted parts of the country, and failing to push for stricter regulations. Richmond also joined Republicans to vote to increase fossil fuel exports and develop the Keystone pipeline while opposing Democratic legislation to limit fracking pollution.

The progressive Sunrise Movement called Richmond's appointment a "betrayal" because he "cozied up to big oil and gas" and "stayed silent and ignored meeting with organizations in his own community while they suffered from toxic pollution and sea-level rise."

A Biden transition team official told The Guardian that Richmond will be tasked with working "with a wide range of groups to make sure that the Biden-Harris administration has a direct dialogue with the American people" and that the Biden administration is committed to tackling the "climate crisis and fight for environmental justice."

Richmond is one of several Biden appointees that has already caused friction with the left. Numerous top administration picks worked at WestExec Advisors, a secretive consulting firm staffed by numerous Obama administration alums that helps firms land Pentagon contracts, and as former lobbyists, like Steve Ricchetti, a longtime Democratic aide tapped to serve as a top adviser to Biden.

"If Joe Biden continues making corporate-friendly appointments to his White House, he will risk quickly fracturing the hard-earned goodwill his team built with progressives to defeat Donald Trump," Alexandra Rojas, the executive director of the progressive group Justice Democrats, said last month. "A Biden administration dominated by corporate-friendly insiders like Steve Ricchetti and Cedric Richmond will not help the President-elect usher in the most progressive Democratic administration in generations."