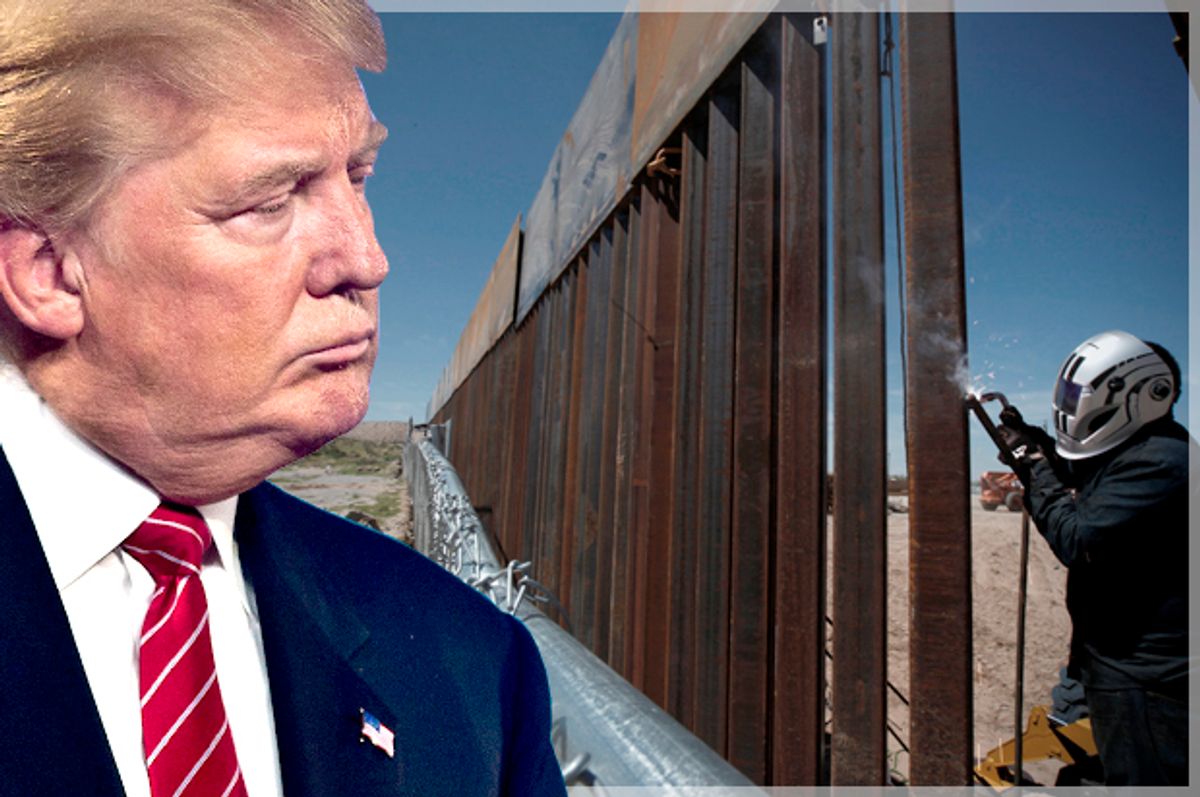 The accusations, which include building an illegal access road to make the smuggling process easier, raise questions about whether U.S. taxpayers funded the unlawful entry of armed Mexican nationals in an effort to build Trump's border wall — an inversion of the outgoing president's broken campaign promise to force America's southern neighbor to foot the full bill.

Ultimate Concrete "constructed a dirt road that would allow access from the Mexican side of the border into the United States," the filing claims, parking construction equipment in front of security cameras to block the view. The scheme was signed off by an Army Corps of Engineers supervisor, according to the complaint.

One of the whistleblowers claims to have received a report about a shooting between the Mexican guards and other people who allegedly crossed into the U.S. to steal property. The report was allegedly forwarded to the Army Corps of Engineers, who said that they would investigate, but that the story did not line up with what Ultimate Concrete employees had told them.

According to the document, the president of Ultimate Concrete admitted that he knew about the use of the guards, and said that "he is making payments to citizens of Mexico who reside near the border in order to keep them from stealing equipment and supplies."

The Trump administration has in all awarded SLS more than $1.4 billion in contracts related to wall construction and repair, some of which allegedly went to allowing Ultimate Concrete to shuttle the guards across the border.

But according to the document, the president of Ultimate Concrete submitted fraudulent invoices about his company's activities, "'hiding the full extent of his profits on the Border Wall project."

"If they were using a forklift, they would use it only sporadically throughout the day but charge the government for fuel, in sum and substance, 'as if it was running all the time,'" the whistleblowers said.

A federal judge in California unsealed the complaint last Friday after the Justice Department concluded that it would not pursue the case, The New York Times reported. The whistleblowers, a former San Diego County deputy and a former FBI special agent, both hired to provide security, can still independently seek a settlement.

Cost estimates for Trump's quixotic border wall project have run billions of dollars over first estimates, as construction has been plagued with setbacks from the start. Most recently, The New York Times revealed that the "impenetrable" and "beautiful" bollards suffered hundreds of breaches in the six months between October 2019 and March of this year. The whistleblowers claim that those breaches were repaired by unauthorized workers.

Trump had sought earlier this year to divert $3.6 billion to the project from the military construction budget, but in October a federal appeals court ruled against him. The Supreme Court has agreed to hear the case.

In January, a video of one section of the wall toppling went viral. In September, engineers said that it was not a matter of if the wall will fail, but when. Construction on those sections was funded by "We Build the Wall," a nominally nonprofit project co-led by Trump's former top strategist Steve Bannon,  who was recently indicted for defrauding donors to the project.