The judge who approved the warrant was appointed by Florida Gov. Ron DeSantis just weeks before the raid 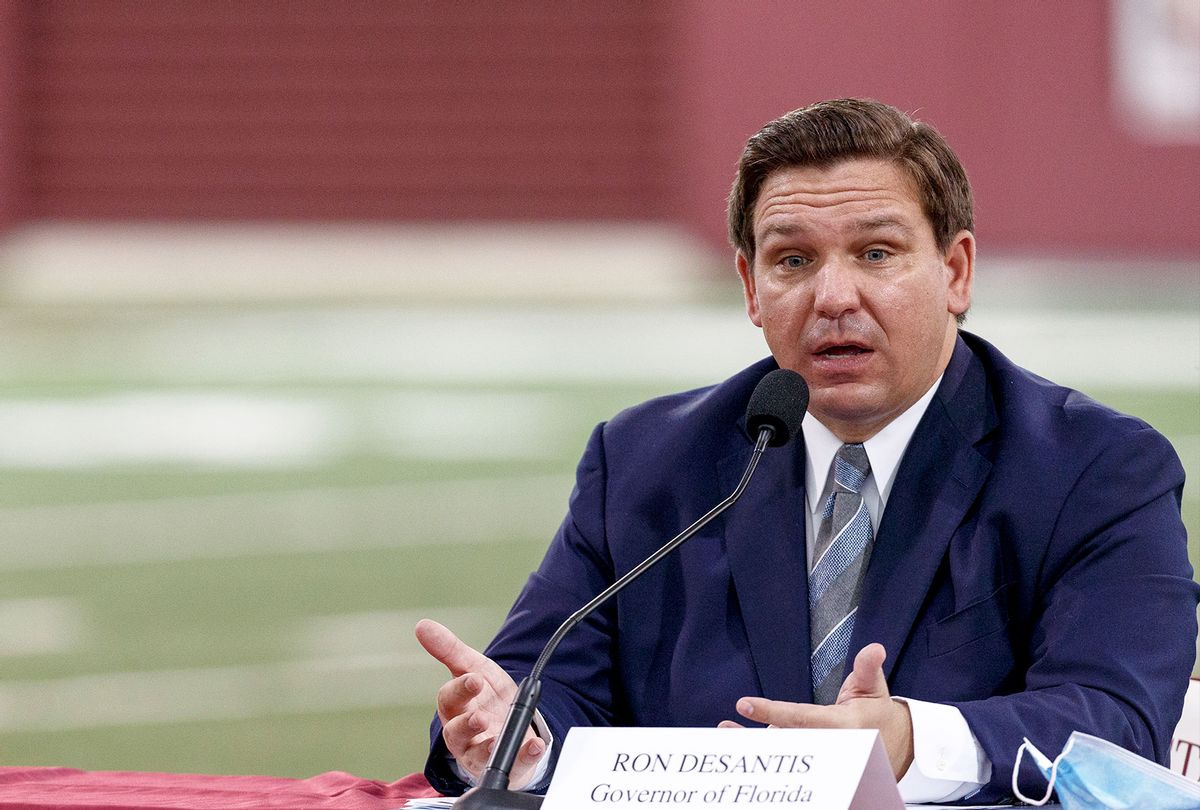 A Republican official in Florida resigned on Tuesday in protest of Gov. Ron DeSantis' handling of the coronavirus pandemic and the police raid on whistleblower Rebekah Jones, a Florida data scientist who accused the state of manipulating coronavirus data.

Ron Filipkowski, a lifelong Republican appointed by DeSantis to the 12th Circuit Judicial Nominating Commission, which selects judges, resigned from the panel on Tuesday after reviewing the search warrant used to seize electronic devices from Jones. Armed police raided Jones' home on Monday in an investigation of an unauthorized message sent over the Florida Department of Health emergency management system. Jones helped build the state's coronavirus data dashboard before she was fired for insubordination in May. She claimed she was fired for refusing to manipulate data to cast the state's infections in a more favorable light and alleged that DeSantis ordered the raid in retaliation, which his office denies.

Filipkowski, a former state and federal prosecutor, said in his resignation letter that he was "increasingly alarmed" by DeSantis' "reckless and irresponsible" pandemic response but the raid on Jones was "unconscionable."

Filipowski, a Marine veteran, said that even if Jones was behind the message he would "still call her a hero." He added that he found the governor's office claim that DeSantis was unaware of the raid "not credible."

Jones said on Monday that police pointed guns at her and her family, which the Florida Department of Law Enforcement denied, and seized her computers and hardware that she used to maintain her own coronavirus data dashboard. The FDLE said they traced the source of the message to Jones' home.

Jones denied that she was behind the message and accused DeSantis of trying to "intimidate scientists" into silence. DeSantis' office said he only learned of the raid after it happened.

The message, which was sent to 1,750 recipients who are mostly first responders, urged people to "speak up before another 17,000 people are dead."

"You know this is wrong. You don't have to be a part of this," the message said. "Be a hero. Speak out before it's too late."

The Tallahassee Democrat reported that the search warrant used to seize Jones' electronics was signed by Circuit Judge Joshua Hawkes, who was appointed by DeSantis in September.

"The judge who signed the search order of my house was appointed by Governor Desantis and sworn in less than a month before he signed that warrant. In civil court," Jones wrote on Twitter. "He's not even a criminal court judge. It was one of his first actions as judge."

Jones said that the seized electronics contained "evidence of corruption."

Filipowski, who was twice appointed to the panel by former Gov. Rick Scott and once by DeSantis before going on an anti-Trump bend and working with The Lincoln Project in support of Joe Biden, told CNN that he watched the video of the raid and "couldn't believe what I was seeing."

"Then I read the search warrant, and I'm a criminal lawyer, and I couldn't believe what I was reading in the search warrant about how broad it was, about what they were alleging as a supposed crime," he said. "I was just really outraged by the whole situation. And then the final straw was hearing Gov. DeSantis' spokesman… say he didn't know anything about the raid… Which I found to be fantastical. Just not credible."

Filipowski said there was "no way" a "small" law enforcement agency like the Florida Department of Law Enforcement, which reports directly to DeSantis, went ahead with the raid without clearance.

The lifelong Republican told the Tampa Bay Times that he felt DeSantis was abusing his power to retaliate against a whistleblower who has been a "thorn in his side" for months.

"You're using law enforcement in intimidating people who are trying to tell the truth and now we are crossing over to my whole life as a prosecutor, employer, crusader," he said. "This is wrong. He is taking it to a different level. "

He added that he hoped his resignation "in my own little way could draw some more attention to it" and "to the plight of the people of Florida who I feel are not being told the truth about COVID."

Democrats in Florida have also spoken out against the raid and called for an investigation.

"We got a situation where they show up at a home and draw guns for a data break. This is outrageous." Democratic State Sen. Annette Taddeo said. "I really felt like am I really watching something happening in the United States or in Cuba."