Chuck Schumer reportedly had to ask Feinstein to step down from Judiciary post twice; she forgot the first time 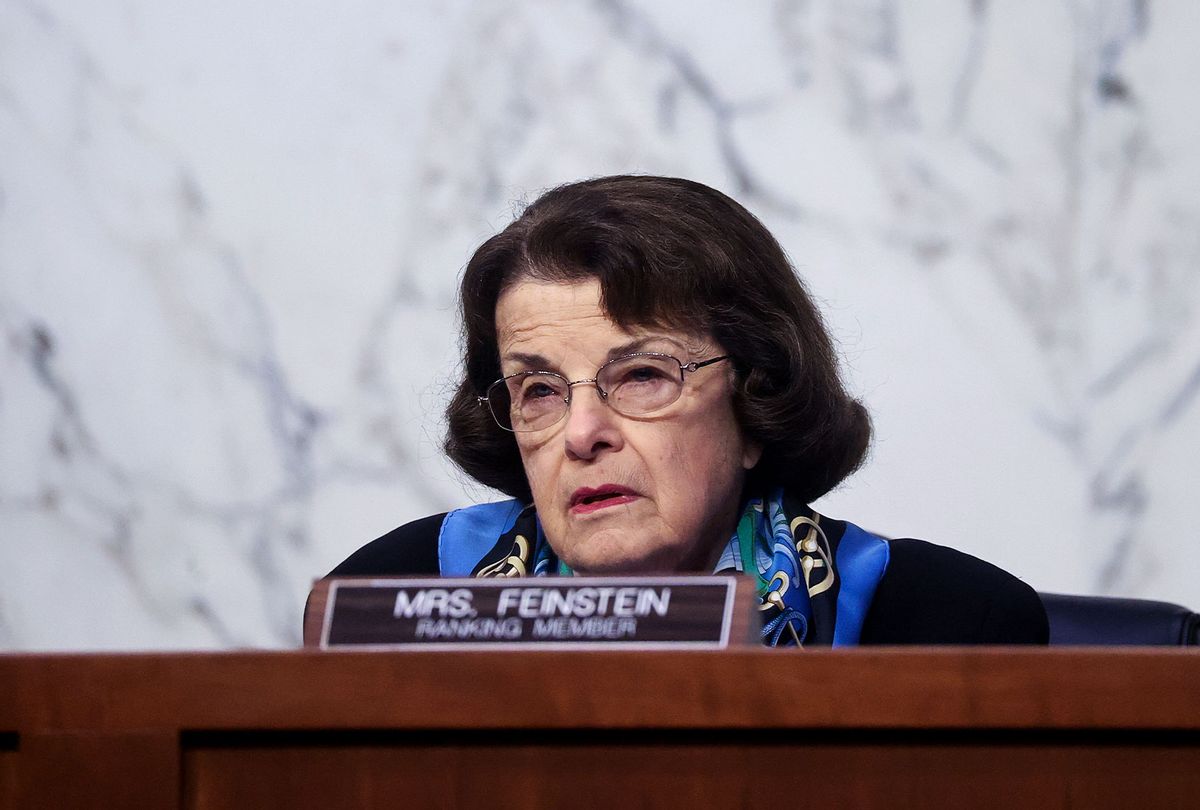 Numerous current and former aides and allies have raised concerns about the cognitive abilities and possible memory loss of Sen. Dianne Feinstein, D-Calif., who recently agreed to step down as the top Democrat on the Senate Judiciary Committee, according to The New Yorker's Jane Mayer.

Feinstein, who is 87, agreed to take a diminished role on the committee after she was confronted by Senate Minority Leader Chuck Schumer, D-N.Y., following backlash over her handling of Supreme Court Justice Amy Coney Barrett's confirmation hearing. But some people close to Feinstein told Mayer that her handling of the hearing was the culmination of problems that had been raised for years. Others close to Feinstein argued that the concerns were "exaggerated."

"Many" sources familiar with Feinstein's situation told Mayer that it has been "evident for several years" that Feinstein is "seriously struggling."

Feinstein's "short-term memory has grown so poor that she often forgets she has been briefed on a topic, accusing her staff of failing to do so just after they have," Mayer reported. "They describe Feinstein as forgetting what she has said and getting upset when she can't keep up."

These private concerns came to a head during the Barrett hearings, when the California senator was once again in the public eye as ranking member of the Judiciary Committee.

Feinstein also came under criticism during the 2018 confirmation hearing for Justice Brett Kavanaugh, when she did not disclose Christine Blasey Ford's allegation that Kavanaugh had sexually assaulted her in high school to the FBI before it was leaked to the media. Schumer installed a former aide to "embed" on the Judiciary Committee staff ahead of Barrett's confirmation to "make sure the hearings didn't go off the rails," Mayer reported, but the "precaution nonetheless failed."

As Democrats harangued Republicans for trying to jam through a justice in the final months of Trump's presidency after blocking Barack Obama's final-year nomination of Merrick Garland, Feinstein instead hugged committee chair Lindsey Graham, R-S.C., and praised his "fairness" in running "one of the best set of hearings that I've participated in."

Barrett's popularity rose during the hearings and Feinstein came under fire from Democratic-aligned groups.

Ilyse Hogue, the head of NARAL Pro-Choice America, called for Feinstein to be replaced after she "offered an appearance of credibility to the proceedings that is wildly out of step with the American people."

Brian Fallon, the head of the progressive advocacy group Demand Justice and a former aide to Schumer and Hillary Clinton, said it was time for Feinstein to "step down" and "if she won't, her colleagues need to intervene."

Schumer had "several serious and painful talks" with Feinstein and even made "overtures" for help to her husband, which "surprised and upset" the senator, according to Mayer.

"She wasn't really all that aware of the extent to which she'd been compromised," a Senate source told Mayer. "It was hurtful and distressing to have it pointed out."

But Schumer then had to have another painful talk with the senator after she forgot the first conversation, according to the report.

"It was like Groundhog Day, but with the pain fresh each time," the source said, comparing the incident to someone taking car keys away from an elderly relative. "It wasn't just about a car. It was about the U.S. Senate."

"The staff is in such a bad position," a former Senate aide added. "They have to defend her and make her seem normal."

Feinstein's lapses have resulted in "disaster" for Democrats on the committee, the former aide said. "Other members were constantly trying to go around her because, as chair, she didn't want to do anything, and she also didn't want them doing anything. She's an incredibly effective human being, but there's definitely been deterioration in the last year. She's in a very different mode now."

The alleged memory problems have occasionally spilled out into public view.

During a committee hearing last month, Feinstein twice asked Twitter CEO Jack Dorsey an identical question about the company's efforts to police disinformation, seemingly without realizing she had already asked it.

Some former aides defended the senator, arguing that the "rumors of her cognitive decline have been exaggerated," Mayer reported, and that "video clips taken out of context can make anyone look foolish."

Some argued that it was widely known that former male senators who had served into their 80s or 90s, like Strom Thurmond, R-S.C., and Robert Byrd, D-W.V., had significantly declined in their later years but kept their committee posts regardless.

"For his last ten years, Strom Thurmond didn't know if he was on foot or on horseback," a former Senate aide told Mayer.

There were some calls for Thurmond to step down amid his decline. But the social media age and propagation of viral videos have brought these issues to the forefront. President-elect Joe Biden, 78, and President Donald Trump, 74, have both faced extensive questions about their cognitive abilities and Twitter users have speculated for weeks about the mysterious bruises and bandages seen on Senate Majority Leader Mitch McConnell's hands in October.

Some former aides agreed that Feinstein had declined but blamed Schumer and the Democratic Party for not intervening earlier, when Feinstein ran for re-election in 2018.

"She should have gone out on top in 2018," a former Senate aide told Mayer. "We only have a hundred senators. I don't think she should be there. Someone should have told her."

In fact, the majority of the California Democratic Party backed Feinstein's primary opponent in 2018 after supporting her through four previous terms. She ran without the party's official endorsement and was easily re-elected.

"In her defense, Feinstein has had to fight for everything she's gotten," a Senate aide told Mayer. "She didn't get where she is as a woman in politics by listening to the men."

The report raised further questions about whether Feinstein will serve out the rest of her term through 2024, when she will be 91.

Schumer said earlier this year that he had a "serious talk" with Feinstein after the Barrett hearing, after which the senator announced she would "not seek the chairmanship or ranking member position in the next Congress."

She added that she looks "forward to continuing to serve as a senior Democrat on the Judiciary, Intelligence, Appropriations and Rules committees as we work with the Biden administration."