Climate action, perhaps the highest global priority of all, will be a tough sell to Republicans, however 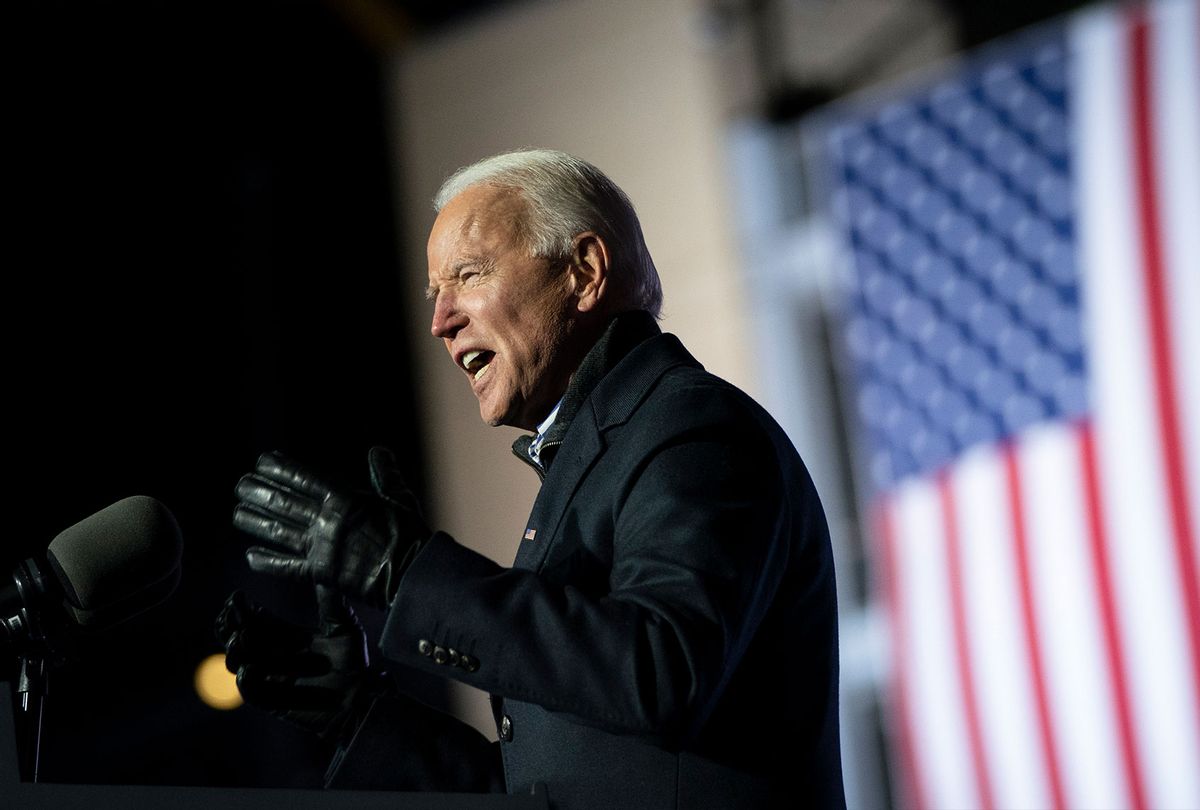 Republicans and Democrats may have more common ground than it seems, a new survey finds.

Our survey — conducted in August and September in partnership with the Chicago Council on Global Affairs and the University of Texas at Austin — asked more than 800 government officials, congressional staffers, researchers, journalists and advocates to assess the likelihood of unified American efforts to address critical international challenges by 2022. They identified several foreign policy issues where building bipartisan policies was "more likely than not."

Bipartisanship was one of the central messages of President-elect Joe Biden's campaign.

Our research did not assess the possibility of unified action on domestic issues, which many experts see as exceedingly unlikely. But it found four foreign policy issues where Democrats and Republicans might come together.

Behind the poisonous partisanship on display in Washington, Democrats and Republicans mostly agree on U.S.-China policy.

During the Trump administration, Congress acted in a bipartisan manner to sanction China for persecuting the Uighurs, a Muslim ethnic minority, and for repressing pro-democracy protesters in Hong Kong.

Democrats and Republicans also agreed that the United States needed to overhaul how it finances overseas development to compete with China, which has earned goodwill from Africa to Latin America by building roads, dams and other critical infrastructure.

More than nine out of 10 foreign policy officials and experts we surveyed thought it at least somewhat likely that the U.S. will make a major effort during the next two years to counter the continuing rise of China. Among those who expect such an effort, 87% think it is more likely than not to be bipartisan.

Despite the severe politicization of COVID-19, bipartisanship is within reach on future global health challenges, our study shows.

Six out of seven foreign policy professionals anticipate a big push within the next two years to prepare for another global pandemic. Of those, 78% think it will attract support from both sides of the aisle.

A substantial gap separates the two parties on the preferred balance between protecting public health and maintaining normal economic activity during the coronavirus pandemic. But the parties have worked together in the past to reduce the global spread of HIV/AIDS and to invest in the development of coronavirus vaccines.

Cooperation is feasible, too, to protect Americans' digital information from overseas adversaries.

By 2022, more than three-quarters of officials and experts predict Democrats and Republicans will have come together on other major steps to protect the United States against international cyberattacks.

Trade is another policy area Democrats and Republicans may rally around, according to our research.

It won't be easy to undo Trump's "America First" policy, which imposed tariffs on key imports like steel and closed off foreign markets to American manufacturers. But 65% of those expecting a major effort by 2022 to expand international trade anticipate that it will be bipartisan.

There is precedent for such collaboration. Trump's United States-Mexico-Canada trade agreement was passed with bipartisan approval earlier this year.

Americans today are more polarized than at any time since the Civil War, and Congress is bitterly divided.

But history shows foreign policy can rise above the partisan fray. And dozens of Republican former national security officials endorsed Biden's candidacy because they were "profoundly concerned about the nation's security and standing in the world under Donald Trump."

Biden's nominations of foreign policy officials who are highly regarded across the aisle, such as Anthony Blinken for secretary of state, lay the groundwork for bipartisan action.

Six of 10 Americans see climate change as a critical threat, and Biden signaled the importance of the issue by naming former Secretary of State John Kerry his climate envoy, a new Cabinet-level position.

But Republicans are much less concerned about climate change than other Americans, research shows. Only a few GOP legislators acknowledge that even gradual steps must be taken. The two parties are sharply split over such basic policies as whether to mandate reductions in greenhouse gas emissions.

[Get our most insightful politics and election stories. Sign up for The Conversation's Politics Weekly.]

Only 18% of the foreign policy professionals in our survey who foresee a major climate initiative by 2022 think that it will be bipartisan.

To aggressively tackle the climate crisis, Biden will likely need to rely largely on executive action — just as President Barack Obama did.

Dina Smeltz is a a senior fellow at the Chicago Council on Global Affairs.