You don't have to be a skilled decorator to make these cute, flavorful holiday shortbread cookies 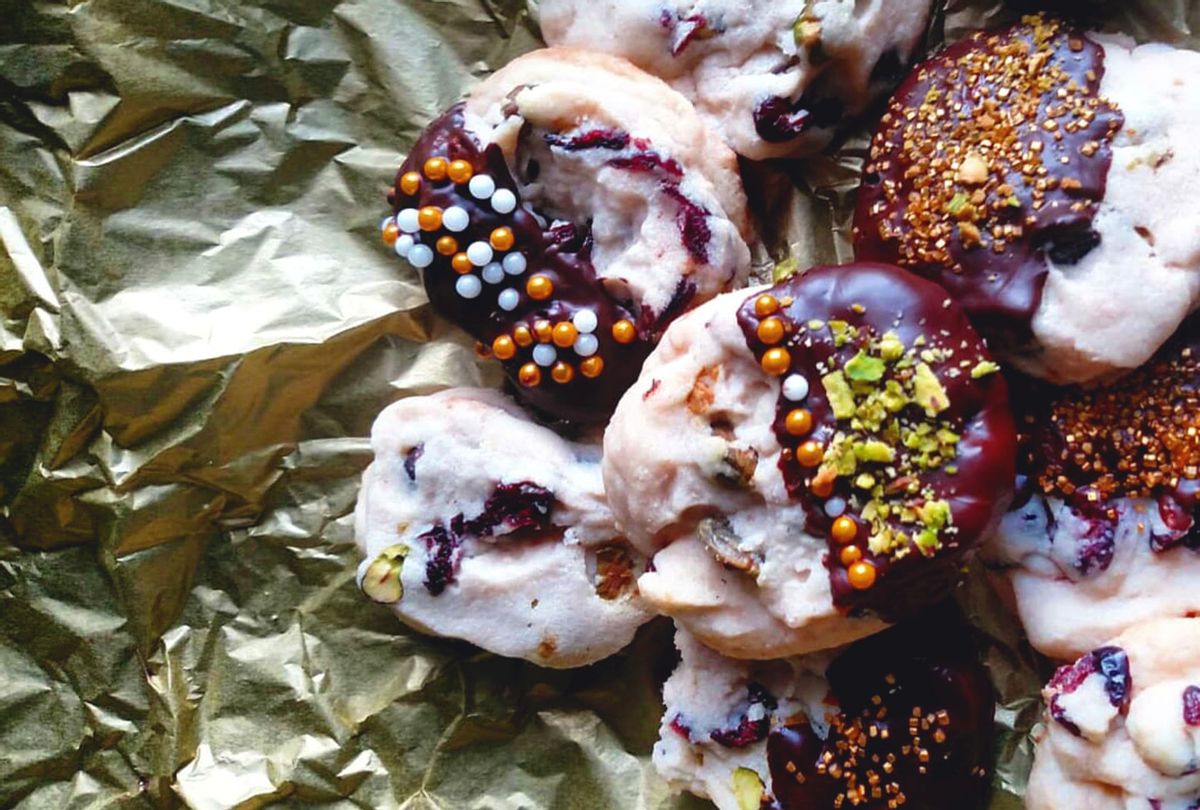 When it comes to baked goods, I am not a skilled decorator. That's a thing that I've been slowly trying to change, especially during my increased at-home time during the pandemic. I took a virtual challah braiding workshop, I've scoured YouTube for how-tos and spent a lot of time playing around (read as "failing again and again") with using piping tips to make buttercream look like a pot of succulents.

That said, as the holidays approach, I'm still far from bakery-level precision, so I've been on the lookout for kitchen accessories and ingredients that create beautiful baked goods without having to navigate fondant and frosting bags.

I've found a few options. There are some absolutely stunning cookie stamps and engraved rolling pins on the market. There are also recipes like Sarah Kieffer's Neapolitan Cookies, which are made with striking food coloring. But my favorite — and I recognize this is a little cliché – are sprinkles.

Sprinkles became my pandemic obsession shortly after I first saw a video of them being made. They start as hefty blocks of a sugar-laden cornstarch dough that's been saturated with vibrant edible dye. Those are then pushed, Play-Doh Fun Factory-style, through an extruder, where spaghetti-like strands emerge and flop onto a conveyor belt below. They're then deposited into what essentially looks like a big clothes dryer where they roll around until they are broken into uniform bits. It's like printing magic.

While some people have ASMR, I have videos of sprinkles being made on-loop.

They weren't always solely decorative. In the 15th century, comfits — a predecessor of the modern sprinkle — were made from dried fruits, nuts, seeds or spices that were lacquered with melted sugar. These were sold and consumed for common medical ailments, like headaches and nausea. Eventually, these gave way in the 18th century to nonpareils, which look like sleek little sugar pearls that were used to decorate French pastries.

By the 19th century, American cookbooks started to call see American cookbooks call for sprinkles in recipes and offer suggestions on what color would be most appropriate for certain occasions — so red and green for Christmas, for instance.

In this simple and flavorful shortbread recipe, however, I use pistachios and dried cranberries to provide the red and green (augmented by the addition of golden raisins), and call for golden sprinkles instead. It's like edible glitter and really pops against the cookie's dark chocolate coating.

2. Fold in the flour, baking powder and salt and mix until just combined, then mix in the orange zest, cranberries, and pistachios until a cohesive dough is formed.

3. Create two equal-sized logs out of the dough, and wrap them in plastic wrap. Let the dough chill in the refrigerator for at least 30 minutes.

4. Preheat the oven to 350 degrees and, once chilled, cut the dough into 24 equal-sized rounds (12 from each log of dough) and place the shortbread cookies on a parchment paper-covered baking sheet.

5. Bake the shortbread until just golden, but not browned, 10 to 12 minutes. Remove them from the oven and allow them to cool on the pan for 10 minutes before moving them to a wire cooling rack.

6. Once the cookies are fully cooled (seriously, let them cool all the way or they will crumble too easily to decorate), place the dark chocolate chips and vegetable or canola oil in a small saucepan. Melt it over low heat, stirring constantly.

7. Allow the mixture to cool just slightly, then dip half of each cooled cookie into melted chocolate. Place them on parchment or wax paper, and decorate with golden sprinkles and crushed pistachio pieces.