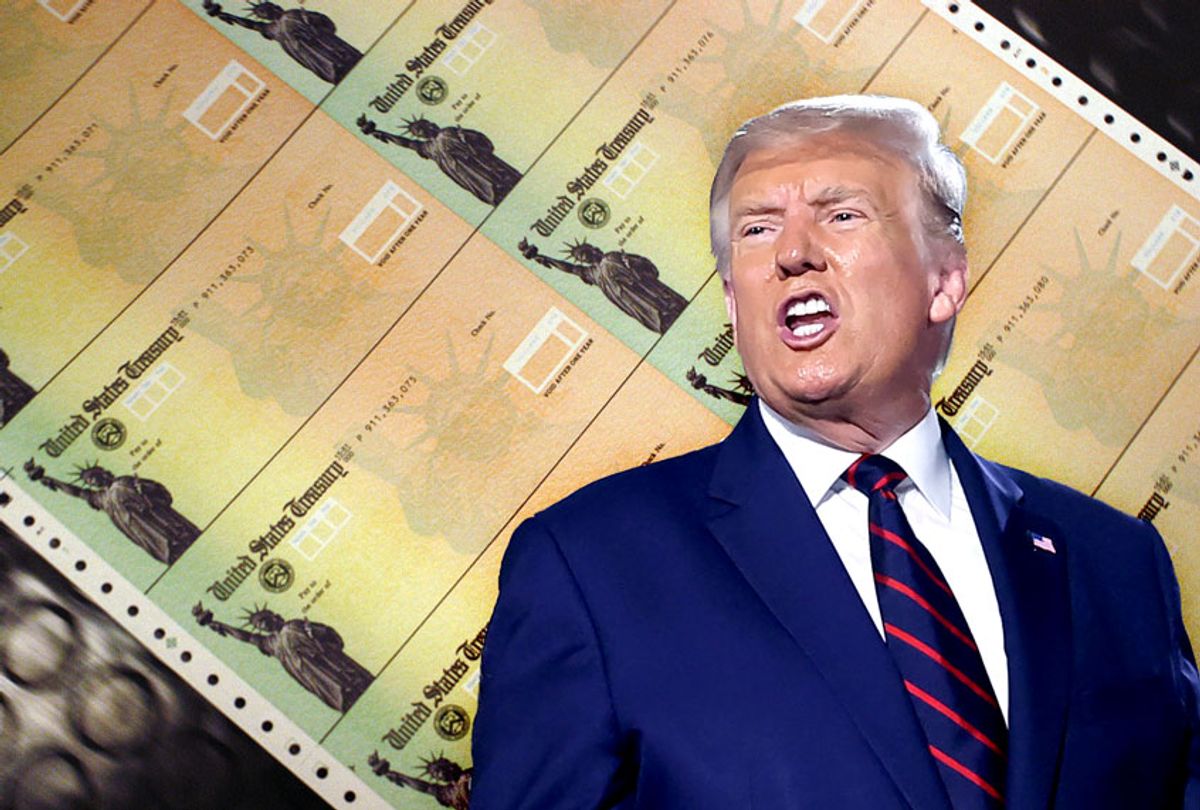 Just weeks away from relinquishing power to incoming President-elect Joe Biden, the Trump administration is quietly launching a last-minute assault on Social Security by rushing ahead with a rule that, if implemented, could deny critical benefits to hundreds of thousands of people with disabilities.

While it is unclear whether the rule can be finalized before Biden takes office next month, Social Security defenders reacted with outrage to the proposal and called on the president-elect to make clear that he will immediately roll back the change.

"It is outrageous," Richard Fiesta, executive director of the Alliance for Retired Americans, said in a statement Monday. "The Trump administration could pull the rug out from millions of Americans, especially older Americans, in the waning days of its administration. Since the day he took office, President Trump has claimed he would protect Social Security. He is showing his true colors again."

Advocacy group Social Security Works called the proposal "a despicable attack on people with disabilities and on our Social Security system" and urged Biden—whose own record on Social Security has been heavily criticized by progressives—to "clean house at the Social Security Administration on day one" by replacing top officials appointed by President Donald Trump.

In the works for months, the Trump administration's proposed rule would significantly revise the criteria by which SSA determines who does and doesn't qualify for disability benefits.

Under current law, applicants with certain serious conditions automatically qualify for benefits; those with other ailments are deemed qualified or not based on an evaluation of additional factors such as age, work history, education, and "residual functional capacity."

The Trump administration's proposed rule, as the Wall Street Journal reported earlier this year, "would no longer assume age seriously affects a person's ability to adapt to simple, entry-level work."

"It would raise the age at which education and work experience are considered in determining eligibility to 55, from 50," the Journal reported. "The new rule would also update data on occupational skills that the agency uses to determine eligibility, based on new information from the Bureau of Labor Statistics."

Another component of the proposed overhaul, according to HuffPost, would "essentially redefine full-time work as 30 hours per week, instead of the usual 40, for purposes of determining whether someone is disabled."

Fiesta warned that the Trump administration's rule—one of many attacks it has launched on Social Security during its four years in power—would impose "a massive change that could push thousands of Americans into poverty."

"Social Security's disability payments are modest, an average of $15,096 each year for the average worker," said Fiesta. "These benefits are not easy to receive; disabled workers go through a lengthy and rigorous process to determine eligibility. We are in a pandemic that is hitting older Americans the hardest. Our government should be helping Americans who can no longer work due to a disability, not scheming to deny them the benefits they have earned over a lifetime of hard work."

Economist David Weaver joined calls for Biden to immediately roll back the Trump administration's proposed change, noting in an op-ed for The Hill on Monday that the rule "could ultimately prevent as many as 500,000 Americans from receiving benefits."

"Looking at recent or modern data, the current system routinely denies benefits to older individuals with serious health problems and diminished prospects in the modern economy," Weaver wrote. "Amplifying these outcomes by trying to get even more denials is not a rational policy approach."

As HuffPost's Arthur Delaney reported last month, Biden will soon have the authority to unilaterally undo Trump's attack on Social Security disability benefits as well as a slew of other safety net cuts the president is attempting to ram through the regulatory process during his final weeks in the White House.

Bethany Lilly, director of income policy at advocacy group The Arc, told HuffPost that if a rule hasn't been finalized by the time the Biden administration takes office, "they can effectively just put a stop to it."

"I would expect the Biden administration to do so," said Lilly.