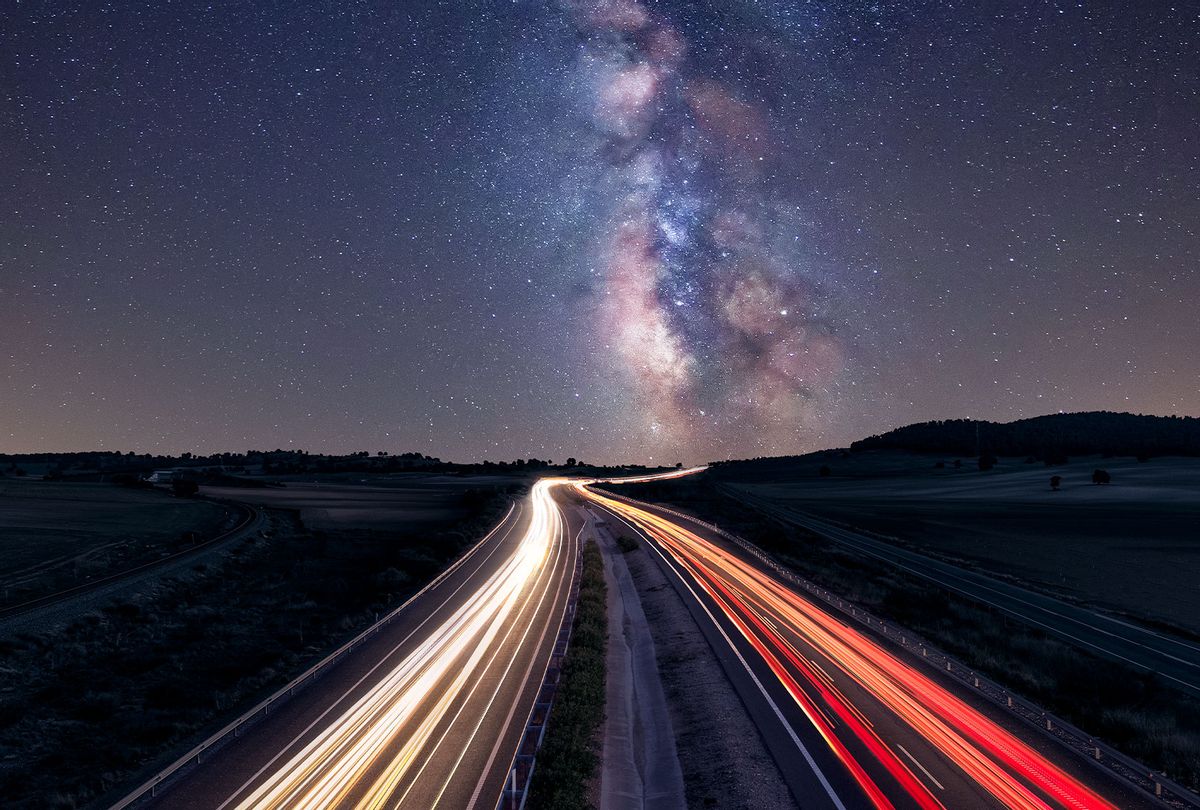 On Earth, highways enable humans to go from one place to another in a shorter span of time. In our solar system, planet-generated space manifolds act as celestial highways where small asteroids, comets, and spacecraft can hitch a ride on a hypothetical space-like jet stream. But what does this network of celestial highways look like in our own solar system — and how fast can one object get from, say, Jupiter to Neptune by leveraging one of these manifolds?

These are questions that astronomers are continuously working to better answer, and according to a recent study published in Science Advances a novel network of these manifolds has been detected extending from the asteroid belt to Uranus and beyond. Together, the structure of these manifolds form a metaphorical "celestial autobahn" in our solar system.

"We observed some routes that transit from Jupiter to Neptune in less than 10 years," Nataša Todorović, a research associate at the Astronomical Observatory of Belgrade and a lead researcher of the study, told Salon via email. Even more exciting, Todorović added: "I do believe it could enable faster space travel."

As expected, the strongest manifolds detected are linked to Jupiter given the planet's mass, according to the study. Interestingly, these strong manifolds linked to Jupiter have "a profound control on small bodies over a wide and previously unconsidered range of three-body energies," Todorović and the study's co-authors note. In other words, they're expected to have a lot of influence on the motion of random space objects like small asteroids.

To put that in perspective, Neptune is the farthest-known planet from the sun in our solar system; it orbits the sun every 164.8 years on average. Saturn is 2,313,267,138 miles from Neptune. These gravitational highways provide short travel times for such long distances.

Todorović emphasized the precariousness of these celestial networks.

"But we should not neglect the strongly chaotic environment, meaning that this course could change easily; finding a fast reliable travel route would require a systematic study of a larger sample of orbits," Todorović said.

Aaron Rosengren, Ph.D., an assistant professor of mechanical and aerospace engineering at the University of California–San Diego and a co-researcher of the paper, told Salon via email that a fitting analogy of their discovery is a "particularly powerful gulf or jet streams of space, which can enable more rapid and cost-efficient transportation throughout the Solar System."

Manifolds are very complex in form, Todorović  explained. Technically speaking, they are energy surfaces that appear from the gravitational interaction between planets and the Sun or moons. Todorović said that manifolds originate from a planet's "stability points," or Lagrange points.

"However, we can not see them in their entirety, since we humans are limited only to 2D-3D shapes," Todorović explained. "Manifolds originating from different planets can intersect, which enables the transition between them; in some way, this will enable that planets are connected via such manifolds, in the sense that an object could travel from one planet to another."

The researchers made this discovery by employing a tool called the fast Lyapunov indicator (FLI), which is usually used to detect chaos in the universe (which is linked to manifolds).

"Here," the researchers wrote in the paper, "we use the FLI to detect the presence and global structure of space manifolds, and capture instabilities that act on orbital time scales; that is, we use this sensitive and well-established numerical tool to more generally define regions of fast transport within the Solar System."

While the idea of manifolds is nothing new, and they've been used in space travel before, Todorović's study reveals more details about this celestial autobahn generated by Jupiter which could lead to more information on the nature of comets originating beyond Neptune — and our Solar system, like the infamous `Oumuamua. As you might recall, 'Oumuamua grabbed the attention of scientists around the world in October 2017 because it had some strange properties which suggested it could be an alien spacecraft, but turned out to be an interstellar visitor.

"These channels are important in spacecraft navigation and also explain the erratic nature of the trajectories of comets originating from the outskirts of the Solar system and getting close to the Sun," Avi Loeb, chair of Harvard's astronomy department, told Salon via email. "It could also help to understand the fraction of objects ejected from the Solar system to interstellar space."