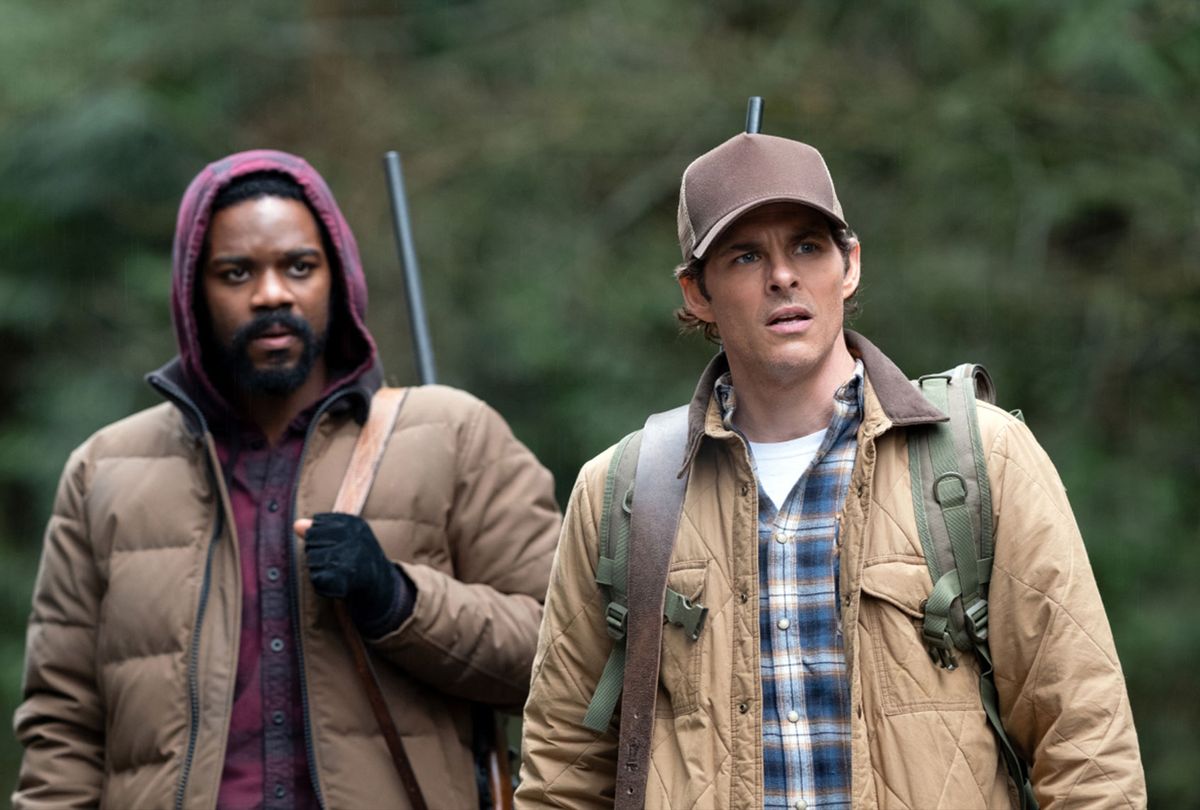 "The Stand," Stephen King's epic journey of 1,152 pages, has enthralled millions. This is proven in the fact that back in the day millions of commuters enthusiastically carted around paperback versions of this doorstop around with them on public transportation, on walks and on trips. Read it and you'll get it: once you're well inside of the story, it is hard to put it down and walk away.

The same can't be said of subsequent attempts to bring it to screen, first in 1994 on ABC and again in 2020 on CBS All Access. But then, that's a common feature among TV adaptations of King's work. The best are watchable due to outstanding components as opposed to the work as a whole; HBO's "The Outsider" comes to mind. Similarly I have no qualms with Hulu's recent adaptation of "11.22.63." The lesser of them are . . . disappointing, if not complete jokes, like ABC's "Rose Red."

The new nine-episode version of "The Stand" capitalizes on some aspects of its '90s predecessor that made its existence memorable if not its substance, mainly its top-tier cast. James Marsden, likable in just about everything he does, plays Stu Redman, the prototypical King antagonist. Which is to say, he's small town gentleman from good stock who finds himself at the center of disaster.

This one is entirely manmade and nicknamed "Captain Trips," a super-lethal strain of influenza developed as a bioweapon that escapes and quickly spreads. Some seven billion people drown in a sea of green mucus and swollen throats, with very few facial tissues in sight. Exactly what viewers want to sit through during the height of an actual pandemic, am I right?

At first Redman is taken into custody and examined by military scientists. Inevitably the virus breaches the facility and Redman is released and left to make his own fate. Or . . . can he? Supernatural forces hailing from the sides of light and darkness call Stu and scores of others to strongholds in Colorado, where the "good" guys gather around 108-year-old holy prophet Mother Abigail (Whoopi Goldberg), and Las Vegas, home of debauchery, killing pits, strippers and endless champagne brunches courtesy of Randall Flagg (Alexander Skarsgård), who may or may not be Satan.

As you may conclude upon reading those celebrity names, the casting of "The Stand" defies criticism. One should expert nothing less from an adaptation whose previous version starred Gary Sinise, Molly Ringwald, Ossie Davis, Ruby Dee and Rob Lowe.

The new version casts a combination of known faces and up-and-comers and enacts a few gender-switches. In the place of the novel's memorably named Rat Man, we have a Rat . . . queen! Not dark but beautiful and terrible as the . . . nah, she's just Rat Woman now, and played by Fiona Dourif.

Jovan Adepo as the tortured pop star on the good guy team, Larry Underwood, is a more inspired choice, as is the decision to cast Amber Heard as Nadine Cross, making her a good bit more vampish than the novel's version. Greg Kinnear further ennobles the place as Glen Bateman, a retired professor who had the good sense to stock lots of potato chips, caviar and smokables in case of apocalypse. And the list of names goes on, including Heather Graham as Rita Blakemoor and Owen Teague as moody incel Harold Lauder, giving us a creepy energy that's a complete about-face from his sensitive 19-year-old suitor in HBO's "Mrs. Fletcher."

A person doesn't have to be familiar with these actors to appreciate what they bring to "The Stand" (and actually, the most affecting performance comes from Henry Zaga, playing Mother Abigail's deaf-mute champion Nick Andros), but over the long run it helps if only to appreciate the aptness of the casting director's choices here.

There may be no better or less problematic representative of good will and common sense that Goldberg, a figure synonymous with keeping "The View" tethered to sanity on any given day. Skarsgård will forever be associated with the brooding vampire noble Eric Northman on "True Blood" and Nicole Kidman's abusive husband Perry on "Big Little Lies." His Randall Flagg vibrates on the same level, and because of them we're primed to understand his character's seductiveness and brace ourselves for blithe acts of lethality.

In reading this you may get a sense of this adaptation's downside and its eventual unraveling: forging a connection with the characters carries the series to a point, but it only takes a few episodes to realize that there isn't much to build toward in the lead-up to the story's inevitable confrontation between good and evil.

King envisioned "The Stand" in part as an epic on par with J.R.R. Tolkien's "Lord of the Rings" trilogy, and on the page the story lives up to its promise. Nevertheless, the simplicity of its odyssey is masked by the author's extensive development of a slew of character backstories. Such devotion to detail facilitated our connection to more than two dozen characters, heightening our response to their suffering and triumphs. But it also sacrificed its narrative momentum at times.

Onscreen this plays out as a bunch of survivors played by a raft of talented people taking a long time to get to the point of it all and making unnecessarily dunderheaded mistakes as they flail about. This also describes "The Walking Dead" during the energetically moribund season on Hershel Greene's farm, but at least that scenario offered the exciting (and also gooey) threat of zombie hordes shambling around in the woods.

Flagg is a menace because he's the devil, and has a nasty habit of attacking people with murders of angry crows or snarling wolves. This is scary to a point but about five episodes in you'll be hankering for the story to get on with the nuclear showdown already – and that's after we've gotten an eyeful of the skin-sational sex-and-violence festival that is Flagg's Vegas outpost.

I recognize that despite all of this, there are enough King fans around whose faith cannot be shaken and who will hungrily devour "The Stand" because of these highlights, cosmetic though they may be. Who am I to begrudge anyone for seeking out joy in the midst of a pandemic even if that joy starts with a slimier, sweatier depiction of another pandemic? Besides, even those who aren't convinced may be curious to see how the new ending King has written for this version pans out.

Otherwise "The Stand" functions as a reminder that sometimes the greatest blessing the creators of a novel's TV adaptation can bestow upon fans is to diverge from the source material in a way that makes it spellbinding to watch, maintaining enough of its elements to capture the essence of the story's greatness.

"The Lord of the Rings" not only survived Peter Jackson's interpretation, it thrived off of the films' popularity. King famously had issues with the artistic license Stanley Kubrick took in his interpretation of "The Shining," but that took nothing away from either the novel or the film's iconic stature. Someday someone will have the creative bravery and skill to pare down "The Stand" into a solidly watchable made-for-TV effort. Hopefully we won't be 108 by the time that happens.

The premiere of "The Stand" is currently streaming on CBS All Access. New episodes drop weekly on Thursdays.