The sexual frustration of "Mrs. Fletcher" 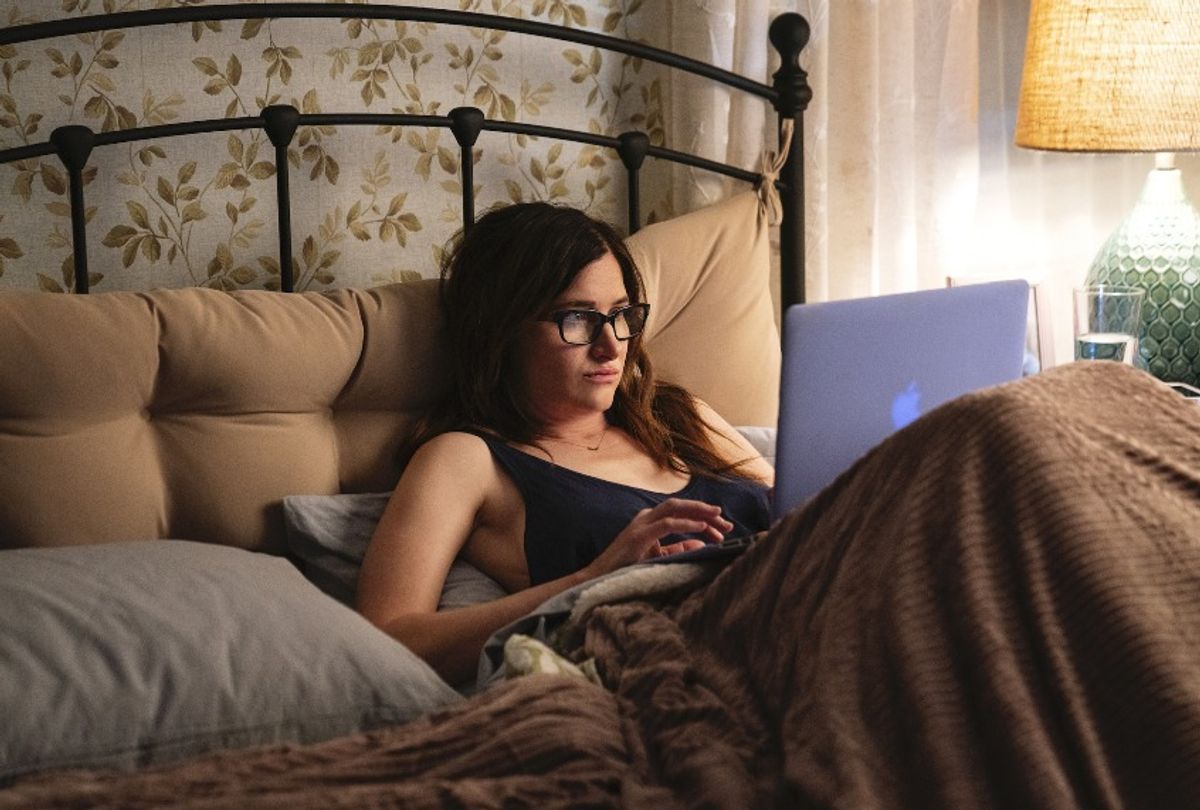 Characterizing “Mrs. Fletcher” as a sexual and personal coming-of-age is an easy, titillating sell to an HBO viewer. Describing it as the middle-aged bookend to “Euphoria,” the network's controversial series about Gen Z suburbanites that resembles a neon-colored high-speed crash of sexuality and party drugs, is a handier elevator pitch to the question of what this show is like and what it’s about.

These summaries are easier to understand than the identity crisis-meets-intimacy anemia encapsulated within the limited series’ seven episodes. That in itself takes on various meanings and shades throughout the story culminating, but not resolving, in a final episode that appears to dangle off a cliff into a yawning and obscure “Now what?”

Maybe that’s just fine if you’re expecting HBO to do with Tom Perrotta’s series what it and other networks have done when a limited, supposedly one-and-done project finds success, and calls for a second season. But “Mrs. Fletcher” is no “Big Little Lies” regardless of how fetching and magnetic Kathryn Hahn can be in the title role. Don't get me wrong, she's wonderful — as wonderful as she was in previous roles that bear a resemblance to this one.

Granted, the series is not a terrible way to spend one’s time either, so long as the viewer is aware of what she’s getting into. “Mrs. Fletcher” foregrounds themes of sexual adventure, starting after Hahn’s Eve Fletcher packs her son Brendan (Jackson White) off to college, finds herself struggling to let him fly free.  She has convinced herself that she’s been a protective mother, and that she and Brendan are so very close, even though any passerby can tell he’s aching to be rid of her.

A key sequence tells us everything we need to know about their relationship, and “Mrs. Fletcher” generally: on the drive to college, Eve turns to Brendan and haltingly drops her best version of sage advice in his lap.

“One of the most important things for you to always remember, especially now in this day and age … in life, really … is that you have to be nice to women,” she says. This comes after Eve loads Brendan’s stuff into the car by herself after her ex-husband bails on helping them pack.  But so does Brendan, and for an entirely loathsome reason. The telling part for each of their stories is that Eve lets both of the men in her life get away with their bad behavior, and she seems so accustomed to it that it looks like second nature.

It’s accurate, then, to say an expansive portion of “Mrs. Fletcher” involves Eve’s self-discovery but frustratingly, we’re denied its version of an “O” moment. She has a revelatory peak but no apparent apex, forward movement but no significant shift. To be fair, this is as typical of an TV expectation as every other note of Perrotta’s tale.

Anyway, hiding behind the show’s skirt is a second A-plot about what ramifications lacking self-knowledge can have on the moral and emotional education a parent passes down to her child. The failure to differentiate between sex and intimacy is a major theme “Mrs. Fletcher" has in common with “Euphoria.”

Perrotta, who wrote the novel the series is based on as well as the pilot script, never specifies how Brendan becomes the lunkhead that he is. Nor does it blame Eve or her absentee ex Dave (Josh Hamilton), even though it’s obvious he views his relationship with her and Brendan as a vestige of a life disposed of.

Against these themes, White imbues Brendan with a sensitivity that he wears on his face as a mask of blankness. As abusive and careless as Brendan can be, the audience cannot entirely despise the character because White portrays him as if he’s a vessel made newly aware that whatever substance he’s been filled with is entirely wrong for this world.

There’s a similar subliminal messaging going on with Eve, in whom Hahn achieves wonderful balance between an easily bruised fragility and foul-mouthed frustration. Slowly, and by way of a surprising friendship that she develops with a former classmate of her son’s (an excellent performance by Owen Teague), it dawn on Eve that the generational framework defining her role in a marriage and in parenthood may be insufficient.

Eve has occasion to look back on the person she was late in the series, but it’s less an act of melancholy than a continuation of her empty nester bewilderment at who she has become.

There are enough versions of “Mrs. Fletcher” on TV and in film to get some suspicions as to how the series will climax – so many indeed, that one juncture early on actually made me burst out with “Coo, coo, ca-choo, Mrs. Robinson …” Allowing Hahn to seduce you is easy enough to do, and compensates for much of “Mrs. Fletcher” that is mostly just … fair. The puzzling part is that it ends with possibility for future episodes and storylines, and the sensation that if it doesn’t return to expand upon those unresolved developments, we’ll be fine going on to the next.