"Though my term was only meant to be 6 weeks, I was thrilled to be elected as your SNL President," said Carrey 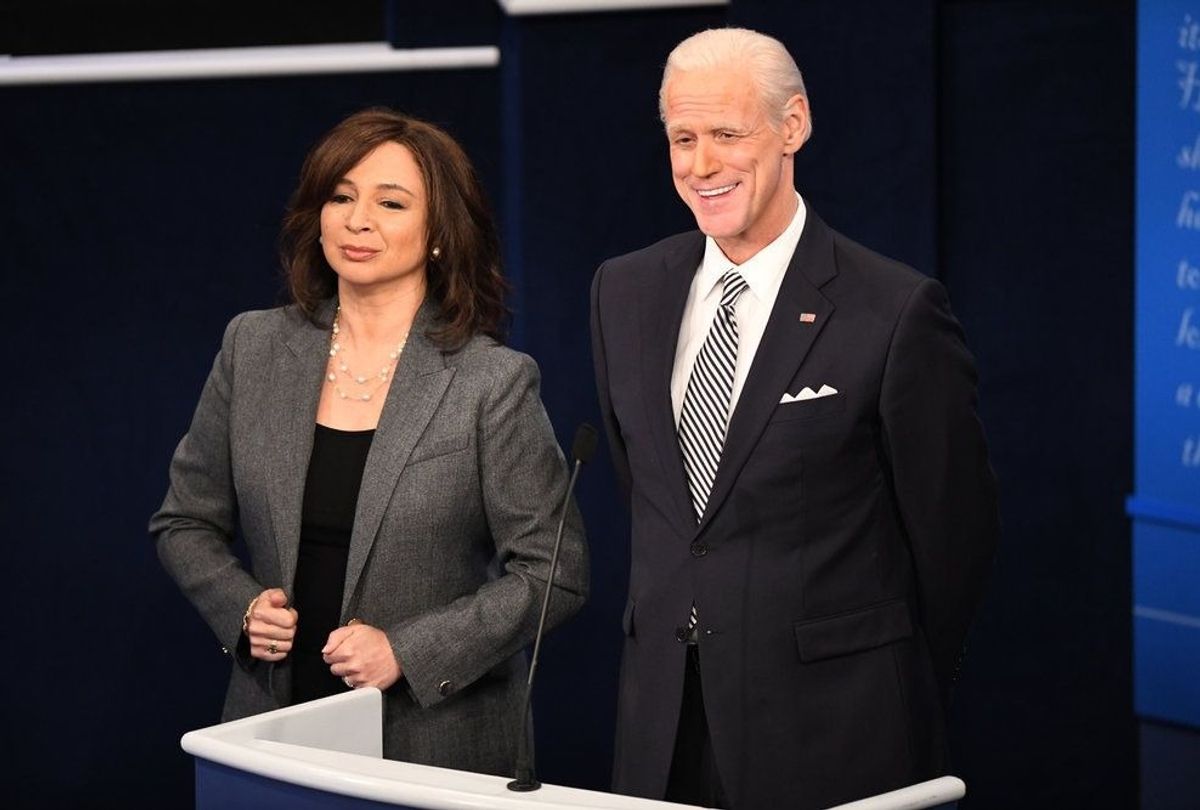 The nation has a president-elect. But who will play him on "Saturday Night Live" as he prepares to be sworn into office?

The question is open anew after actor Jim Carrey took to Twitter Saturday to tell fans he was leaving behind the impression of Joe Biden he has offered over the course of the  first six episodes of the show's 46th season. Carrey has not appeared in sketches in "SNL's" last two broadcasts, nor has Alec Baldwin, who has portrayed President Donald Trump for the past four seasons and the early part of the current one.

"Though my term was only meant to be 6 weeks, I was thrilled to be elected as your SNL President," the actor said via Twitter. " I would love to go forward knowing that Biden was the victor because I nailed that **t. But I am just one in a long line of proud, fighting SNL Bidens!"

Carrey's announcement opens the part to someone else. While "Saturday Night Live" did not immediately offer insight as to who might pick up the impression, Carrey's departure could allow a cast member to take over or give the show a chance to find a different contributor. Former cast member Maya Rudolph has been playing Vice President-elect Kamala Harris in recent episodes.

Playing the role of the U.S. president on "SNL" can be overwhelming. In press reports, Baldwin has suggested he's grappled with some of the response his Trump impression has sparked. Chevy Chase is still remembered for playing a clumsy, stumbling President Gerald Ford in the show's earliest days, and Dana Carvey's impression of President George H.W. Bush was recognized by the Commander-in-Chief himself.

Others have played Biden in the past. Former cast member Jason Sudeikis for many years offered a version of Biden whose brio often overtook an ability to stay on message. Woody Harrelson played Biden during a hosting stint on "SNL" in 2019, and returned to play him once again. John Mulaney played him last season. The first "SNL" cast member to portray Biden was Kevin Nealon, who provided an impression in 1991, when the show lampooned the U.S. Senate's confirmation hearings of Justice Clarence Thomas' nomination the Supreme Court.

Carrey's portrayal took "SNL" to new places. Opening sketches featuring Carrey as Biden were longer and more involved than usual — one was more than 13 minutes in length — and often featured Carrey tangling with Baldwin's Trump; being assisted by Rudolph's Harris; or accompanied by Heidi Gardner's Dr. Jill Biden.

In one of these "cold opens," the ersatz former Vice President transformed himself into a fly and traveled to the national debate between Senator Harris and current Vice President Mike Pence. In the process, Carrey went from imitating Biden to aping actor Jeff Goldblum, who had the starring role as an eccentric scientist in the 1986 film, "The Fly." In another broadcast, Carrey's Biden used a remote control device to turn off Baldwin's President Trump and give the nation a moment of peace.  "Isn't that satisfying?" Carrey's politician asked.

"SNL" viewers will no doubt be eager to see who might play Biden for the next period of time. Given Carrey's resignation, it's certainly possible a new impersonator could be revealed soon. The next broadcast of "SNL" appears tonight on NBC at 11:30 p.m. eastern.