Melania's Christmas card might be photoshopped with an old Trump picture

FLOTUS posted a picture of herself and Trump, but the internet's eye is sharp and its memory lasts forever 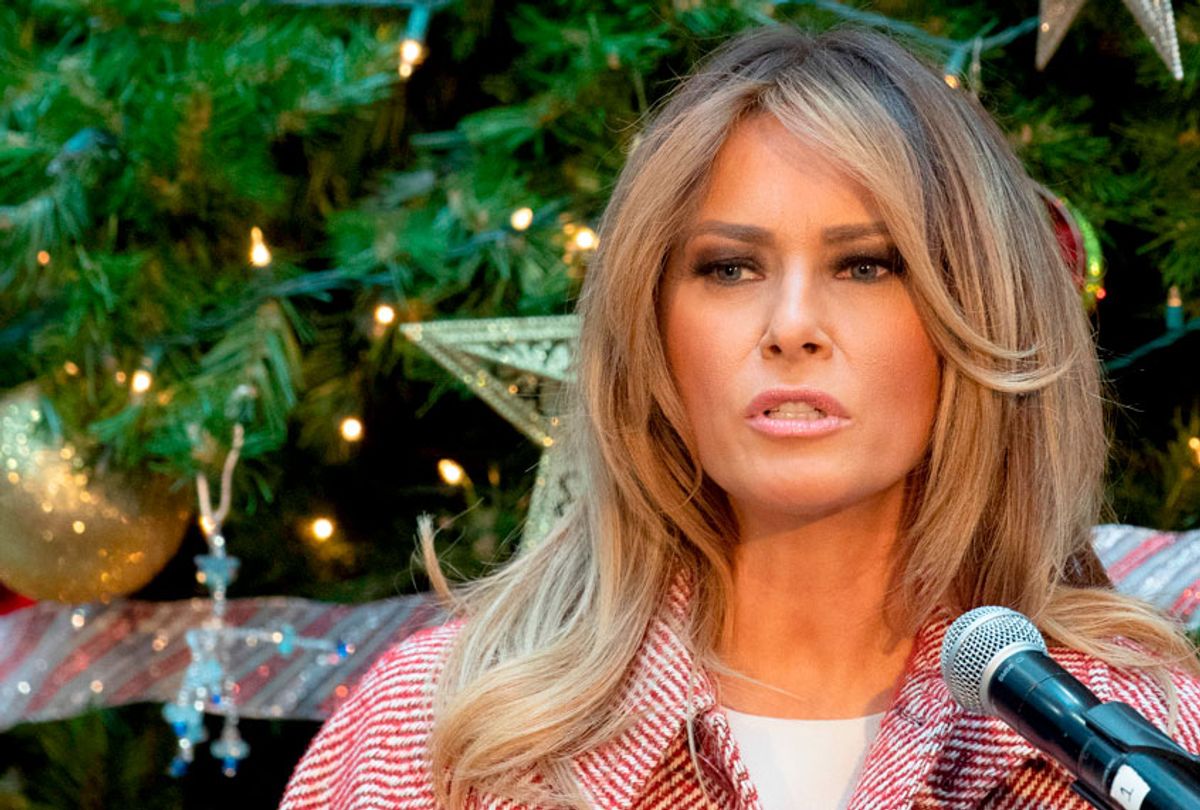 Palace intrigue over the first couple took off after Melania Trump posted the official White House Christmas portrait on Twitter.

"'Merry Christmas from President Donald J. Trump and First Lady Melania Trump,' FLOTUS tweeted on Friday, adding that the photo of the couple wearing matching tuxedos on the Grand Staircase — which was decorated for holidays — was taken on Dec. 10 by photographer Andrea Hanks. However, the internet immediately began to question the authenticity of the snap, accusing the Trumps of Photoshop," In Style magazine reported.

"It makes sense why the Trumps would fake their holiday portrait, as Melania herself has admitted she isn't a fan of her White House Christmas duties," the magazine noted. "Luckily, this is the last year Melania will have to worry about "Christmas stuff" — holiday portraits, included."

Here are some of the examples of people arguing the photo was manipulated: