Why a new coronavirus mutation has some scientists worried

The new mutation, dubbed B.1.1.7, is spreading throughout southern England. Scientists explain what this means 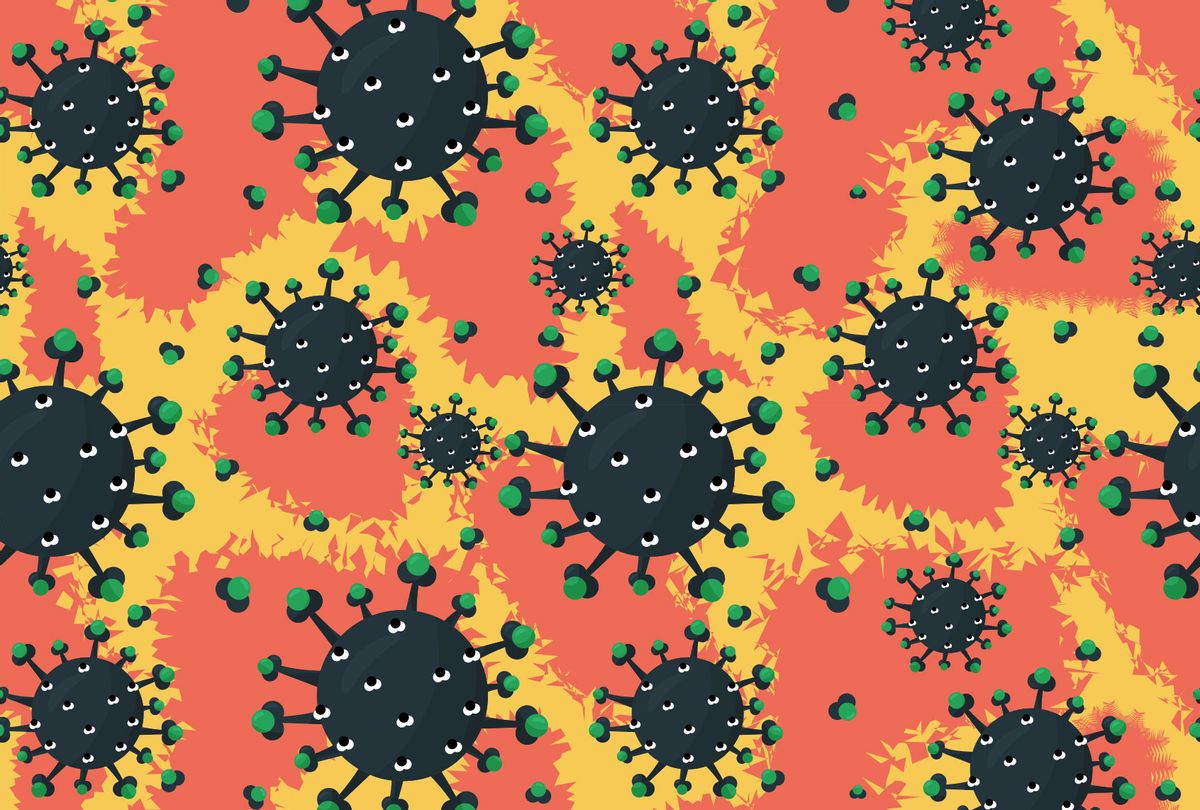 Earlier this week British scientists announced that they had identified a mutated version of the novel coronavirus, or SARS-CoV-2, with the new strain appearing to be more contagious than other variants of the virus that have run rampant throughout the planet.

But is that alone reason for alarm?

Scientists have mixed opinions. The virus mutation does not seem to be more deadly — although coronavirus is already comparatively far more deadly than other very contagious pathogens like flu and cold viruses.

So what does this mutation mean, and how will it affect our own lives and public health? Here's what we know.

The many variants of SARS-CoV-2

Far from the only mutation, there are actually many variants of SARS-CoV-2 that have emerged throughout the world. Yet the discovery of this mutant strain — which apparently has abounded in southern England and existed in samples collected from as early as September — is more concerning. That's because the new strain, known as B.1.1.7, has a relatively larger number of mutations (23). In addition, because B.1.1.7 has spread with unusual virulence in southern England, epidemiologists believe the mutations have made the virus more contagious.

The virus is "just twice as infectious — which makes it very infectious," Dr. Alfred Sommer, dean emeritus and professor of epidemiology at Johns Hopkins Bloomberg School of Public Health, told Salon by email. "And some suggestions it might primarily increase infection in children, who are far less likely to become seriously ill."

His view was echoed by Dr. Monica Gandhi, an infectious disease doctor and professor of medicine at the University of California–San Francisco, who wrote to Salon that "this variant seems to be more efficient at spreading from person-to-person although this increases in transmissibility is still being evaluated. Of note, this particular strain does not seem to have more virulence or make people more sick, although it likely spreads faster."

What does this mutation mean for vaccines?

Presently, it does not seem like this mutation will make the recent vaccines developed by Pfizer/BioNTech and Moderna less effective. The reason is that those vaccines defeat the novel coronavirus in a way that the new mutations do not appear to change. The Moderna and Pfizer candidates are mRNA vaccines, which use synthetic version of mRNA (a single-stranded RNA molecule that complements one of the DNA strands in a gene) so that cells produce proteins similar to those in a given virus and can train the immune system to fight it.

In the case of the Pfizer and Moderna vaccines, they train the body to recognize and fight a SARS-CoV-2 protein called Spike, which is visible as the little points that stick out of the sphere of the virus like spines on a sea urchin.

"The Pfizer and Moderna vaccines produce antibodies that target several parts of the Spike protein," Dr. Russell Medford, Chairman of the Center for Global Health Innovation and Global Health Crisis Coordination Center, wrote to Salon. "To evade immunity, the [coronavirus] would have to develop a variant with multiple mutations targeting these same specific locations of the Spike protein. There is no evidence that this is occurring, or is likely to occur, in B.1.1.7 or other variants."

Still, this does not mean the mutation is not worrisome. Dr. Andrew Rambaut, a molecular evolutionary biologist at the University of Edinburgh, told Science Magazine that out of the 17 mutations that B.1.1.7 was able to develop all at once, eight are in the gene that encodes the Spike protein on the viral surface. Two of them are particularly troubling to Rambaut: N501Y, which increases how tightly the protein binds to the enzyme that helps the virus enter human cells, and 69-70del, which has been discovered in other versions of the virus that have managed to avoid being targeted by the immune systems of patients who are immunocompromised.

Pfizer/BioNTech also expressed concern that the increased contagiousness of the English virus could mean that more people will need to be vaccinated to halt its spread.

And about those vaccines...

The vaccines are still being distributed throughout the United States, although thanks to President Donald Trump missing out on an offer from Pfizer/BioNTech, it is likely that only 50 million Americans will be able to receive its vaccine before the summer of 2021. Priority is currently being given to health care workers, residents at elderly care facilities and essential professionals whose jobs require them to interact with the public and therefore put them at greater risk of infection.