The omissions for a company whose business Loeffler oversees "strain credulity to the breaking point," expert says 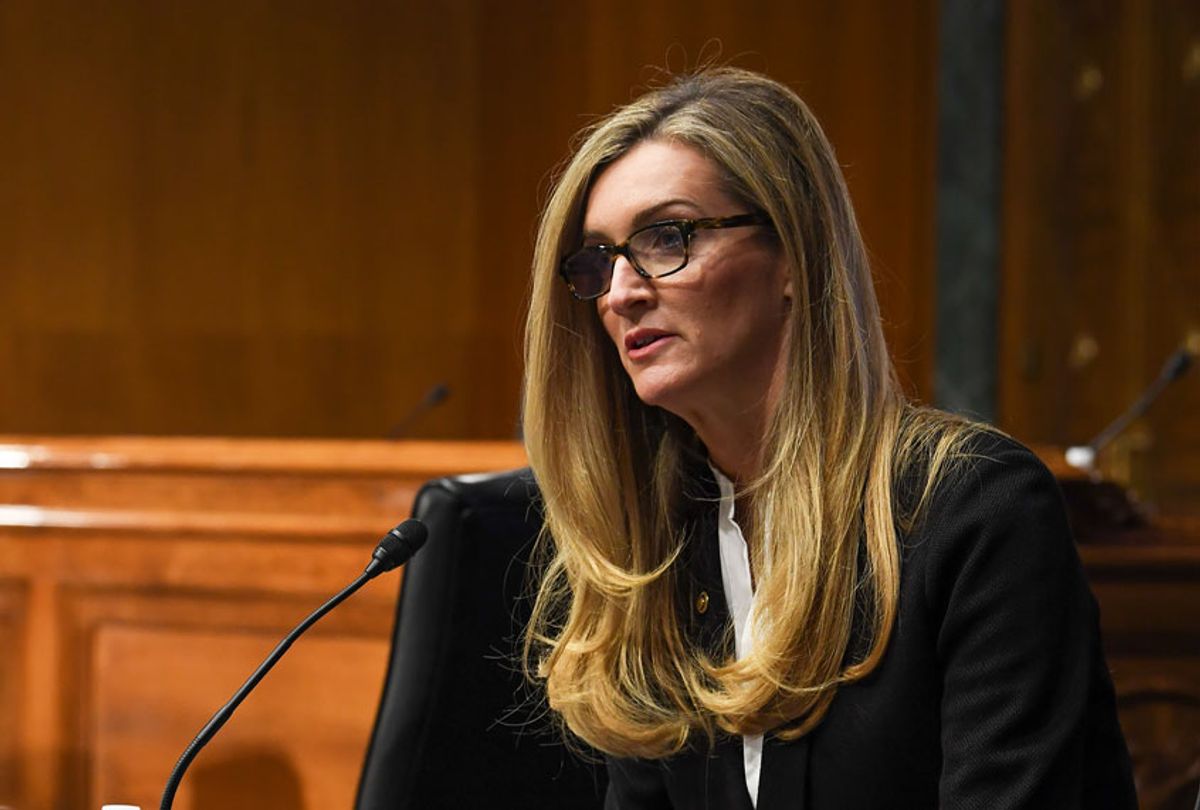 Georgia's unelected Republican Sen. Kelly Loeffler received several recent max-out donations from ten members of the Asplundh family, which owns the eponymous Pennsylvania-based utility and infrastructure clearing company, as well as from the company's president, according to two recent filings with the Federal Election Commission. However, the Loeffler campaign filings did not fulfill the federal agency's requirement to report who employed those donors. Their company,  Asplundh Tree Expert Co., a Pennsylvania-based tree trimming company, notably settled a $95 million criminal settlement after a Department of Homeland Security investigation found the company circumvented laws to undercut competitors by hiring undocumented workers.

Asplundh has also faced backlash in Loeffler's home state of Georgia for discriminatory employment practices against Black employees and applicants. In 2019, the Department of Labor forced the company to pay back wages to employees of color who were victim of the "illegal practices" at its Macon facility. According to a government press release, the action came after an investigation found that, beginning in 2015, Asplundh had discriminated against 124 Black applicants in the hiring and selection process for a number of positions at its Macon facility. As part of the arrangement, the company agreed to make job offers for specific positions, for "eligible class members."

Loeffler happens to sit on the Senate committee that oversees labor and the Senate's forestry subcommittee, which oversees aspects of Asplundh's business. The federal government is also an Asplundh customer, with contracts for infrastructure work through the Department of Energy.

Despite what the Loeffler campaign describes as its "best efforts" — as well as readily available public information, including from the donors' own recent FEC contribution history as well as from the company itself — Loeffler's joint fundraising committee, which shares the same treasurer as the Loeffler campaign, responded to an FEC notice that it had not reported employer information for dozens of donations over the summer.

In addition to the Asplundhs, Loeffler's campaign failed to provide employer information for more than 100 donors in its latest report. Indeed, the campaign for the multimillionaire appointed by Georgia's GOP governor failed to identify employers for hundreds more donors in several reports filed since responding to the FEC notice — for example, here; here; here; and here.

"FEC regulations only require campaigns to use their 'best efforts' to provide occupation and employer information for each donor," Kappel said. "It strains credulity to the breaking point, however, to believe that the Loeffler campaign was unaware that all these members of the same family were actually the owners of the Asplundh company."

Recent FEC reports from Sen. David Perdue, the other multimillionaire Republican Senator under federal scrutiny while facing a runoff in The Peach State, are also missing employer information, though not to the same extent as Loeffler (e.g., here; here; and here). By comparison, none of the recent reports for either Democratic candidate in the Georgia runoffs — Loeffler challenger Rev. Raphael Warnock, and Perdue rival Jon Ossoff — are missing any employer information.

"The FEC will definitely be asking the Loeffler campaign for an explanation for why it failed to provide occupation and employer information for such a large number of contributors," Kappel said.

Loeffler, a former top executive at a financial multinational whose husband chairs the New York Stock Exchange, has for months faced scrutiny from the media, the Justice Department and the Securities and Exchange Commission for well-timed stock transactions made in advance of the coronavirus epidemic. Last week, Salon reported on millions of dollars in donations to a Loeffler-backing super PAC from billionaire hedge fund exec Ken Griffin, who had business before the NYSE. The Senator also happens to sit on the committee that has direct oversight of her husband's companies and her former colleagues and Wall Street associates, and she was also a member of the subcommittee that focused specifically on the subject, only stepping aside after her trades became public. That same committee also has jurisdiction over her brother's agriculture operation in Illinois, which has received millions of dollars in government funds.

A Reuters report two months ago married the two subjects: Members of the Asplundh family have been in talks with investment bankers about a sale in anticipation of possible tax hikes under a Biden administration. The article cites a senior partner at investment firm PJT Partners named David Perdue, son of the Georgia Senator who has also been investigated amid allegations of insider trading.

"Since the summer we have seen a lot of dialogue from family offices about exploring a sale of some assets. Many of these investors are sophisticated about how they handle their affairs from a tax perspective," Perdue told the outlet.

In late November, two days before the first Asplundh maximum contributions to Loeffler rolled in, the company's PAC reported that it only had $1,100 in its account. None of the family donors gave to Loeffler before the general election, according to FEC records.