Are the Trumpers headed for history's dumpster? Don't count on it

Even as elected Republicans turn against Trump, the forces that gave him power remain intact. Beware the future 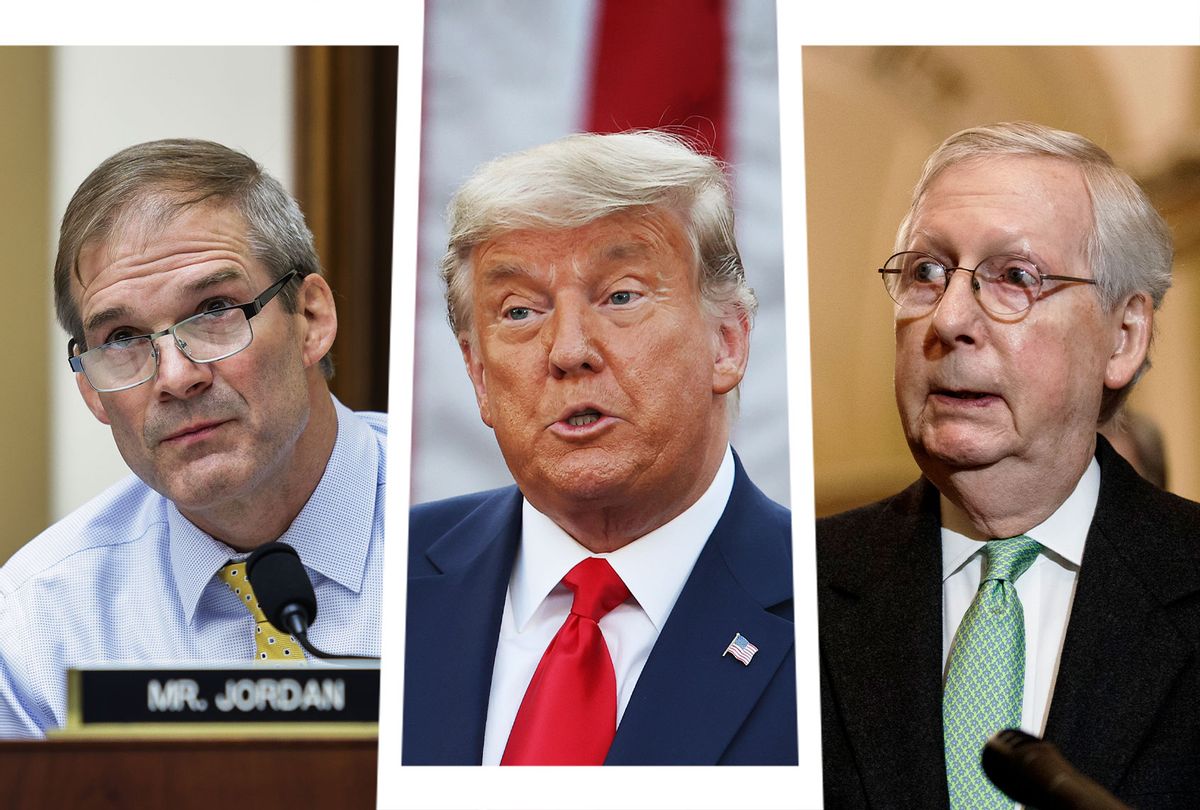 Now, even as they find themselves voting against Donald Trump's ballyhooed call to send $2,000 to desperate Americans, most congressional Republicans, from Louie Gohmert and Jim Jordan to Mitch McConnell, David Perdue and Kelly Loeffler, are finally suffering the Trumpian contempt and public humiliation that executive-branch saps such as Jeff Sessions and Bill Barr suffered as they set themselves up for and squirmed under Trump's all-devouring narcissism.

And so another raft of Trumpsters — this time including a majority of Republican lawmakers — is thrown into history's dumpster. Or so we might wish.

But let's not set ourselves up for embarrassment. It's not yet clear that Trump's millions of diehard believers are learning anything from watching politician after politician bite the dust.

Even in the unlikely event that Democrats win control of the Senate by defeating Perdue and Loeffler in Georgia's Jan. 5 Senate runoffs, potential victors Jon Ossoff and/or Raphael Warnock will inherit, along with Joe Biden, a mess even more dreadful than the awful one that George W. Bush's Republicans bequeathed to Barack Obama and Biden in 2009.

And, once again, Democrats will have to survive a tsunami of unrepentant, unending poison and unquenchable rage.

We can anticipate this because it's happened so often in American history that we, no less than the congressional Republicans, would be setting ourselves up for shock and despair if we didn't take steps to counter it.

Too many Americans who voted for Trump and who crave easy answers and scapegoats for their distress are following the New England Puritans who hunted witches; the masses of desperately poor who swooned in revival rallies and Great Awakenings across the 18th and 19th centuries, prompting the satirist H.L. Mencken to lampoon preachers who dammed brooks by baptizing the faithful; and the lynch mobs and Klansmen and believers who followed such demagogues as Louisiana Gov. Huey Long and Sen. Joe McCarthy.

The journal Democracy has just posted my essay warning that it's happening again. (Salon posted my similar warning in greater detail four years ago, when Trump was rampaging through the Republican primaries and demolishing both parties' establishments.) Many others have issued similar warnings: Chris Lehmann's "The Money Cult" nails more Protestant theologians and preachers than I like to acknowledge as "court poets" of the vulturous capitalism that has deluded Americans throughout our history.

Trump's demagoguery, I write in Democracy, has "enlarged and exploited a social and moral vacuum that was already swallowing faith in the republic and a corporate-capitalist economy that has driven countless little stabs of heartbreak and self-doubt into our lives":

These forces have been dissolving our freedoms for decades now, not out of malevolence but out of  mindless, routinized greed. Trump has focused free-floating, inchoate rage against these material and cultural assaults into a syndrome that substitutes Authority for democracy by feigning populist indignation and by scapegoating women and people of color. His true believers' growing violence won't recede or be reversed even if it's set back. ...

[S]omething like Trumpism will outlast him because the fabric of liberal-democratic and civic republican norms and institutions was weakened long before his presidency: Leaders who weakened citizens' trust in public initiatives and assets were market-fundamentalist economists such as Milton Friedman, James Buchanan (both of whom died before Trump even ran for President), and Arthur Laffer, who advised Trump's 2016 campaign; businessmen who've long meddled in politics, such as the brothers Charles and David Koch and private-equity baron Stephen Schwarzman; and media moguls such as Rupert Murdoch and demagogues Rush Limbaugh and Tucker Carlson.

What differentiates Trumpism from the mass delusions I've mentioned is that we longer have even the ghost of an establishment that, for all its flaws, was credible enough to enough Americans — as, for instance, Franklin D. Roosevelt was — to buy off, deflect and sometimes educate enough stampeding witch-hunters, creationists, race rioters and rabid anti-Communists to give democracy another chance. Even conservative Republicans such as John McCain sometimes accomplished that. Where are they now?

This time, they — and liberal Democrats — have let torrents of casino-like financing and consumer bamboozling, which seem harmless and anodyne but are in fact unprecedentedly powerful and intimately intrusive, turn millions of potentially thoughtful citizens into impulse-buyers who demand to be lied to because they're desperate for easy answers. And so we find today's congressional Republicans, locked in a blind, swooning embrace of delusions about how wealth is created and about how it escapes from the working people who actually create it.