"Kelly Loeffler has been campaigning with a klansman" 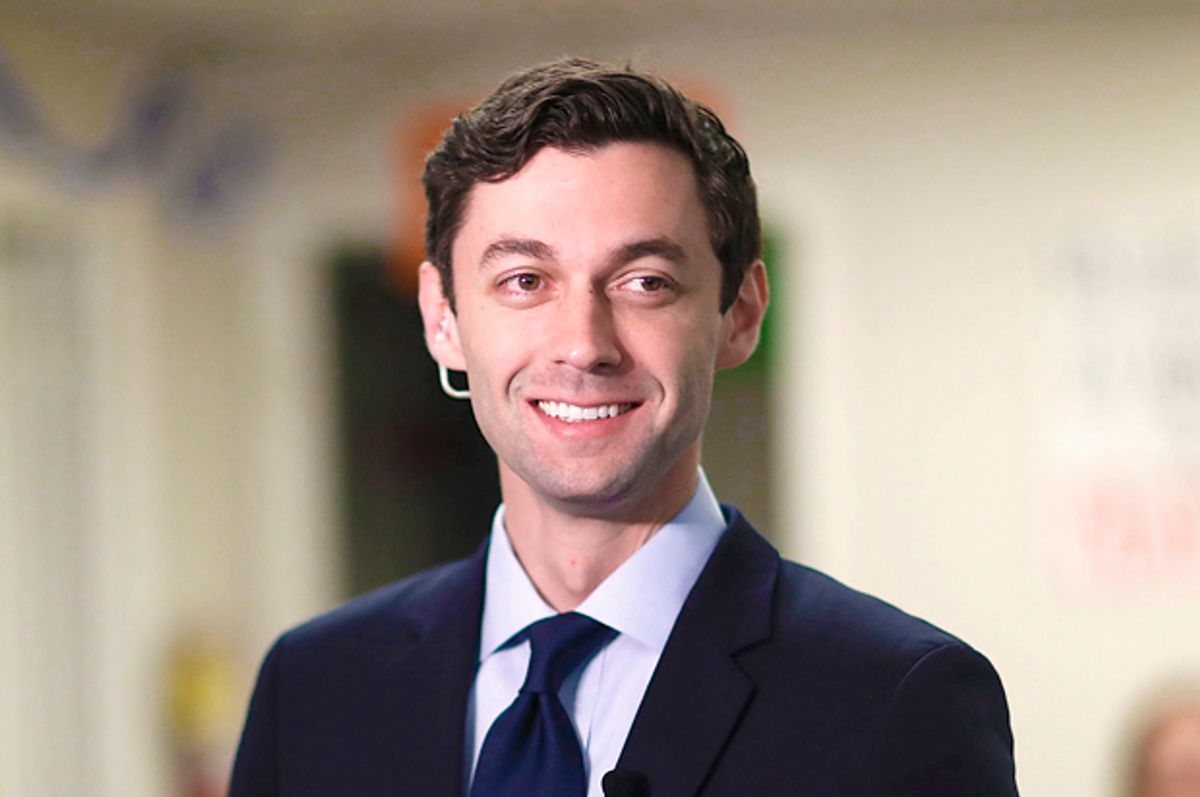 Democratic Senate candidate Jon Ossoff refused to back down on Wednesday when a Fox News reporter attempted an impromptu interview on live television.

As Ossoff was speaking to reporters on the campaign trail in Georgia, correspondent Peter Doocy interrupted to point out that Fox News was broadcasting his answers live.

"Why not talk more about your relevant experience?" Doocy asked.

"I've made my career fighting injustice, exposing war crimes and injustice," Ossoff replied. "I run a business that's exposed terrorism, that exposed sexual slavery by ISIS, that's exposed judicial corruption. And right now, we have a crisis of corruption in American politics."

"And since we're live on Fox," the candidate continued, "let me take this opportunity to address directly the Fox audience. We have two United States senators in Georgia who have blatantly used their offices to enrich themselves. This is beyond partisanship."

Ossoff then "humbly" asked Fox News viewers to go to his website and make contributions to his campaign.

Doocy then interrupted to take a shot at Democratic candidate Raphael Warnock.

"Any concern that the allegations of wrongdoing against Rev. Warnock could possibly be a drag on the Democratic ticket?" Doocy wondered.

"We deserve better than that here in Georgia," he added. "And I want to encourage everybody to make a plan to vote on Tuesday."